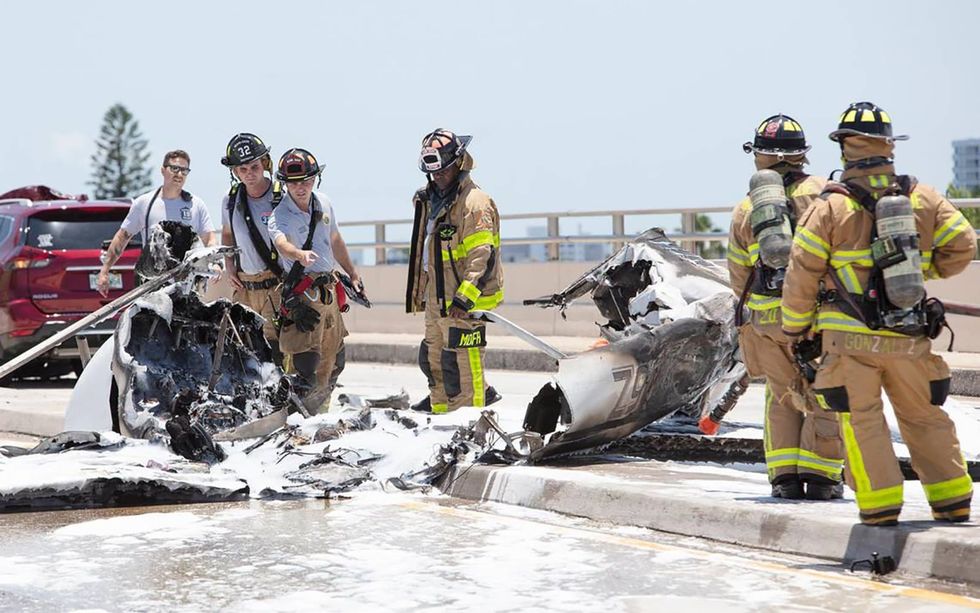 Firefighters work at the scene of a plane crash at the Haulover Inlet Bridge on Saturday, May 14, 2022, in Miami. - Andrew Uloza/Miami Herald/TNS

MIAMI — One person is dead and five others were injured, including two toddlers, when a small plane crash-landed on a bridge near Haulover Park on Saturday afternoon, striking a car and bursting into flames, authorities said. At around 1 p.m., the single-engine Cessna 172 lost engine power and landed on the Haulover Inlet Bridge, the Federal Aviation Administration said. The plane took off from Hollywood-Fort Lauderdale International Airport with three people on board headed for Key West International Airport. A woman and two toddlers were in a car driving on the bridge when the plane made the...