130,000 in Kiev still without power after Russian strikes 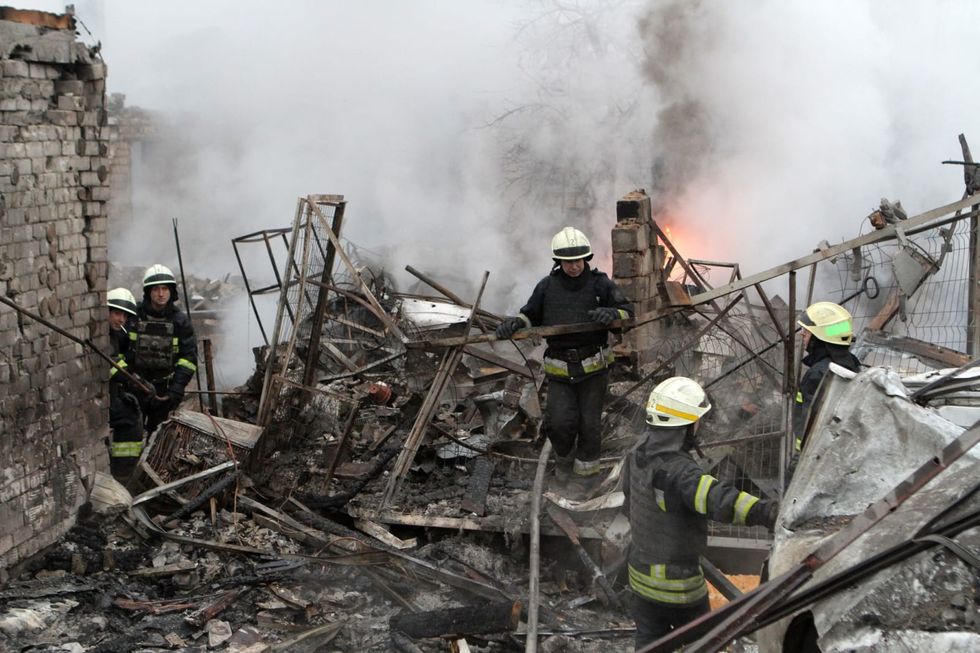 Rescuers remove the rubble at the ruins of a house as a result of shelling by Russian troops. -/Ukrinform/dpa

Tens of thousands of residents in the Ukrainian capital are still without electricity in the wake of intensive Russian attacks, according to the local authorities.

Some 130,000 people in the metropolis of 3 million people were still affected, Kiev's military administration said on Saturday, adding that repairs should be finished in the next 24 hours.

All heating systems should then be working again, the authorities said.

Kiev's mayor, Vitali Klitschko, warned of political unrest due to the power cuts and called for calm.

"We must continue to work together to defend the country and protect the infrastructure," he said, adding that a solution was being sought at "record speed."

The comments come shortly after President Volodymyr Zelensky had criticized the former boxing world champion in an unusually open manner for the slow pace of power restoration.

Electricity, water and heating failed in many other parts of the country as well, with fears high that the crucial services would not be operating properly in the colder months ahead.

Also on Saturday, at least 13 people were injured after renewed Russian missile attacks on the Ukrainian industrial city of Dnipro.

"Four of them are in hospital, including a 17-year-old," the military governor of the Dnipropetrovsk region, Valentyn Reznichenko, wrote on his Telegram channel.

More victims are suspected to be under the rubble of residential buildings.

According to the authorities, a total of seven residential buildings were damaged by the attack. In addition, a warehouse was destroyed.

In addition to Dnipro, the small town of Chasiv Yar in the Donetsk region of eastern Ukraine was also hit on Saturday. In the town, which is under Ukrainian control, an apartment building was hit, injuring three people, according to the military governor of the region, Pavlo Kyrylenko.

The use of the weapons indicates "the level of depletion in Russia's stock of long-range weapons," the Ministry of Defence said, citing intelligence services.

The unarmed missiles on their own would not cause major damage but could serve to distract Ukrainian missile defences, London said.

As the war goes past the nine-month mark, Russia has been staving off a Ukrainian counterattack that has strengthened in recent months.

Since the beginning of the war at the end of February, the British Ministry of Defence has been publishing daily updates on the course of the conflict.

Additionally, the heads of government of Poland and Lithuania reiterated their support for Ukraine's fight against the Russian invasion at a meeting with their Ukrainian counterpart, Denis Shmyhal.

"This war can have only one outcome: Either Ukraine wins or the whole of Europe loses," Polish Prime Minister Mateusz Morawiecki said at the meeting in Kiev, according to the Polish news agency PAP.

"Our support for Ukraine must and will continue until their and our victory," Lithuania's head of government, Ingrida Simonyte, wrote on Twitter after the meeting.

The visit by the leaders of the two EU and NATO countries was organized in conjunction with the official commemoration of the Holodomor, a man-made famine in Soviet Ukraine, 90 years ago.