2 Atlantic disturbances could be tropical depressions soon; there's another wave, too 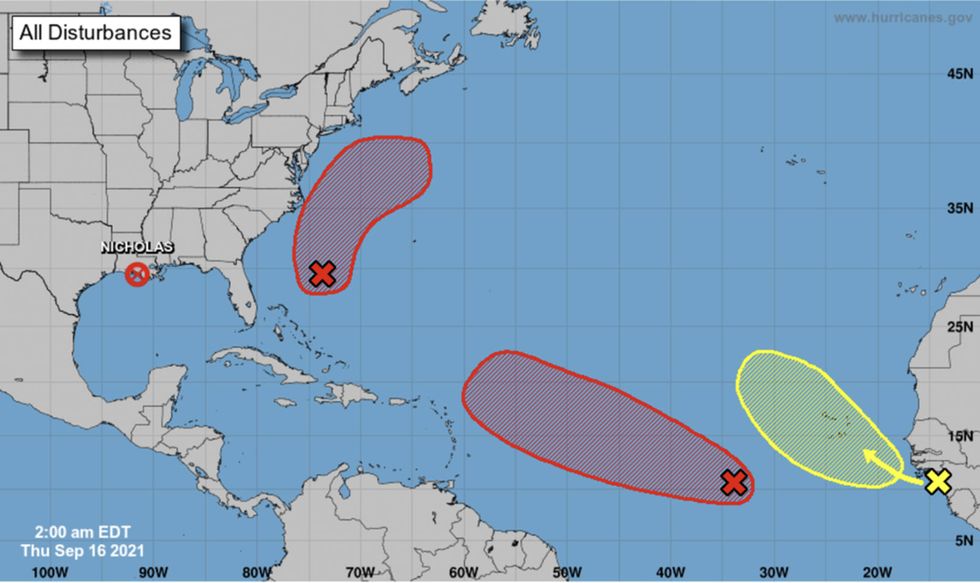 There are three disturbances being monitored early Thursday and two have a high chance of turning into tropical depressions this week as they move across the Atlantic, forecasters said. - National Hurricane Center/TNS

MIAMI — Forecasters are monitoring three disturbances Thursday and two have a high chance of turning into tropical depressions soon as they move across the Atlantic. None of the systems is currently a threat to Florida. The disturbance closest to the United States is several hundred miles to the south-southeast of the outer Banks of North Carolina, according to the National Hurricane Center. Forecasters expect the system will turn into a tropical depression in the next day or two as it moves north-northwest to northward off the southeast U.S. coast. It has a 70% chance of formation in the next...