NYT Mag interviews Charlie Crist: he hasn't found 'the right one' for him 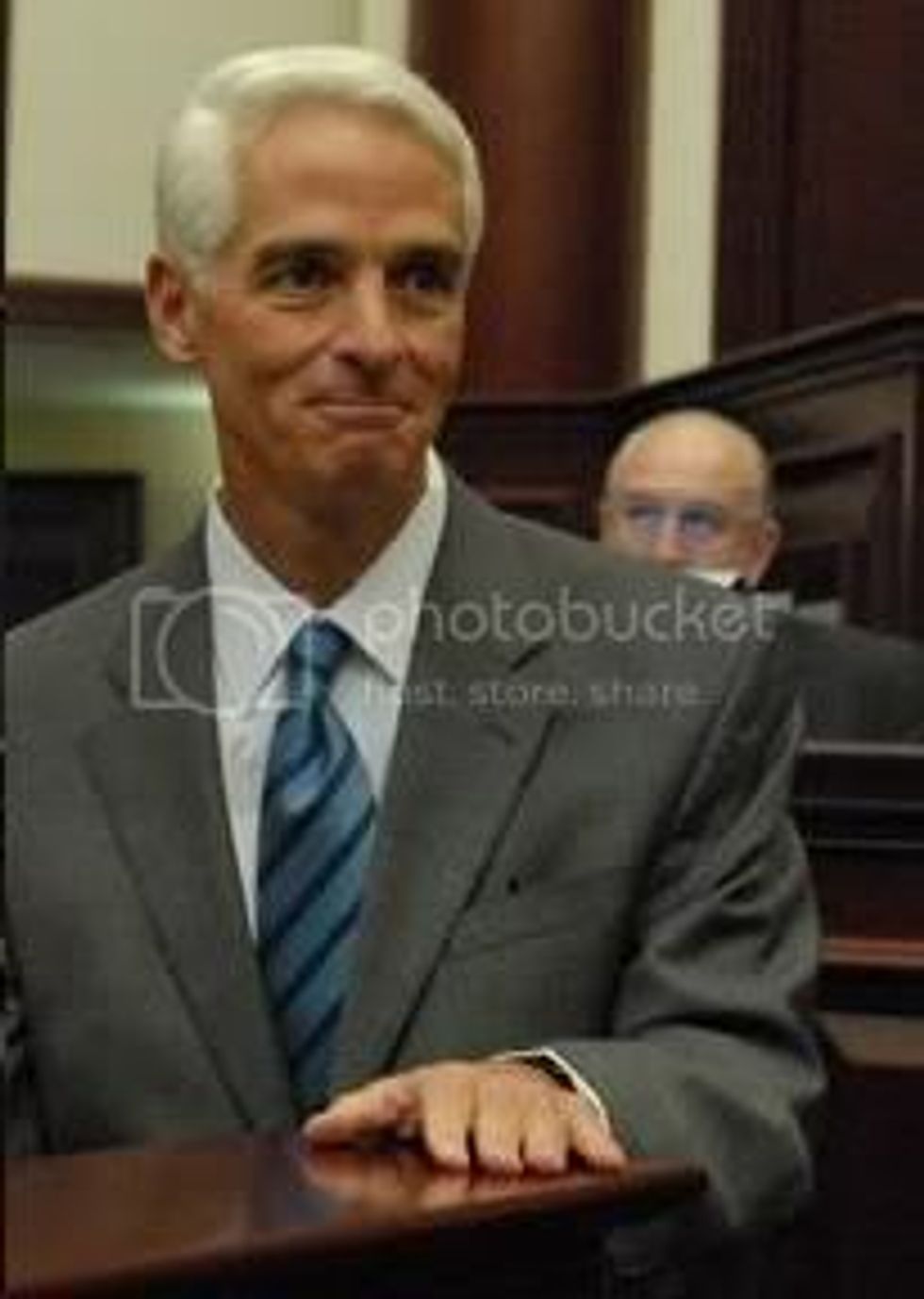 Ever since Florida Governor Charlie Crist helped ace Florida for John McCain, the rumors have been swirling that the tanned, dapper very single Crist is on the short list for VP. Unfortunately for Crist, there were already more rampant rumors already out there about his allegedly selectively padlocked closet door.

The NYT magazine this week featured a Q&A with Crist by Deborah Solomon, and yes, Charlie's dating life came up.

You were married nearly 30 years ago, but the marriage lasted less than a year. Do you prefer living alone? I got married and divorced because it didn’t work out. I haven’t found the right one since. It’s really that simple.

You can’t find one woman in all of Florida? Maybe I have. Stay tuned.

Or would the right one have a schlong? Please. What kind of Q&A is this? You mean the NYT can't just ask The Question? His orientation is relevant given his record, pro and con:

* Crist opposed a bill that would have overturned the ban on the ability of gays to adopt in the state...but...

* Crist said he was 'not moved' to support the marriage amendment that will be on the ballot this fall.

Unlike the NY Times, the folks at the Green Iguana bar in Tampa and the Broward-Palm Beach New Times seem to pretty sure about the governor's same-sex attractions based on his social activities back in the 90s. Hey, Crist could be bi for all we know.

Anyway, the homo buzz had gotten to such a fever pitch that a couple of weeks ago news broke that GOP sleazebag consultant Roger Stone was shopping around a tape of Crist "fooling around in a hotel elevator with his [still married] girlfriend" to prove Charlie's a raging heterosexual. Surely Ms. Solomon could have asked the governor whether canoodling with an adulteress is the kind of activity supported by the party of family values.