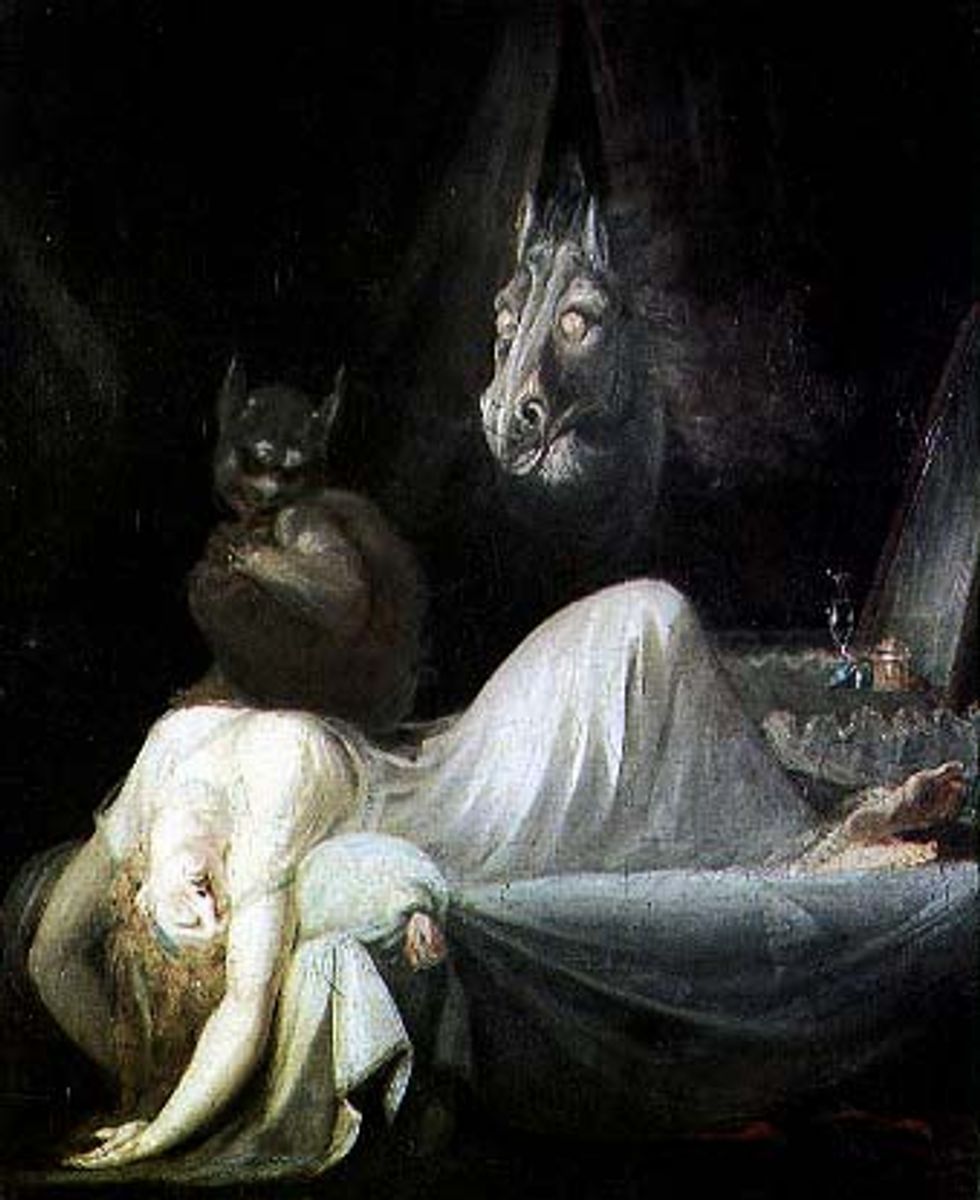 From PZ, a story that's horrifying both on its own and for its implications for the rights of all people, but especially women, whose bodies that the churches claim spiritual ownership over in the name of god. A bit of background: A number of fundamentalist churches believe that sin is caused by literal demons that are invisible but that cling to your body, and need to be expunged by regular exorcisms that are satisfying dramatic to suit their own beliefs that they're waging war. Unsurprisingly, this tradition drifts over to sadism towards the sinners themselves, especially if the sinners are the young women that absorb so much of fundamentalism's fascinated hostility. Which has, in one case at least, caused what sounds like a version of post-traumatic stress disorder.

Laura Schubert testified in 2002 that she was cut and bruised and later experienced hallucinations after the church members' actions in 1996, when she was 17. Schubert said she was pinned to the floor for hours and received carpet burns during the exorcism, the Austin American-Statesman reported. She also said the incident led her to mutilate herself and attempt suicide. She eventually sought psychiatric help.

But leave it to the Texas Supreme Court to decide that physical assault, kidnapping, and generally traumatizing young women is a-okay if you say Jesus told you to do it.

Justice David Medina wrote that finding the church liable "would have an unconstitutional 'chilling effect' by compelling the church to abandon core principles of its religious beliefs."

This sort of logic chills me. I quickly can see the implications for women's rights outside of just the basic right not to be assaulted during a bout of make-believe over demons that people have convinced themselves is real. Most of these churches are anti-choice---what if they argue that their religious freedom gives them the right to kidnap and contain women that they suspect of being sexual active or of seeking abortion or contraception? Is there a time limit on how long a church can restrain a woman because they believe their god gives them ownership over her body?

I joked the other day about Romanian churches that think they have some legal rights over the bodies of random girls and women in Romania. Maybe they should set up shop in Texas, where the reactionary court will give them license to abuse citizens.

'Hand Solo': the one-armed boy who built a Lego prosthesis

David Aguilar was five when he first discovered Lego, entering a world where it didn't matter he was missing his forearm, and four years later, he built his first prosthesis with it.

Now on the verge of finishing a degree in bioengineering, he dreams of working to help other children who, like him, were born different.

How do you help someone with their leg bitten off by a shark? Groundbreaking research by an Australian medic-surfer has uncovered a simple way to stop bleeding and save lives.

Find the middle point between the hip and the genitals, make a fist and push as hard as you can.

Stallion statues and cocaine: Rome has a new mafia

They threatened to dissolve her in acid. But Debora Cerreoni would not be cowed, and her testimony in Italy has proved decisive in exposing a new mafia -- the Casamonica.

The organized crime family hit the headlines in 2015 when it laid on a flashy funeral in Rome for "uncle" Vittorio Casamonica, with his coffin borne on a gilded horse-drawn carriage.