This is what happens when fundies avoid the creative class because of teh gay, and are left with graphic designers without any sense of style. In the Family Reseach Council's latest e-blast, look at the icon designed to represent "traditional marriage" - a genitals-free, shapeless Play-doh figure. I think that says a lot about what they believe marriage is all about. 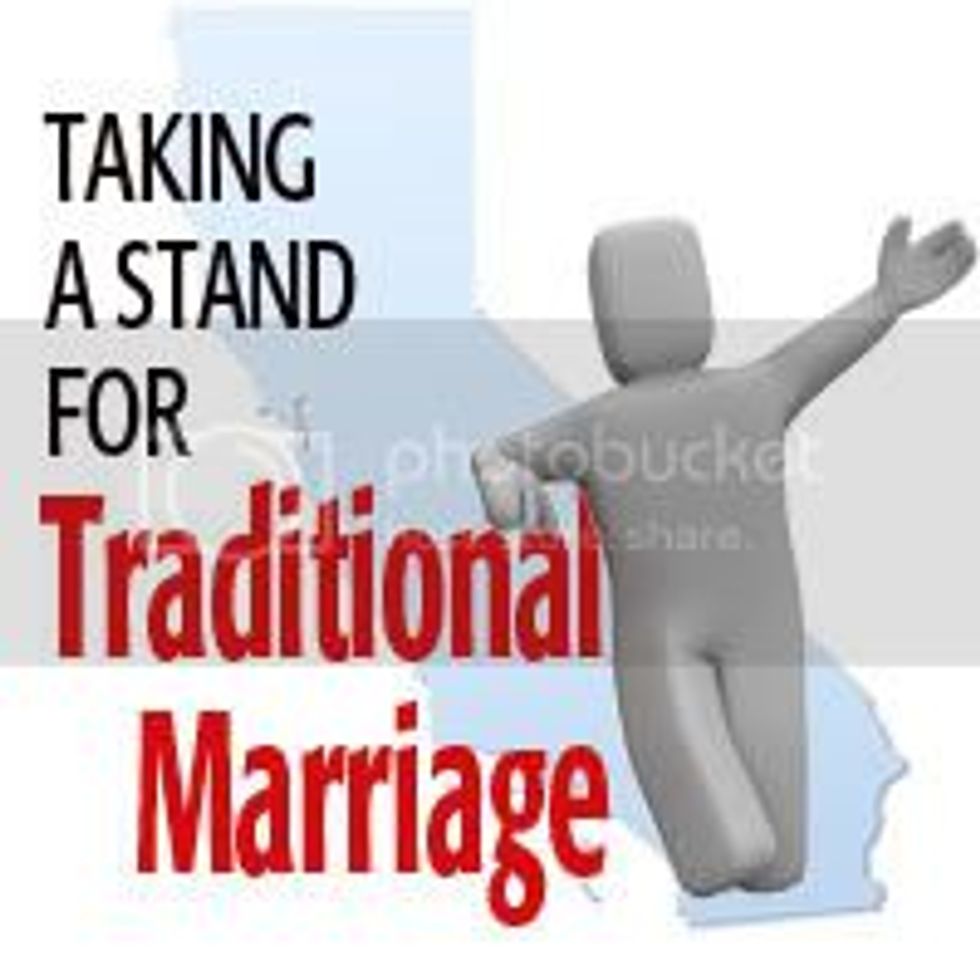 The California marriage amendment cleared its final hurdle yesterday when the same court that imposed same-sex "marriage" on the state agreed to let voters decide whether or not to overturn its ruling. In one swift, unanimous motion, the California Supreme Court refused even to hear the lawsuit brought by homosexual groups which claimed Proposition 8 was "legally flawed." Meanwhile, thousands of same-sex couples are scurrying to "marry" before voters determine the fate of those unions this fall. Local business owners-turned family advocates are doing all they can to ensure the honeymoon with counterfeit marriage is short-lived-and homosexual activists are attacking their right to speak out. Doug Manchester, a devout Catholic who donated to the ballot initiative, is the new target of Californians Against Hate. In a fundraising letter, Hate head Fred Karger called for a boycott of Manchester's Grand Hyatt and Grand Del Mar hotels. Robert Hoehn's gift to preserve marriage not only landed his Carlsbad car dealership on the boycott list but drew protests at his lots. We applaud these men for refusing to be intimidated and encourage Californians not to back down in the face of those who refuse to accept democratic rule.