Barack Obama still has to answer serious questions about his plan to institute a Council for Faith-Based and Neighborhood Partnerships. The idea of federal funds being given to FBOs for secular programs to service at-risk populations is one that pre-dates Bush's politicized iteration.

However, any plan, given the state of civil rights protections, has serious reality-based problems -- there is nothing to prevent a religious organization from firing LGBT employees if there are no state or local protections on the books. Look at this case in Kentucky. No amount of oversight, monitoring, or, at this point, spin control, can make this kind of discrimination go away. (ACLU):

The American Civil Liberties Union and Americans United for Separation of Church and State filed a brief today in a federal appeals court urging the court to allow a discrimination lawsuit to go forward on behalf of a lesbian who was fired from her job at a publicly-funded Baptist group home in Kentucky. The home for vulnerable children required the woman to observe its religious belief that being a lesbian is sinful. The brief also charges that taxpayers should be able to challenge the state of Kentucky's decision to give public funds to a home that imposes its religious beliefs upon the children in its care.

"I put my heart and soul into helping the children who were under the care of Baptist Homes and was making a difference in their lives," said Alicia Pedreira. "It was unfair to be fired for being a lesbian. It's not right that an organization that is funded by state and federal dollars to do work for the state can get away with this."

The ACLU and Americans United filed the lawsuit on April 17, 2000, on behalf of Pedreira charging that it was unlawful for the publicly-funded Kentucky Baptist Homes for Children (since renamed Sunrise Children's Services) to fire Pedreira because she did not observe her employer's religious beliefs about sexual orientation. The complaint also charges that it was unconstitutional for the state to spend taxpayer dollars to fund a religious organization that attempts to indoctrinate children placed under state care with its religious beliefs. After years of litigation, the district court dismissed the case on March 31, 2008. The legal groups appealed that decision to the Federal Court of Appeals for the Sixth Circuit and are urging the court to allow the case to proceed. 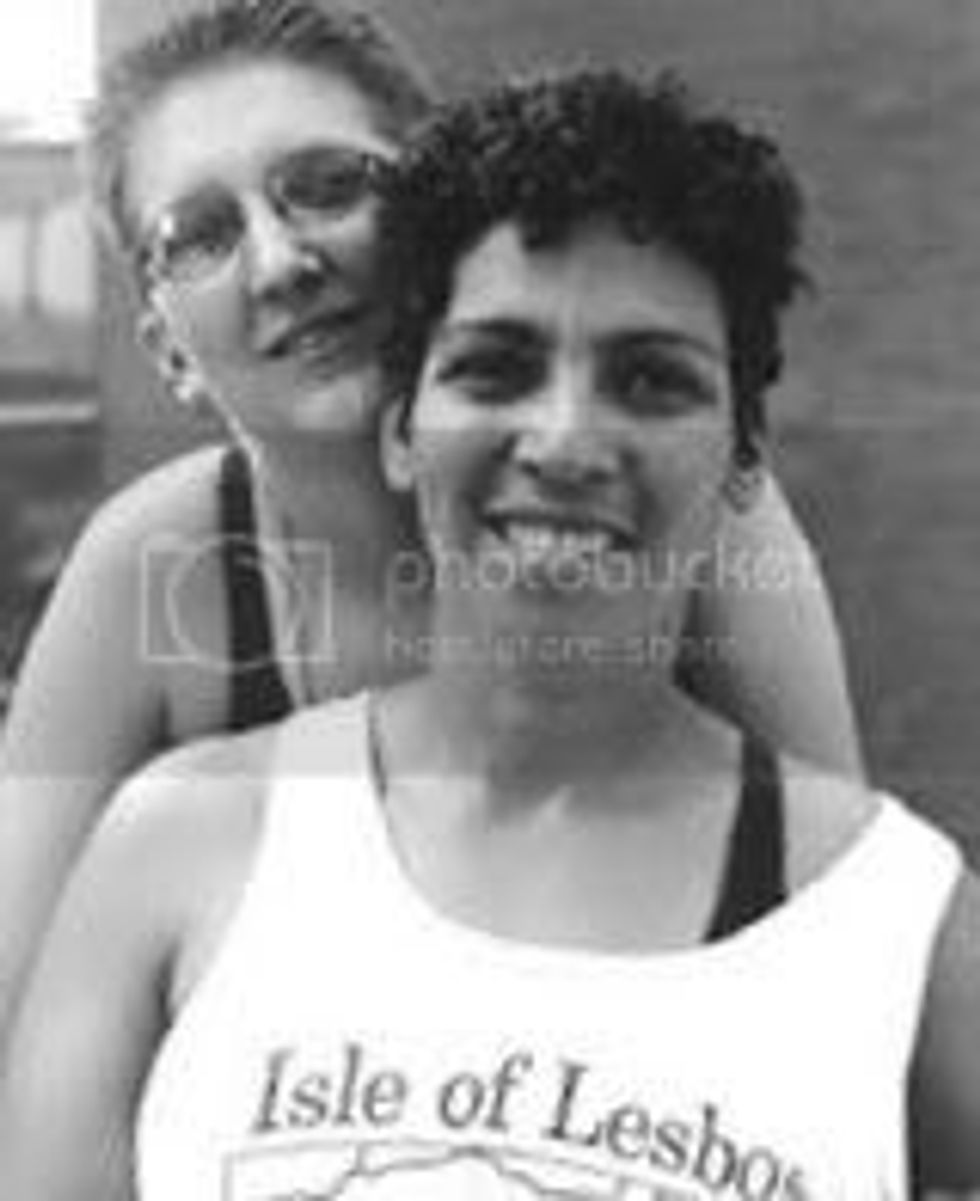 She flips through a large, red notebook, full of documents that chronicle her experience, including her first evaluation - where she received excellent feedback from her supervisor.

The red notebook also contains a copy of a picture that changed her life. A photographer snapped the photo of Pedreira and her partner after an AIDS walk in 1998. In the picture, the two women lean against each other affectionately. Pedreira wears a tee shirt with a map of the "Isle of Lesbos."

The trouble began when the photographer entered the photo in a contest at the Kentucky State Fair, and thousands of people saw it, including her co-workers.

She said she didn't think anything of it until someone at work mentioned the shirt she was wearing. Pedreira says, "At that point I went, oh no, and at that moment I pretty much thought that I was going to be fired."

She was right. A week later the President of Kentucky Baptist Homes asked her to resign. A letter explained that her "homosexual lifestyle is contrary to the Home's core values."

More below the fold. The ACLU notes the legal mine field that awaits an Obama administration.

"This case illustrates the all-too-real dangers of the government funding religious organizations without adequate safeguards," said Ken Choe, a Senior Staff Lawyer with the American Civil Liberties Union's Lesbian Gay Bisexual Transgender Project. "The Constitution's promise of religious freedom guarantees that the government won't preference one form of religion over another. Yet that's exactly what happened to Alicia Pedreira, who was fired because she didn't conform to the religious beliefs of her government-funded employer."

The lower court dismissed Pedreira's discrimination claims finding that Pedreira didn't suffer religious discrimination because Baptist Homes did not require her to believe that being a lesbian is sinful, but merely required that she observe its religious belief that being a lesbian is sinful. In the brief filed today, the legal groups note that this interpretation of the law would mean employers are free to discriminate against all employees who fail to conform all aspects of their lives to the religious beliefs of the employer. Workers could be fired for dancing, eating meat, receiving blood transfusions, marrying someone of another faith and for serving in the military.

It's highly unlikely an organization will fire someone for having served in the military. You haven't seen any of the professional bible-thumpers talk about dancing deviants. In an attempt to hold protect their homophobia AND what they feel is an entitlement to receive federal and state funds, most of the ire about Obama's plan on the right has been that it will be the end of the gravy train. Hardly, given the above discrimination and the current state of federal protections for LGBTs.

As I reported last Friday, the Obama campaign confirmed that under no circumstances will funds from the program will be granted to FBOs for proselytizing or reparative therapy. That's all well and good, but what in the Obama plan will address a case like Pedreira's? And what guarantee will there be, given the litany of issues an Obama administration will have to deal with in prioritizing a host of changes, that there will be any kind of serious funding for oversight to prevent this, even if it is barred on the books:

The brief cites a report by the Children's Review Program, a private contractor hired by Kentucky officials to monitor programs for children. The report noted numerous instances where young people complained about being forced to attend Baptist services or said they were not permitted to attend services of other faiths.

The brief says, "Baptist Homes uses its public funding to indoctrinate youths - who are wards of the state - in its religious views, coerce them to take part in religious activity, and convert them to its version of Christianity, and does so in part by requiring its employees to reflect its religious beliefs in their behavior."

How will Barack Obama address fomenting discrimination against any group of people because the law isn't in place? He cannot pass legislation on his own, he cannot change state law. As I said in a prior post:

I'm sure this program can and will help millions of people in ways the federal government cannot. Certainly more people than those who would be turned away because of religious bigotry. If that's the part of the political calculation, then Obama, in order to defuse the predictable blowback specifically on this issue, should have taken the opportunity to also announce his intention to place the passage of an inclusive ENDA at an equal level of importance as the establishment of a Council for Faith-Based and Neighborhood Partnerships. It would then highlight the injustices that a program like this brings to the forefront -- discrimination of any kind comes at a cost to a religious organization that intends to take federal funds.

* That little Council for Faith-Based and Neighborhood Partnerships idea...

* Eight questions on Obama and "Faith Based Initiatives".