Fundie meltdown of the week: Michigan Huck for Veep supporters 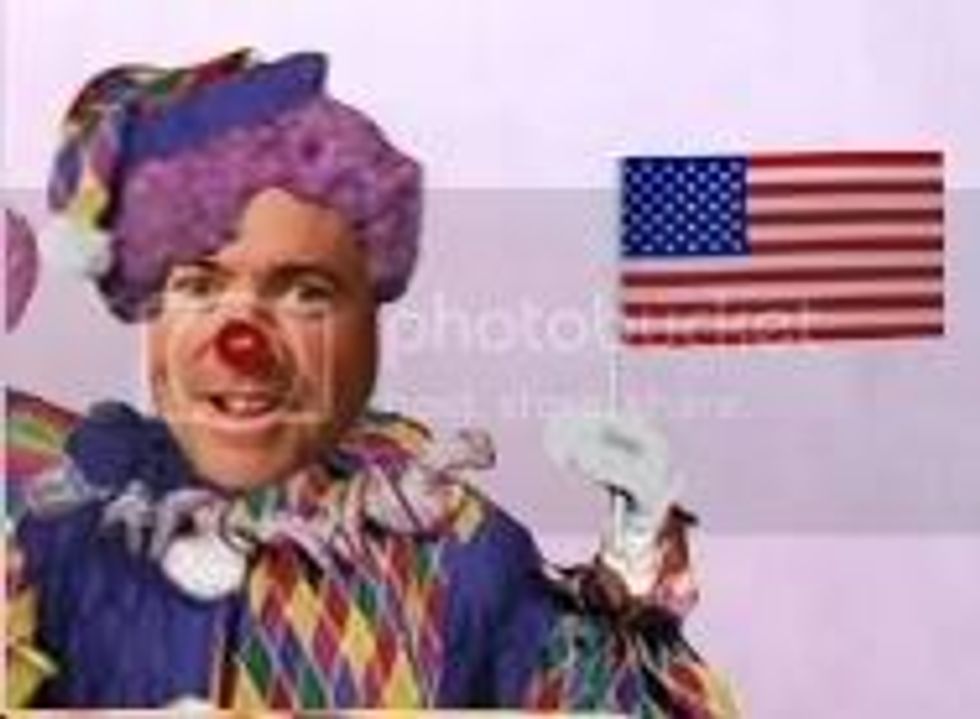 The right wing bible-beaters are really having a tough week. Take this crew in Michigan calling itself "Huck's Army." The fringe supporters are threatening to abandon support of John McCain if the rapist/murderer-releasing, Christian Reconstructionist-supported, Man-On-Dog wannabe, former Arkansas governor, Baptist minister-without-a-theology-degree and failed GOP presidential candidate is not picked as Veep.

The fact that McCain tried floating a trial balloon about a pro-choice VP this week made them explode. Look at the uprising in Michigan. (RightWingWatch):

The uproar came after a pair of meetings Wednesday -- while McCain was campaigning here -- in which his campaign hoped to strengthen its support with religious conservatives. Huckabee supporters said they were especially upset at word that, at a meeting in Birmingham between McCain and a small group of conservative activists, a top McCain ally had floated the possibility he'd pick a running mate who is for abortion rights.

You won't believe the email that Huck's Army is circulating. Read the untethered-from-reality letter below the fold. Via Right Wing Watch, it makes them sound like they'll put McCain in cement shoes if they don't have their demands met:

Express our support for Huckabee and the values and type of leadership we need to the Republican party leadership.

MI Congressman Fred Upton, from the 6th District, has John McCain's ear. Fred is McCain's trusted friend and advisor. They are fishing buddies and have been close for years. It is very important that we contact Fred and let him know: 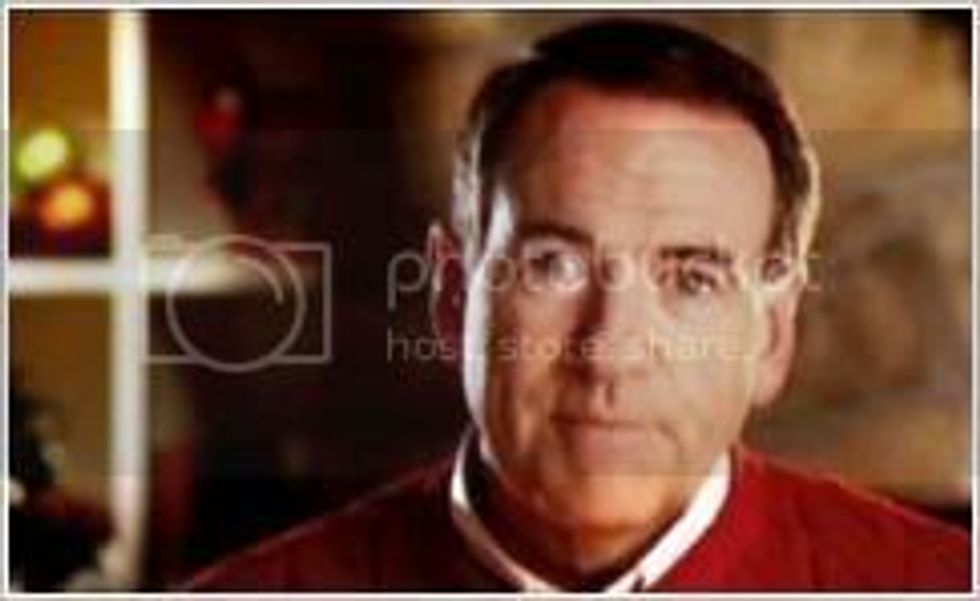 WE WILL NOT VOTE FOR A MCCAIN TICKET UNLESS:

1) Mike Huckabee is the VP; or

Romney is being shoved down our throats here, and misinformation about us is rampant.

In addition, you may know that this also happened at one of the meetings:

"Several in attendance reported to me that Sen. Lindsey Graham seriously asked if social conservatives would support a vice president who favors abortion on demand. They were shocked the question even had to be asked, and alienated that the McCain campaign appears to be even considering it."

So now, we know what McCain thinks of us and our issues. He is only concerned with catering to the independent voters. We, who supported Mike Huckabee, the millions of voters who earned him a 2nd place in delegate count--are being ignored by McCain. McCain must know that he will LOSE not only Michigan without us, but the election. At this point, he does not HAVE US. We've tried repeatedly to reach out to him, and he has ignored us.