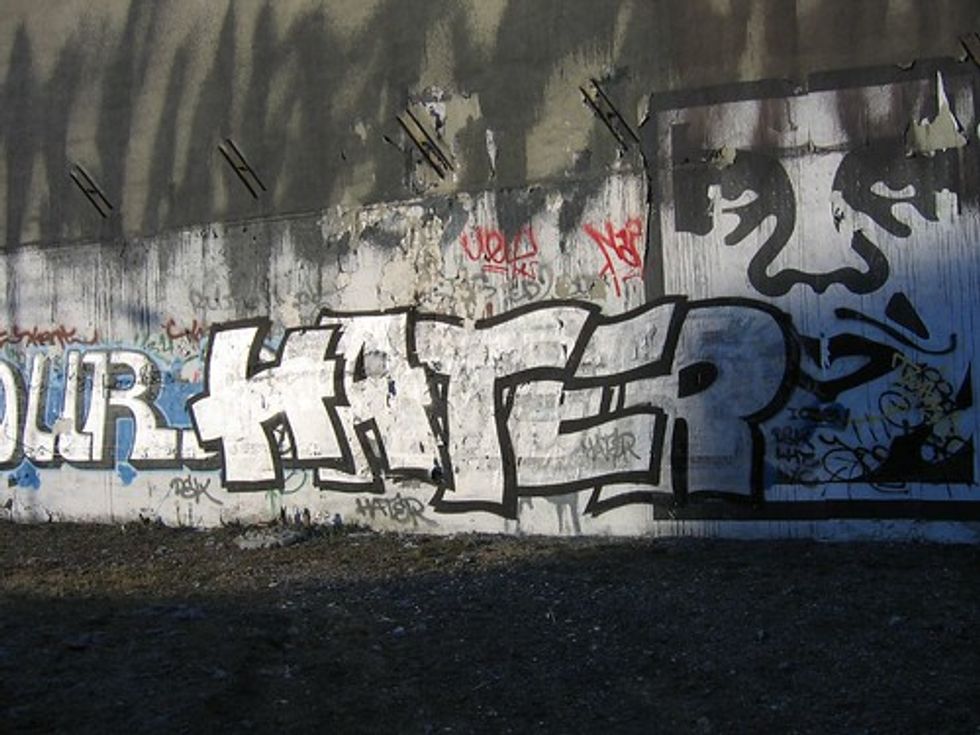 So, I'm tearing around my condo, being a bad feminist and cleaning stuff,* and thinking about the McCain campaign against Obama.** It's kind of confounding, how so much of the negative campaigning is focused on how Obama thinks he's so cool and that everyone likes him. That seems like a bad way to attack someone's popularity in what is something of a popularity contest. I'm not oblivious to the racism of the negative campaign or anything like that, of course, and I'm aware that people can maintain a lot of supposedly conflicting ideas in their heads at once, if they're focusing those ideas on hating on someone. Still, it seems like a bad idea to go with this "Obama is too cool and popular" strategy.

That's when it occurred to me. It's all very simple. The negative campaigners are being haters. Old-fashioned haters. And they're using hater tactics, and hoping, as haters always do, that there will be enough haters to deprive the object of hate of his or her popularity.

Well hell, if I'm right, then Obama has got the strategy going to win this thing. As anyone who has witnessed the phenomenon known as haters can attest, there's two rules of haters:

The stupid air pressure gauge thing was classic haterade. It never matters exactly what the flavor of the haterade is. What matters is that you get in your potshots, no matter how stupid. Haters are not deterred by fear of dropping a non-sequitur, because the point of it is to just say a bunch of stupid, useless stuff in hopes that you unnerve your object and get them angry so they lash out and you can say, "See?! They suck."

Because haters work by unnerving you, there's only two official ways to deal with haters:

The first one, I fear, is something that only a small minority of people can do successfully. Iggy Pop was a classic example of someone who is actively energized by haters. Believe me---if you listen to the Metallic K.O. album, you can actually hear how Iggy gets energized by the beer bottles and eggs being thrown at him. Mere mortals can't really aspire to that, so they have to laugh at haters. Which I think Obama does remarkably well, as evidenced by the remarks about how the air pressure assholes take pride in their ignorance.

I am really looking forward to the debates. I think that Obama has a pretty good chance, if he wants it, of pushing some of McCain's buttons and getting him to lose his temper, which he is notorious for doing. But Obama has a great ability to stay cool. It will serve as a nice contrast for those undecided voters.

*But I wasn't wearing a petticoat, pearls, or an apron, so these women would probably judge me as a mere pretender.

**Well, that alone gets me kicked out of the New Ladylike Ladies Club.