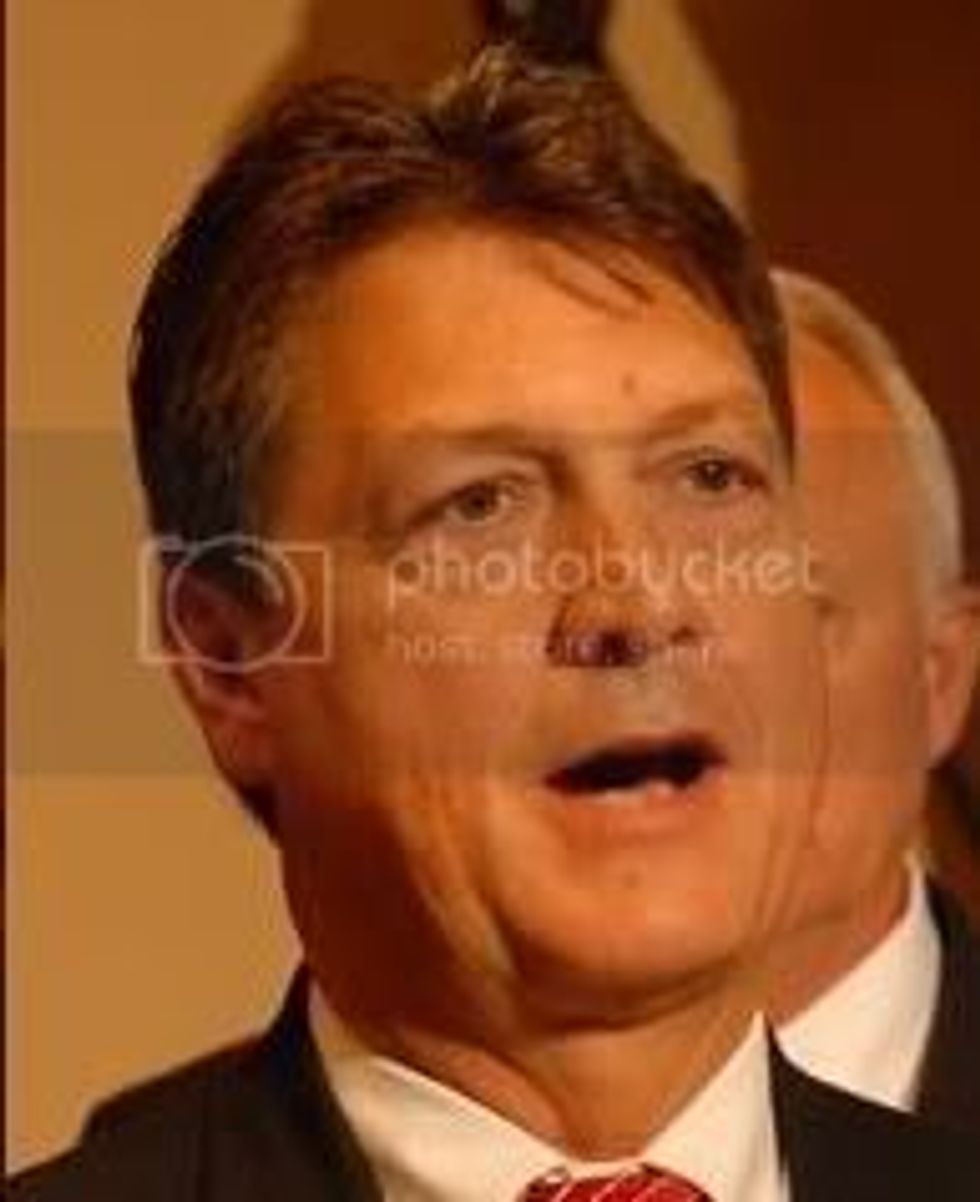 The GOP's white sheet is showing (again). There's a reason the RNC has hit a record low in black attendees at its convention.

Westmoreland was discussing vice presidential nominee Sarah Palin's speech with reporters outside the House chamber and was asked to compare her with Michelle Obama.

"Just from what little I’ve seen of her and Mr. Obama, Sen. Obama, they're a member of an elitist-class individual that thinks that they're uppity," Westmoreland said. Asked to clarify that he used the word “uppity,” Westmoreland said, “Uppity, yeah.

You may recall that Rep. Steve King (R-Iowa) expressed his inner bigot regarding Obama's middle name – Hussein - back in March, warning that an Obama presidency would mean "[T]he radical Islamists, the al Qaeda, the radical Islamists and their supporters, will be dancing in the streets in greater numbers than they did on Sept. 11 because they will declare victory in this War on Terror."

Westmoreland, btw, was humiliated by Stephen Colbert when he was asked what the Ten Commandments were. He flunked. It's below the fold.