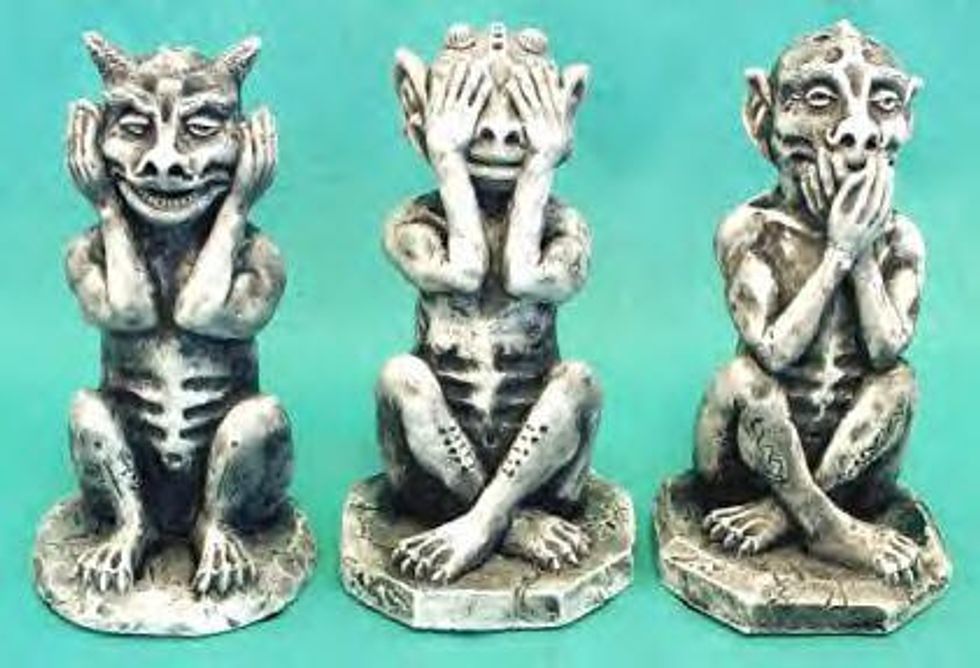 In doing some research this morning for my LA Times piece, I saw some more fake outrage aimed at making sure that the media and the bloggers are cowed from criticizing Sarah Palin, which of course would free her to be the candidate, instead of John McCain, who unfortunately has failed to use his POW status to deflect all criticism. Another fundamental difference between Democrats and Republicans, beside the lying thing, is that Democrats tend to respond to criticism instead of deflect it. Sometimes, they overdo it, treating all criticism like it's legitimate and jumping around like weaklings. Obama shows signs of having more backbone than that---he doesn't hide from criticism, but he is willing to call bullshit on made-up stuff. Which, for the trolls who are preparing to squall, a much different thing. Hearing criticism and saying, "You know, I think you're making that argument in bad faith as a distraction from the real issues," is a much different beast than saying, "How dare you say mean things about me! I'm a POW/woman with five kids!" Not that I expect the disingenuous fucks that make up the Republican base to honor any reality-based differences that are inconvenient to their cause.

Onto this morning's disingenuous fuckery---apparently it's bad to make the reality-based observation that the kid gloves that the Republicans insist for Palin mean she's running a campaign somewhere between V.P. and First Lady, as Chris Matthews did. This is "sexist", in the sense that the messenger who brought you the news that the war was lost actually lost it for you. It's not sexist for Matthews to observe that kid gloves are in play; it's sexist of the Republicans to insist that Palin be given the same cushion of non-inquiry that we extend to political wives who aren't running for office. Not that I expect right wingers to understand the problems with shooting the messenger, because, when it comes to feminist issues, that's all they do. Their favorite phrase---accusing feminists of "playing the victim"---contains the idea that what makes someone a victim is not victimizing them so much as the victim acknowledging the victimization. So, if you're sexually harassed, you aren't a victim until you speak out, which means that you were actually the victimizer against yourself, and not the person who victimized you. Confusing, yes, but that's what "playing the victim" means when referencing actual victims.

Really, it's the logic of the closet that dictates a lot of right wing nostalgia. It's not that abortion, homosexuality, acquaintance rape, spousal rape, and sexual harassment didn't occur in the idealized times that they harken back to---it's just that the victims of oppression were ashamed and hid it, so there was some kind of appearance that it wasn't there. It's that sort of attitude that concerns me about these advertisements lambasting Obama for supporting age-appropriate sex education. One of the most critical parts of sex education for very young children is coaching them to report child molesters. In reality-based thinking, this is very important. It's not pleasant to talk to kids about child molestation (which is one reason parents should be relieved to have research-based textbooks filtered through experienced teachers to help them), but it's absolutely critical to keeping molesters from roaming free and continuing to molest children. But this out of sight/out of mind thinking on abortion and homosexuality and rape can easily extend to child molestation, as if the real problem is kids speaking up instead of kids getting molested.