The barracuda has a pee-pee 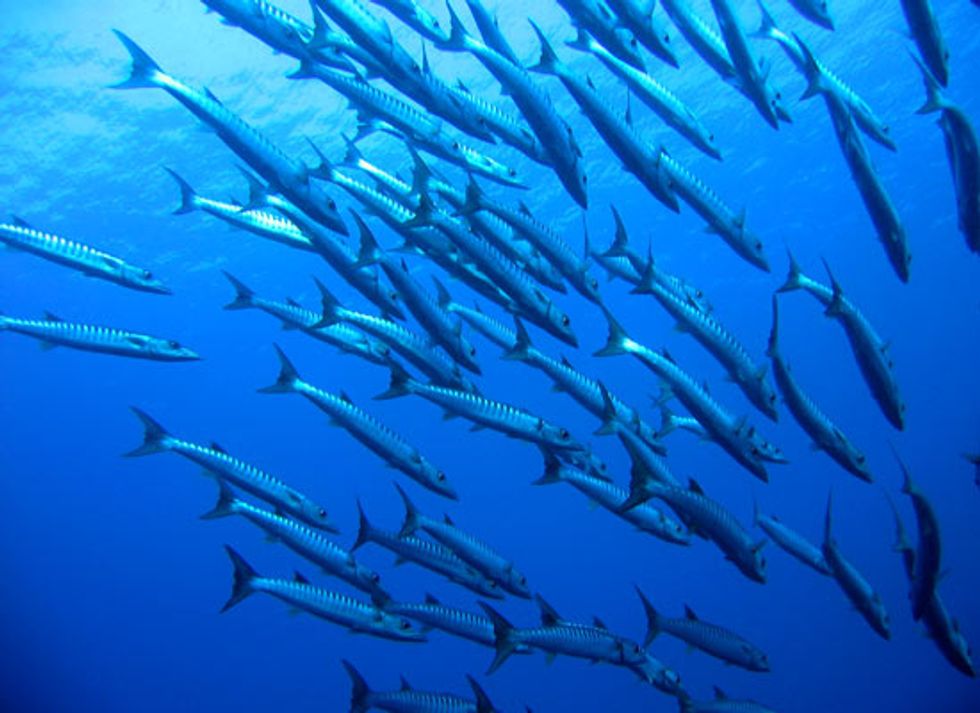 Update: Apparently the song is about the evil record executives. Which doesn't, considering the make-up of the record industry's top honchos, make a bit of difference to the awesomeness of my title. Especially not when it was written in the 70s. If it makes the Wilson sisters feel any better, I suspect record executives treat all musicians like they just fell off the turnip truck.

Doh! Totally caught. I put up a minor ode to the awesomeness of 70s-era Heart,* posted a video of "Barracuda", and was informed by Auguste that Sarah Palin's song leaving the stage after her acceptance speech was "Barracuda". Which means two things:

1) I was totally caught. I didn't watch her speech, instead spending my evening watching a DVD of the second season of "The Office". I probably should have, for professional reasons, but yeah. "The Office".

It's an interesting insight into Republican sexism that they figured a song sung by a woman that screams "Barraaaaaacoooooodaaaaa" must mean that she's bragging about her general bitch power. But actually, that's not what the song is about at all. It's not a particularly deep song, but here are some lyrics:

So this aint the end -

I saw you again today

I had to turn my heart away

And tales - it never fails!

You lying so low in the weeds

I bet you gonna ambush me

After this point, they really strain the metaphor of barracudas and cute dolphins to the breaking point, so I won't torture you. But the point is, this song is about a dangerous man. You know, a seducer and a user. Which doesn't describe Palin at all, though it does actually describe the whole first-divorce-remarriage-to-Cindy situation in McCain's life---he seduced her and used her for her cash and political connections. Ooooh, barracuda.

Auguste and I were trying to come up with better songs for Palin. I'm fond of Nirvana's "Dumb":

But I can pretend

The sun is gone

But I have a light

The day is done

But I'm having fun

Auguste's suggestion was "Can't Take My Eyes Off Of You" by Frankie Valli, to remind everyone of McCain's roving eyes. Of course, "Sympathy for the Devil" is a long-standing excellent choice for all Republicans. "Fall On Me" by REM for the people who think global warming is a hoax. Actually, "Brass in Pocket" would be good, because the lyrics pretty well articulate the way the McCain campaign insists you're going to love Palin, whether you like it or not.

Think of your own!

*Officially the largest paradox in rock history, next to some better songs of Fleetwood Mac. How could so much pretentious, Ren Fair-esque twaddle still be awesome from a strictly music appreciation perspective? There should be a strict demarcation between music you can dance to while barefoot and twirling and music that doesn't suck, but unfortunately, there are a few glaring exceptions from the 70s.