Ducked!, Or How Your Blogger Agreed To Face The Right Wing Media Only To Be Jilted 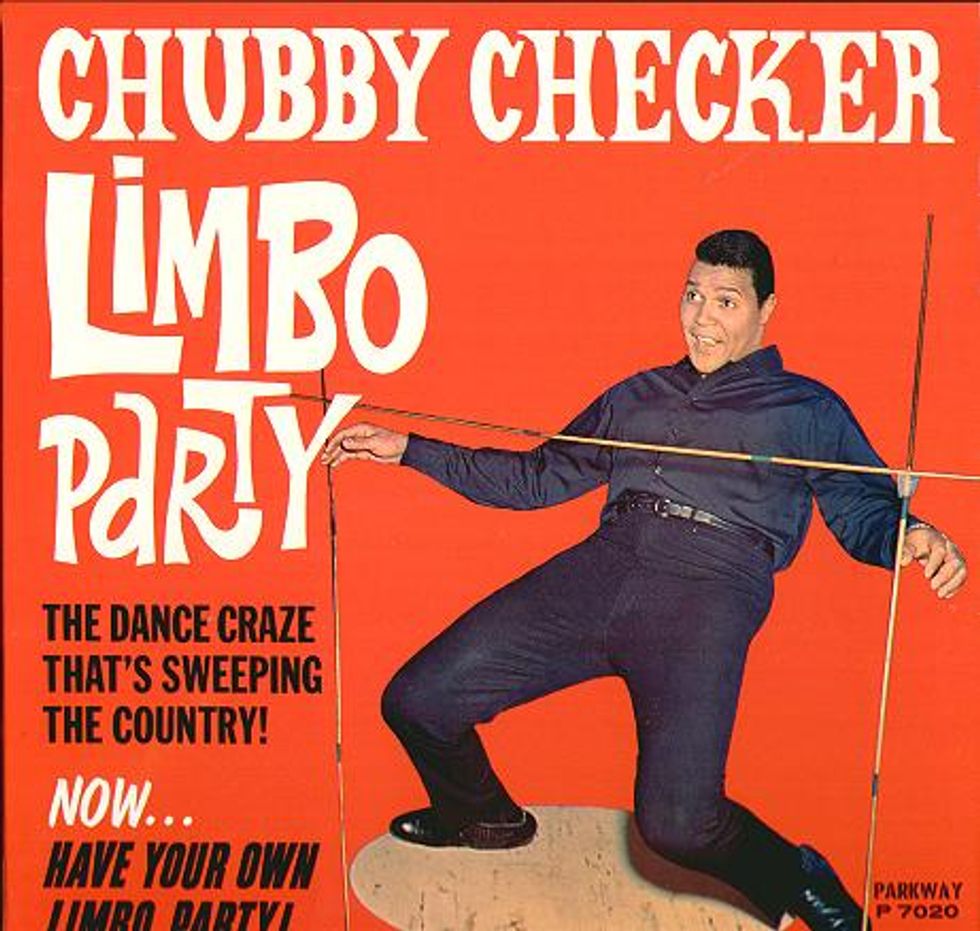 Now that everyone's in a holding pattern, waiting for the inauguration, and now that it's been two weeks since there's been any movement on this story, leading me to think it's basically done, I feel free to share with you an interesting set of events that have occurred to me over the past six weeks. I hope you enjoy it more than I have. The tale of woe starts when Jesse wrote a post on November 25 criticizing Dennis Prager's column where Prager claimed that liberals made up the threat of straight AIDS in order to get funding. Quoth Prager:

Even the natural sciences are increasingly subject to being rendered a means to a “progressive” end. There was the pseudo-threat of heterosexual AIDS in America—science manipulated in order to de-stigmatize AIDS as primarily a gay man’s disease and to increase funding for AIDS research.

Jesse's post was about the way that everything that conservatives don't like gets dismissed as a lie, no matter how much evidence exists that it's true, such as global warming. What alarmed me was that I had just podcasted about an entirely different right wing pundit pushing the same myth that AIDS is a "gay disease"---Jim Quinn claiming that hetero sex produces babies, but gay sex produces AIDS, which was comical in that he made it sound like they work by similar processes. In truth, of course, the HIV virus produces AIDS, and so it's not the gayness that's the problem so much as the presence of the virus. Or so reality-based scientists believe. I wasn't surprised to see two instances of using AIDS in the service of drumming up prejudice against gay men---the whole thing happened in the wake of the Prop 8 protests, so I believe Quinn and Prager were trying to revive fears that gay men are diseased and dirty. Similar tactics have been used throughout history against other marginalized groups. One of the underlying assumptions of segregation was that black people's mere presence dirtied up white-only facilities, to draw on another example. Women's bodies are othered in a similar way. What other purpose does douche really serve, for instance, except to treat the imaginary filthiness of female bodies?

So, banking off Jesse's post, I wrote a column about the resurgence of this right wing myth in the wake of Prop 8. My reasoning was that it's popular with the likes of Quinn and Prager because it allows them to imply to their audience that they are morally superior because of the accident of their sexual orientation, as if just being straight makes you a better person that gets struck with disease less often as a reward. (Commenters joked that this means that lesbians are the most moral of us all.) There was a rush of commenters that seemed to believe that I was cowardly because I wouldn't debate Prager, which initially struck me as odd, though it sort of made sense that they'd think this. The hope, I thought, was that they could pull me into a debate about comparing the relative risk of unprotected gay and straight sex, instead of looking at the big picture, which is that every time this disease spreads to another person, gay or straight, the health of the entire community is diminished twice over. Once because of that individual, but twice because every infection means one more person who can spread the virus yet again, putting all of us---gay or straight---at more risk. They want to put the debate on terms that imply that gay and straight are natural enemies, when of course, I believe that we're all in this together, and HIV is an epidemic that concerns us all.

What didn't occur to me was that Prager might have been posturing about this. I still don't know if he was, but what I do know is that I got an email from the producer of his radio show on December 2nd, asking me to be on the show. My initial thought was, "Forget it." I don't do right wing media. I don't like to legitimize it, especially when they truck in prejudice and misinformation. But the folks at RH Reality Check convinced me that there might be some listeners in Prager's audience who weren't bad people, and who would respond to calls for compassion for all inflicted with HIV. So, I contacted the producer Allen Estrin and agreed to be on the show. He said he'd hoped I could have been on that very day, but since it was too late, could I come on December 15th? I said yes, though I thought the whole thing was odd. The only time I've ever been asked to do same-day stuff is when it's breaking news. This obviously wasn't, so I couldn't help but wonder why the initial rush to get me on.

I suspected they were hoping to get me unprepared, so they could rope me into as "yes it is/no it isn't!" discussion about whether or not HIV is a real problem for straight people. This is an incredibly unproductive conversation, unless your aim is to ratchet up more homophobia. It's true that HIV is a significantly worse problem for the gay community than the straight community, but that statement carries all these unfortunate implications. First of all, it implies that there's some massive separation between the two, when of course we are interconnected and some of us drift back and forth across the line. If you're straight but your gay brother dies of AIDS, isn't that your problem, too? Plus, it's really misleading to imply that HIV transmissions from straight sex are rare, when they constitute 31% of all transmissions, which puts the number well about 16,000 new cases from straight sex in 2006 alone. It's true that this constitutes a smaller percentage of the overall straight population than the homosexual transmissions do of the overall gay population, but it's not an insignificant number. In fact, it's gotten to the point where AIDS is the leading cause of death for black women ages 25-34 years, and most of them got it through straight sex. And that's just in the U.S.; internationally, the idea that AIDS is a "gay disease" doesn't compute.

Herein lies the trap that I suspect Prager was hoping to set for me, though. In the limited time on a radio "debate", you feel compelled to choose between these two points. Either go with the "straight people get AIDS, too" point, and allow the audience to believe that you are tacitly agreeing that gay lives don't count as much, or say that you think gay lives count as much, and allow the audience to believe that you really are part of some shady conspiracy trying to conceal the truth about HIV and straight people. My plan was to address his attempts to corral me by going meta, and pointing out that he was trying to corral me. I hoped to refuse to be corralled. It's both true that straight people do run a risk of HIV transmission and that even if this were not true, we should fight the disease, because gay lives count as much.

Now for the fun part. I'm scheduled to go on December 15th, and they remind me about the call in email. Then Allen Estrin writes me and says that Prager is sick, can we reschedule? I'm sympathetic---winter isn't too easy on my health necessarily, either---and I agreed to come on December 18th. On December 17th, Estrin emails me to ask if I can reschedule on the 29th, because Prager was asked to do the the Chabad Hannukah Party in Sacramento with Governor Schwarzenegger. Okay, I say, eager to please. I find it amusing that Estrin assures me in the email I'm not being ducked. It gives me confidence that maybe they are just a little wary of the whole thing, that the very idea of ducking is on their minds. Had he not said it, I might have not thought about it at this point in time, because I'm just not prone to suspicion about these things. I ran the story by a few people, and they were more cynical than I was initially about it. Then I get an email on December 28th about how Prager just decided to take a week off, and could I reschedule? I tell Estrin that I'm happy to do it, but this is it, and if the show doesn't happen, I'm blogging about it. It's been over two weeks since that email, and so I figure that I can safely say that I've been jilted.

Should I believe that I've been ducked? During the time all this emailing is going on, Prager writes a two-piece column about how wives should treat sex like it's a good, old-fashioned marital duty like taking out the garbage, which took off in a wildfire of outrage all over the blogosphere. (Jesse found it first!) Prager then had bloggers Jeff Fecke and Megan Carpenter on to debate him about whether or not women generally would forsake sex if they didn't have to do it for husband-pleasing reasons, or if that's just a personal issue that's been projected outward. I find myself thinking perhaps the schedule isn't so full that I couldn't have been worked in somewhere. I get that "wives: give it up or else" is a sexier topic than the AIDS epidemic, but still. I'd been so patient.

I suppose writing this means I've rescinded the offer. After all, I've said my piece on the issue, and I've probably not endeared myself to anyone working on Prager's show. But there's still one lingering question I have to ask: Why do they not invite Jesse Taylor on, either? Jesse wrote the initial pieces both on the HIV thing and the mandatory sex thing, and as far as I know (having asked him), his email line is silent. What's up with that?