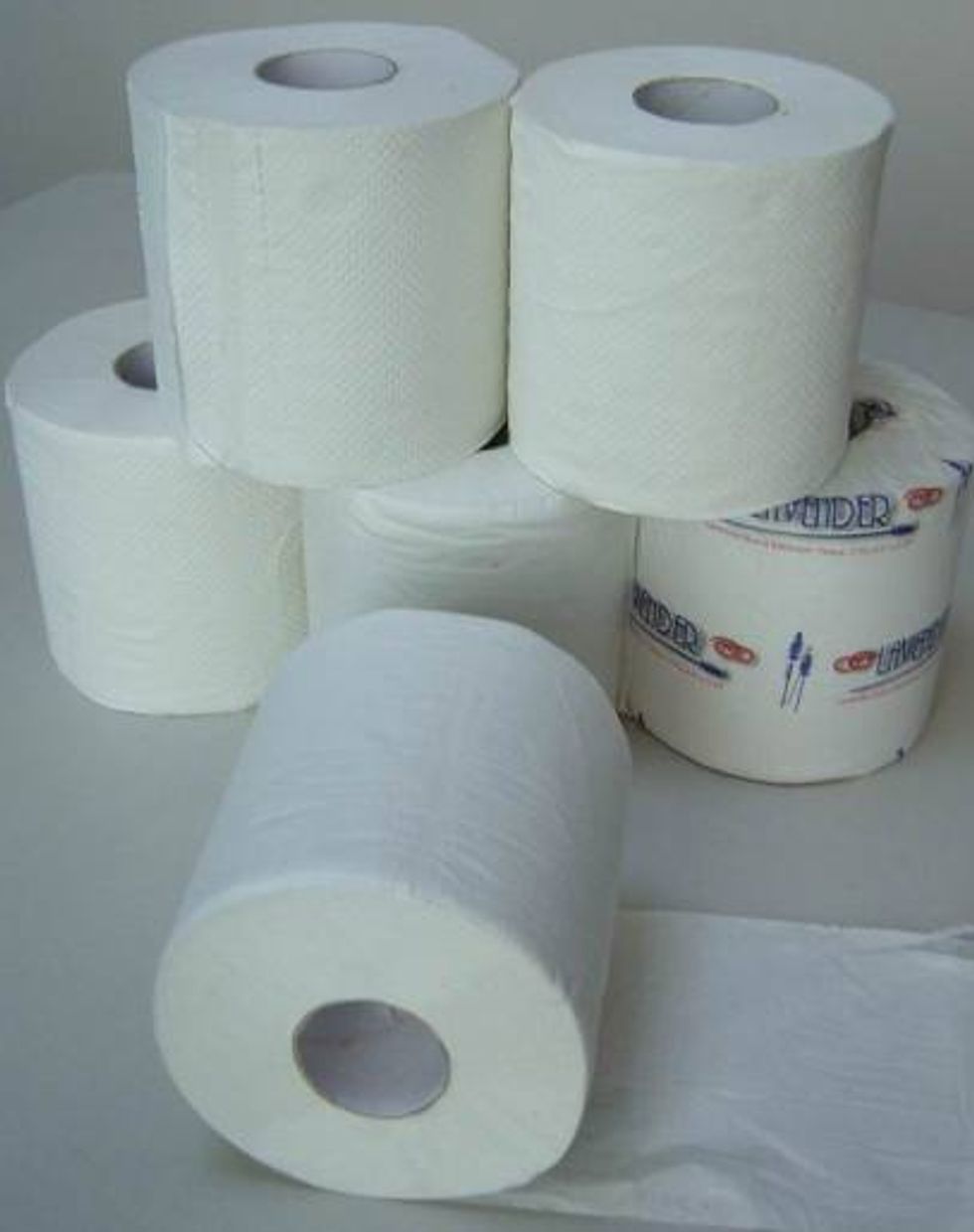 This is unacceptable -- when schools cannot even provide for kids to go to the bathroom, it's a nation in crisis. BTW, paper towel rolls, and trash bags are also in the plea letter. Earlier in the year, a letter went out asking for donations of pencils, pens, and Kleenex.

That really puts Barack Obama's speech about the economy in perspective. Read excerpts of his remarks below the fold.

I don’t believe it’s too late to change course, but it will be if we don’t take dramatic action as soon as possible. If nothing is done, this recession could linger for years. The unemployment rate could reach double digits. Our economy could fall $1 trillion short of its full capacity, which translates into more than $12,000 in lost income for a family of four. We could lose a generation of potential and promise, as more young Americans are forced to forgo dreams of college or the chance to train for the jobs of the future. And our nation could lose the competitive edge that has served as a foundation for our strength and standing in the world.

In short, a bad situation could become dramatically worse.

There is no doubt that the cost of this plan will be considerable. It will certainly add to the budget deficit in the short-term. But equally certain are the consequences of doing too little or nothing at all, for that will lead to an even greater deficit of jobs, incomes, and confidence in our economy. It is true that we cannot depend on government alone to create jobs or long-term growth, but at this particular moment, only government can provide the short-term boost necessary to lift us from a recession this deep and severe. Only government can break the vicious cycles that are crippling our economy – where a lack of spending leads to lost jobs which leads to even less spending; where an inability to lend and borrow stops growth and leads to even less credit.

That work begins with this plan – a plan I am confident will save or create at least three million jobs over the next few years. It is not just another public works program. It’s a plan that recognizes both the paradox and the promise of this moment – the fact that there are millions of Americans trying to find work, even as, all around the country, there is so much work to be done. That’s why we’ll invest in priorities like energy and education; health care and a new infrastructure that are necessary to keep us strong and competitive in the 21st century. That’s why the overwhelming majority of the jobs created will be in the private sector, while our plan will save the public sector jobs of teachers, cops, firefighters and others who provide vital services.

I understand that some might be skeptical of this plan. Our government has already spent a good deal of money, but we haven’t yet seen that translate into more jobs or higher incomes or renewed confidence in our economy. That’s why the American Recovery and Reinvestment Plan won’t just throw money at our problems – we’ll invest in what works. The true test of the policies we’ll pursue won’t be whether they’re Democratic or Republican ideas, but whether they create jobs, grow our economy, and put the American Dream within reach of the American people.

Instead of politicians doling out money behind a veil of secrecy, decisions about where we invest will be made transparently, and informed by independent experts wherever possible. Every American will be able to hold Washington accountable for these decisions by going online to see how and where their tax dollars are being spent. And as I announced yesterday, we will launch an unprecedented effort to eliminate unwise and unnecessary spending that has never been more unaffordable for our nation and our children’s future than it is right now.

Now, this recovery plan alone will not solve all the problems that led us into this crisis. We must also work with the same sense of urgency to stabilize and repair the financial system we all depend on. That means using our full arsenal of tools to get credit flowing again to families and business, while restoring confidence in our markets. It means launching a sweeping effort to address the foreclosure crisis so that we can keep responsible families in their homes. It means preventing the catastrophic failure of financial institutions whose collapse could endanger the entire economy, but only with maximum protections for taxpayers and a clear understanding that government support for any company is an extraordinary action that must come with significant restrictions on the firms that receive support. And it means reforming a weak and outdated regulatory system so that we can better withstand financial shocks and better protect consumers, investors, and businesses from the reckless greed and risk-taking that must never endanger our prosperity again.

It is time to set a new course for this economy, and that change must begin now. We should have an open and honest discussion about this recovery plan in the days ahead, but I urge Congress to move as quickly as possible on behalf of the American people. For every day we wait or point fingers or drag our feet, more Americans will lose their jobs. More families will lose their savings. More dreams will be deferred and denied. And our nation will sink deeper into a crisis that, at some point, we may not be able to reverse.