Michael Steele, day 99: 'I'll give you empathy. Empathize right on your behind!' 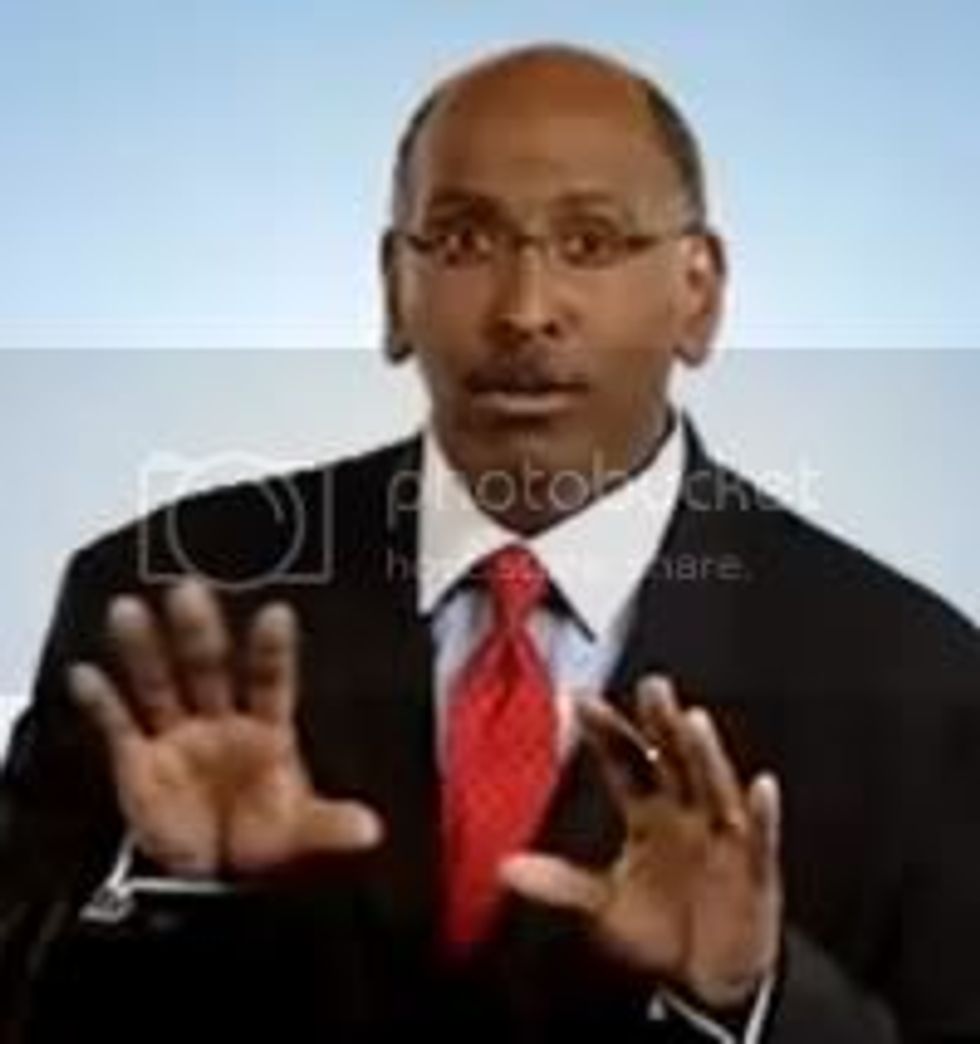 WTF?! The ever-shrinking head of the RNC, Michael "MC" Steele, goes into faux-ghetto mode once again on the Bill Bennett radio program, further confirming his neutered status as the RNC lawn jockey.

This time around he tries to make a dig at President Obama for saying that in looking for a replacement for David Souter on the SCOTUS, that he would "seek somebody with a sharp and independent mind and a record of excellence and integrity” and who possesses “empathy” for “the daily realities of people’s lives.” What a simple, basic statement that doesn't seem like actual fodder for the GOP to jump on.

But we all know the state of the GOP -- it is a party on the run, beaten down, failed, devoid of any actual plan to offer the American public, that it gets bogged down in non-controversies like this, which only offer yet another opportunity to become a punchline. Listen (via Think Progress):

STEELE: Good morning y’all, we’re back in the house. We’re talking a little bit of Constitution and a little bit Supreme Court. And a whole lot of saving America’s judicial system and saving our rights as citizens and not having empathetic judges decide cases, but rather judges who are actually understanding the rule of law and what the Constitution and those laws are all about. And how to apply the facts to the law and the law to the facts. And adjudicate my case.

I don’t need some judge sitting up there feeling bad for my opponent because of their life circumstances or their condition. And short changing me and my opportunity to get fair treatment under the law. Crazy nonsense empathetic. I’ll give you empathy. Empathize right on your behind. Craziness.

It's so pitiful, so debasing, to see a man so clueless about how bad he looks with this schtick.

A must-read: Michael Steele's First 100 Days: A Retrospective. Protect your keyboards for that one. A summary by Senate Guru:

In less than 100 days, Steele led the GOP to defeat in what should have been an easy pick-up in a House special election, lost a Senator to a Party switch, became the subject of no-confidence vote rumors, embarrassed himself over and over again, and convinced America that Rush Limbaugh controls the Republican Party. I'll give Steele considerable credit - one must keep extremely busy to fit that many "strategic" gaffes into less than 100 days.

Let's go back to this classic...how truthful it is: