Two-faced Sotomayor claims to dislike Brussel sprouts; concedes that they are a healthy food 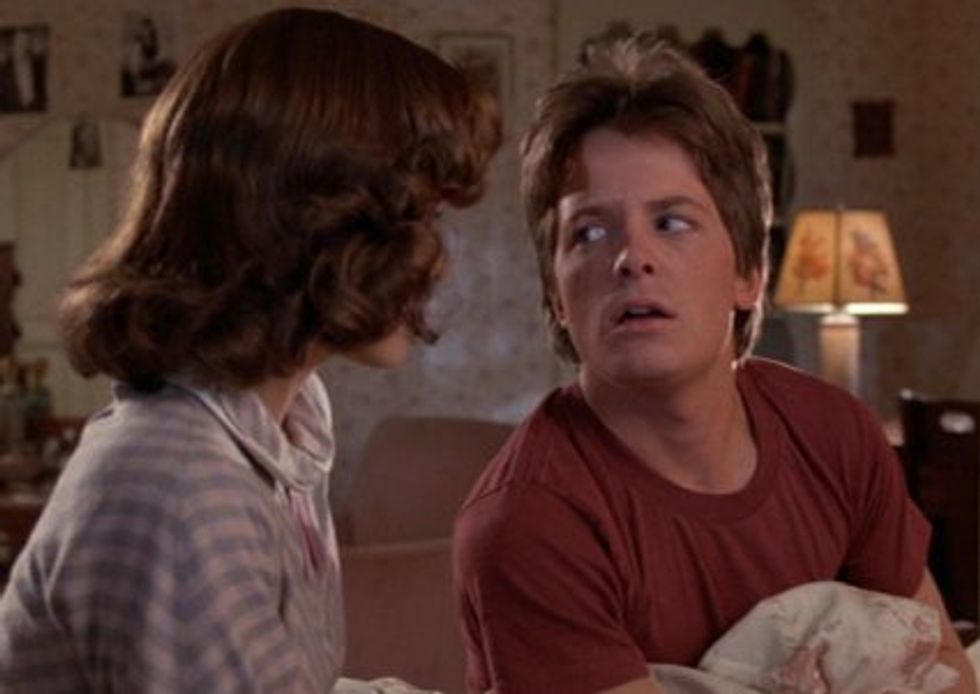 This hit piece against Sotomayor by Sharon Thiemer that the AP chose to run is breathtaking in its perfection in the art of either stupidity or intellectual dishonesty, though I can't tell which one it is. The premise is that Sotomayor is two-faced, because she claims to have lived in a housing project as a child, but now she actually accepts a salary for her work as if she was a judge on the federal appeals court or something. The other reason is that she's Latina, but refuses to believe that this automatically makes her stupid. And lest you think I'm kidding, witness the travesty.

On ethnicity, Sotomayor herself has recognized — and contributed to — the dichotomy. She proudly highlights her Puerto Rican roots but hasn't always liked it when others have. She once took issue with a prospective employer who singled her out as a Latina with questions she viewed as offensive yet has shown a keen ethnic consciousness herself.

In a California speech in 2002 now under renewed scrutiny, she remarked that, on a court, "I would hope that a wise Latina woman with the richness of her experiences would more often than not reach a better conclusion than a white male who hasn't lived that life."

"For those of you on the West Coast who do not know what that term means: I am a born and bred New Yorker of Puerto Rican-born parents who came to the states during World War II," she explained.

Yet years ago, during a recruiting dinner in law school at Yale, Sotomayor objected when a law firm partner asked whether she would have been admitted to the school if she weren't Puerto Rican, and whether law firms did a disservice by hiring minority students the firms know are unqualified and will ultimately be fired.

Yep, she both believes herself to have Puerto Rican heritage, but doesn't believe that this makes her too stupid to get into Princeton. This is a contradiction, apparently, but it's hard to see how, unless you believe that everyone believes that Latinas are stupid by definition. Otherwise, this doesn't make sense and it's like saying, "Sotomayor accepts that she has two legs, but hypocritically rejects it when people ask her if she's a space alien." It doesn't really follow, unless you assume that all two-legged creatures are space aliens, and not only that, but that everyone believes this. Which makes you a loon.

The attempts to make Sotomayor seem like she's two-faced because she sells herself as someone who had hardships that include living for a time in a housing project is even more bizarre. Thiemer tries to cast doubt on this, even though she can't actually come out and deny it.

"Born in the South Bronx, she was raised in a housing project," Obama said. "And even as she has accomplished so much in her life, she has never forgotten where she began, never lost touch with the community that supported her."

Yet Sotomayor did not live her entire childhood in a housing project in the South Bronx — she spent most of her teenage years in a middle-class neighborhood, attending private school and winning scholarships to Princeton and then Yale.

She says the former like it contradicts the latter. Let's try this on in a situation where someone isn't able to use her audience's partisan and racist assumptions, and draining all the political hackery out of it. Try it, for instance, on me. "Marcotte claims to have been born and raised in El Paso, TX, where she claims she got her fondness for Mexican food at restaurants like Kiki's and holes in the wall like Chico's Tacos. But she actually moved to Alpine at the age of 12, where she was exposed to steakhouses and even a McDonald's." Perhaps people born into upper echelons of society don't get this, but the big mass of little people---working class, working poor, lower middle class, even middle class---tend to see the fortunes rise and fall over a lifetime, sometimes making enough to move from one category to another. This doesn't negate their pasts or their futures. Doing better one year than you did in the last isn't like when Marty McFly got in a time machine and made his parents cool. But according to Thiemer, that's exactly how it works, because it's especially two-faced for Sotomayor to point to humble beginnings when she dares to accept a paycheck that's commiserate with the pay grade of her current occupation.

She now earns more than $200,000 a year and owns a condominium in Greenwich Village, a neighborhood of million-dollar-plus homes.

At this point, I suppose the reader is just supposed to be upset that a non-white guy is getting a white guy paycheck, because I really can't see how this is supposed to be shocking. Sotomayor isn't actually trying to argue that she was plucked directly out of a housing project, or that she was scrapping by on minimum wage in the service industry. I do believe she's touting a biography of someone who rose from humble beginnings, a story that wouldn't make sense if she didn't actually rise. Even thinking about how little this makes sense is giving me a headache.

What's interesting to me about this huge panic attack over Sotomayor, like Limbaugh claiming she's a "racist" for daring to believe that she can be good at her job despite the lack of the pale-skinned penis in her pants, is how it's blatantly predicated on the idea that there is no such thing as an intelligent Latina. There's no way around this. If you honestly believe that being a non-white woman is a twofer advantage that poor, beleaguered white men don't get, then you have to look around and see that most prestigious positions of power are occupied by white men, and you have to assume that white men must be superhumanly intelligent and awesome to be able to do so much with so many obstacles against them. By god, what white men could do if someone just let them have some access to power without them scraping and fighting "reverse racism" every step of the way!

The sort of thing demonstrates that we're far from done with the effects of the Bush administration, even though we kicked them out of office. We still have the war and the fucked up economy, and we're still swimming in a sea of people who have contempt for reality, because it doesn't fit what they need to believe. Like these fucks with their "reverse racism" nonsense---there isn't really such a thing in the real world, and even if you can find someone out there who really buys into it, they're a marginal person that certainly has no bearing on what Sonia Sotomayor believes. It's actually 15 kinds of ridiculous to suggest that someone who doesn't accept that white people could be intelligent would get anywhere in our society, since white people are by and large the gatekeepers. A fucking unicorn would have a better shot at the Supreme Court. That our media is taking this "reverse racism" thing seriously enough that Sotomayor had to apologize for saying something that could be deliberately misconstrued is evidence in and of itself that she's the real victim of discrimination here. Being pushed into a situation where paranoia about her race is so bad that Sotomayor has to play along with an obvious lie to smooth falsely ruffled feathers is what racism actually looks like.