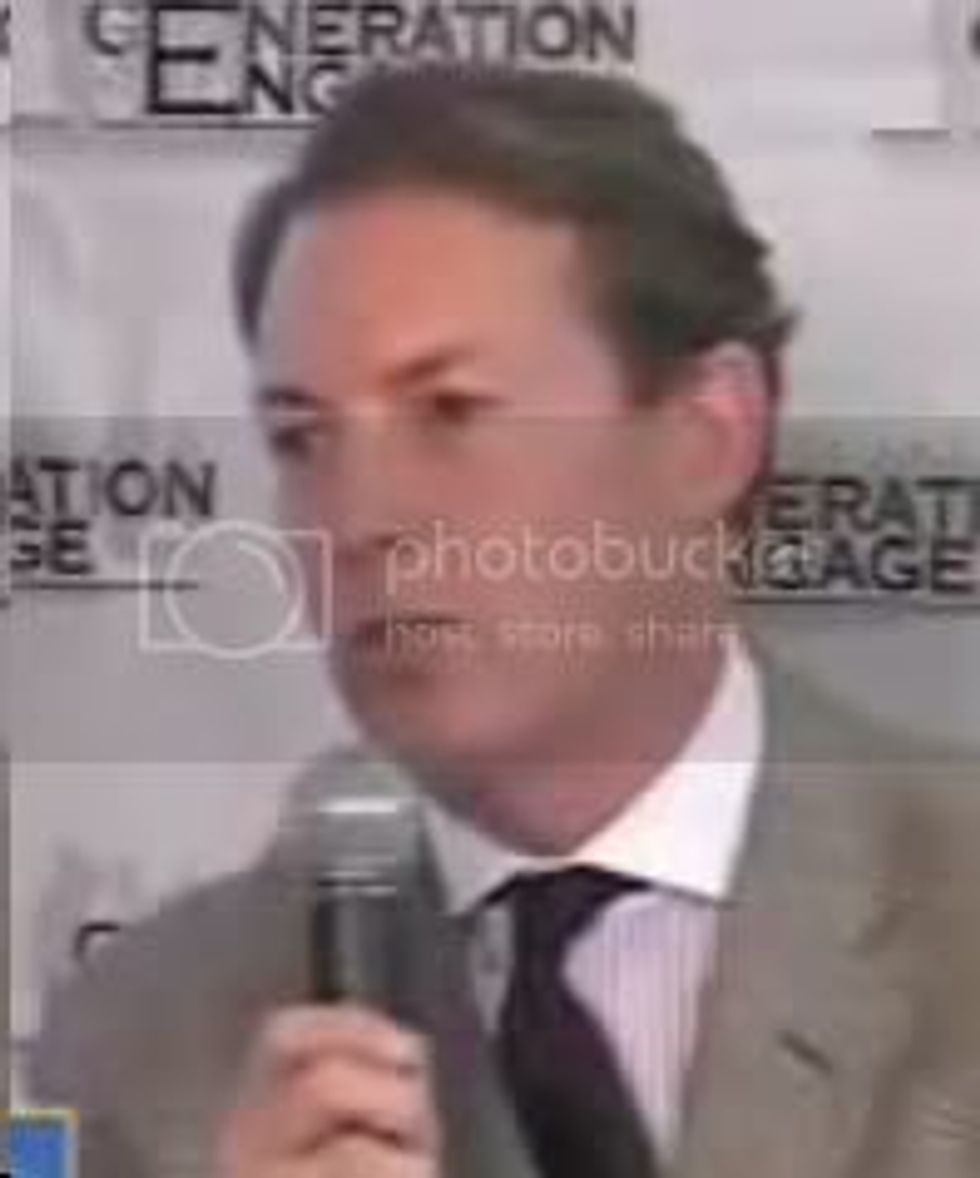 I have no idea whether long-time GOP consultant and the former mayor of our capital city, Tom Fetzer, is gay. Honestly, I don't care if he is or not, but I do care that he thinks there is something wrong/bad/evil about being gay.

Fetzer, who wants to head up the flailing NC Republican Party (oh, that explains a LOT), has just filed a libel lawsuit against Wilmington radio show host Curtis Wright for forwarding an anonymous letter to NC GOP operatives that asserts Fetzer is a Friend of Dorothy. He also names WLTT (Wright's employer), and its corporate owner, Sea-Comm Media. Ryan Teague Beckwith at the N&O's Under the Dome received Fetzer's homo denial letter (all emphasis mine):

I apologize in advance for the content of this message, but as you can see, I had no other choice.

Tuesday, Curtis Wright, a radio and television talk show host in Wilmington, forwarded an anonymous letter alleging that I am gay to Republican leaders throughout North Carolina. The letter is a lie, written by a lying coward. I can't sue the lying coward, but I have authorized my attorneys to sue Curtis Wright and the media outlets he works for.

You can click here to view a copy of the letter my attorney sent to Mr. Wright, WLTT, and Sea-Comm Media.

There are two things you need to know:

1) I am not gay - never have been - never will be. There is absolutely no evidence whatsoever to support any of the scurrilous allegations made in the anonymous attack on me.

2) I will spare no cost or hardship in defending my good name. I intend to vigorously pursue legal action against any and all who spread these lies. The fact that I'm 54 and single does not mean I have to put up with vicious rumors that I'm gay. The fact that I am heterosexual is a matter of public record. The News & Observer once even reported (erroneously) that I had eloped.

OK. This letter is beyond strange -- how does one's heterosexuality become a matter of public record? I'm serious. Did he have sex with a woman in public? Are there photos of him with a female sex worker? Just declaring you are straight (or gay, for that matter) doesn't mean that's the case. Just because a person marries someone of the opposite sex doesn't make it so either.

I mean look at all the closet cases out there we've seen on the Blend who are married and then get busted at a rest stop or...an airport bathroom? The fact of the matter is Larry Craig, for instance, said quite forcefully that he wasn't gay -- perhaps in his mind he just had sex with men. He's completely heterosexual from his POV, as former pastor Ted Haggard famously declared after his "spiritual restoration" quick fix.

I have no idea what Fetzer's private life is or isn't, but he seems quite determined to outline and share his heterosexual future in this letter. Check it out after the jump.

I will marry one day, and soon I hope, when I find a woman I can't live without who feels the same way about me. Not before. And not for any other reason. My parents divorced and perhaps that has made me more cautious than most. But I will get married for the right reason. Of the many wrong reasons to get married, to do so in order to fill-out one's political resume tops the list.

I have been involved in politics for over 30 years -- as an activist, a candidate and an elected official - and this is the most outrageous smear I have ever seen.

As I have traveled around the state, I have made it clear that I will be a Chairman who will FIGHT for our Party and our principles. I'm also going to FIGHT to defend my good name.

The best way to fight a lie is with the truth and that's what I intend to do. I hope you will stand with me in making it clear to those who would disseminate this kind of garbage that there is no room in our Party for them or their lies.

Now, I'm going back to work and continue to focus on leading our Party to victory in the next two years. I ask you to join me in that effort.

Wow. He really does have a tad of a problem. Perhaps from his point of view being gay is problematic, but honestly, couldn't Fetzer have said Wright's a dumbass and blown him off rather than fixate on the need to prove he hates gay people so much that he cannot possibly be gay? This is why the Republican party is self-destructing -- why waste time on something most sane people don't give a rip about? If Fetzer was paying attention, he'd notice the party at the national level is figuring out that constantly whipping on homo strawman just isn't working.

Of course after all this bluster, the now that the lawsuit itself is available for all to see, (PDF), it doesn't even specifically bring up the gay claim.

In his lawsuit, Fetzer accused Wright of concocting a smear campaign against Fetzer to thwart the former Raleigh mayor's attempt to gain the state GOP chairmanship. Wright, Fetzer claims in the lawsuit, has endorsed Kindley for the position.

The lawsuit never specifies the potentially libelous statements, nor does it specifically say that Fetzer is reacting to accusations of being gay.

The reason he didn't is Fetzer's lawyers probably informed him that his lawsuit didn't have a prayer if he took that route -- in 1994 the N.C. Court of Appeals ruled that a false claim that someone is gay is not libelous in itself.

Besides, the high-energy, media-blasted denial has only made Fetzer the laughingstock of the Triangle. Ian Palmquist, executive director of Equality NC, said: "We think it's ridiculous to consider an association of being gay to be derogatory. Mr. Fetzer's argument is out of step with where most North Carolinians are." Now I'm not a savvy political consultant like Mr. Fetzer, but wouldn't circulating this kind of aggressive denial only exacerbate whatever rumors are out there? I realize this is the South, but the former Raleigh mayor would be better off just not addressing the issue, like Florida Governor Charlie Crist.

The risk, of course, if one is gay and in a padlocked closet, is that if there's a rent boy out there who's willing to talk, it's game over, man. Why put this kind of paranoid letter out there? Well, that's easy -- the NC GOP is so full of wingnuts, bigots, bible-beaters and homophobes that if Wright's allegations get any traction it would deep-six Fetzer's political aspirations.

Then again, this letter is such a PR disaster that it may have the same effect. He's made his denial into a sensational story that brings up the very topic he doesn't want to discuss. Maybe it will work; who knows why he wants to head up that fossilized state party.