Screw around, ladies! Makes you more moral than a douchey Times columnist 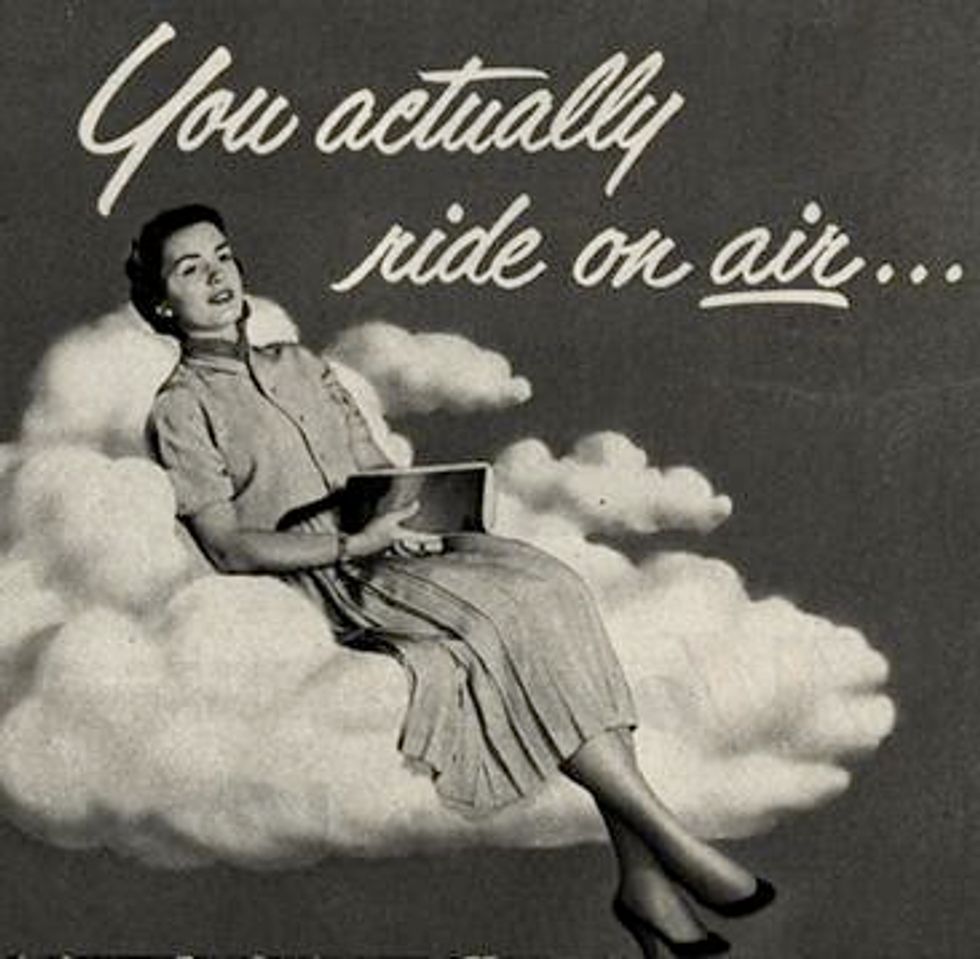 Jesse touched on Ross Douthat's latest excretion yesterday (summary: yes, killing doctors rape victims dying women blah blah, but did you know YOUNG WOMEN ARE FUCKING AND GETTING AWAY WITH IT?), and it was so exhausting to read Douthat's lies and innuendo that I was really happy that other bloggers were all over it, because I really didn't have the energy to push back against his blatant lying about the focus of anti-choice activism two days after one of their semi-annual protests to overturn Griswold v. Connecticut and get the birth control pill banned. Since Douthat mainstreams other wacky ideas you could only get from deep involvement in the anti-choice community---like Planned Parenthood makes most of its money from abortion or Dr. Tiller was lying about the medical indicators for late term abortion, totally untrue and obviously believed by Douthat---he has to know about the movement to ban the birth control pill and is deliberately lying about it to seem more moderate.

Barbara Maha pushes back against Ross Douthat's "moral" objections to elective abortions---which he disingenuously declines to explain are almost all done in the first trimester, with a small percentage in the early 2nd trimester---by arguing that a civil society doesn't legislate every behavior we consider immoral.

No, the purpose of law is to maintain conditions that allow civilizations and societies to exist and function, not to enforce morality. As I’ve argued elsewhere, many things are immoral that should not necessarily be illegal. Most of us consider adultery to be immoral, for example. But as a people who respect personal freedom, we generally think that matters involving sexual acts between consenting adults are not the government’s business.

She's got a good point, but I'm going to go a step further and argue that not only do most people not think that the behavior that Douthat really objects to---women having sex without Douthat's permission---but the actual immoral behavior here is Douthat's. But it's true that I think lying, and sleazing around like a pervert whose desire to control and whose voyeurism slide seamlessly into each other should not be banned by the government until that point where your voyeurism/control issues create a situation where you directly try to control a woman by stalking, harassment, or violence. So far, Douthat works his urges out by spewing bullshit at the NY Times, and that should remain legal, though it's highly immoral.

I'm not comfortable putting women who allow semen near their nethers without submitting to marriage or childbirth in the same category as adulterers. Mostly, adultery falls out of my range of moral behavior, because it involves lying and cheating, and I'm not comfortable with that. But the vast majority of the time, women who use contraception or abortion to avoid becoming mothers right now with this guy (though later with this guy or another is often in the cards, or in the past) are making the most moral choice. Douthat would deprive women of the right to be the best, most moral people they can be, and instead subject them to unhappy marriages or social ostracism (it's a right wing fantasy that they can re-stigmatize single motherhood to achieve their goals, something Douthat has also petitioned for) because....? Because women are so devalued in his eyes that their happiness must be sacrificed to please the whims of the social miscreants and perverts that rail against women's basic rights, particularly the oh-so-fun mix that shows up to protest and threaten clinics, which Professor Foxy described so well.

When I started, almost all of the antis were 45 plus, white, male and slightly disheveled. These antis still exist, but they are now joined by the younger antis. Some of these younger antis are hip, especially the Bound for Life crowd. We also have many, many students who come from local colleges, the most prominent being Christendom College.....

These antis are young and fresh faced. Most of them come from home schooling backgrounds. They are usually white and dressed very conservatively: the boys in khakis and pressed shirts and the girls in full-length denim and flowered shirts with hair flowing down their backs.

So, a mix of bitter men with personality issues that made it hard for them to charm a woman into sexual and domestic service, and they blame feminism for making it hard to nail someone down after a drunken mistake, naive kids, and people who've sold out their own selves to a strict patriarchy and resent anyone who hasn't.

If you believe women have value, then there's no real debate about whether or not it's moral for a woman to protect herself from giving birth until she's quite sure about the timing and the man involved. Of course, this reality confuses people who think that the genders are in constant war with each other, and therefore if women aren't being nailed down by unwanted childbirth, then men lose out. Or if a man doesn't really see himself committing to this woman right now, the woman loses out. This, of course, is utter bullshit. The ugly reality that anti-choicers try to conceal is that most of the time, most heterosexual encounters have the people involved on roughly the same page, especially when it comes to marriage and childbirth. Sure, there's cases where one party wants to keep it light and the other wants to explore a relationship, but almost never does that mean that the other is ready to sign up for tying that person to them with a kid. Because having a kid is a big deal. And even couples in committed relationships who want children together don't necessarily see that as something that they should be open to any old time, as Douthat and his would have them be. Men and women's interests dovetail pretty nicely on the subject of whether or not it's moral for a woman to risk bearing a child every time she has sex. And both genders resoundingly believe that it is moral, even if they're more afraid to say it quite like that then they are to praise pot-smoking as a fine way to spend their time.

What's immoral is spouting off and even lying to support a worldview that's anti-man, anti-woman, anti-child (since they do much better when they're wanted), and just generally anti-human. All these discussions that cast birth control and elective abortion in this seedy light are predicated on the notion that sex is morally suspect, and why? Because it feels good? Look---our world is a harsh one even in good times, and especially nowadays. People feel disconnected, overworked, and oftentimes numb. In that environment, not only is sexual pleasure a good thing, it's the sort of self-care that we should see as a strong moral good. The hostility to sex belies the moniker "pro-life" as much as the casual support for terrorism. Being pro-sex is about believing that life is for living, not something to drudge through miserably in the faint, unrealistic hope that there's some reward in the afterworld for depriving ourselves in this one. As far as pleasures go, sex should top the list of morality. True, like most things, it can be abused, but most of the time it's a pleasure that doesn't do anything bad to the environment, doesn't hurt anyone else (and practiced correctly, improves at least one other person's day), and, in the grand American tradition, is a healthful practice that should have a veneer of morality just for that, especially since conservatives and liberals agree that reaching your target heart rate on a regular basis is a valuable practice, if difficult to maintain in our sedentary society.