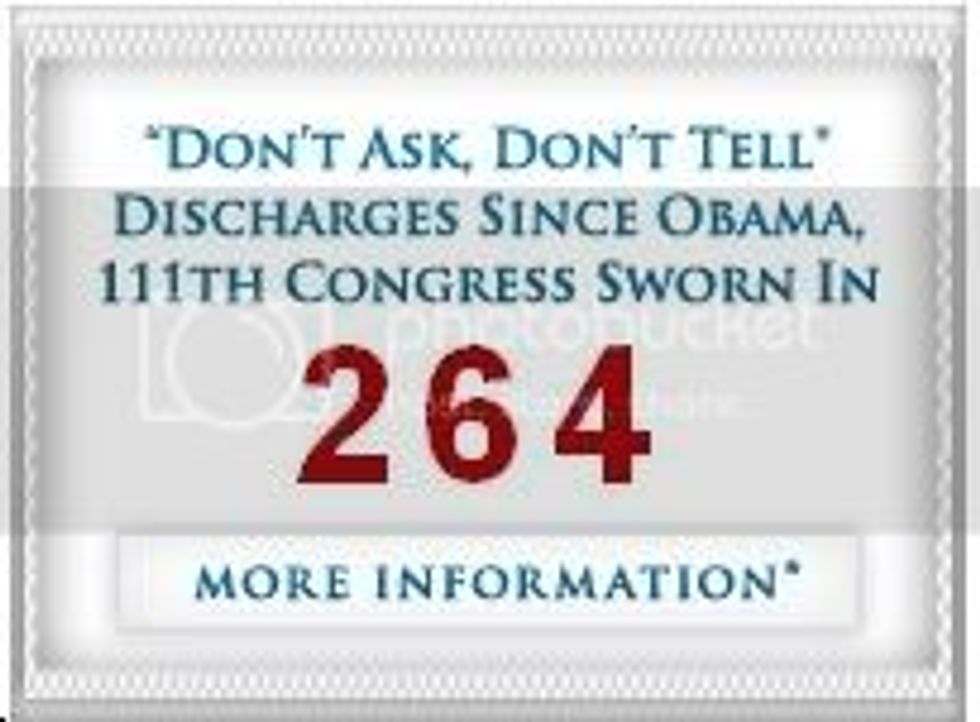 You'll recall that yesterday, 77 members of Congress sent a letter to President Obama calling for him to suspend DADT discharges by changing the policy's implementation at the Department of Defense (as opposed to executive order). The Advocate sought a response to this letter from the administration. It was, to be charitable, lacking.

"President Obama remains committed to a legislative repeal of Don't Ask, Don't Tell, which he believes will provide a durable and lasting solution to this issue. He welcomes the commitment of these members to seeing Congress take action," read the statement.

As in, the White House isn't lifting a finger to do anything unilaterally to stop the discharge of valuable, trained service members. No wonder SLDN is not only protesting at the LGBT DNC fundraiser, it will march on the White House on Saturday, June 27.

The Servicemembers Legal Defense Network (SLDN) and its allies will commemorate the 40th anniversary of the Stonewall riots by leading a march of 265 veterans, service members and supporters to the White House 2 p.m. Saturday, June 27, to urge President Obama to break his continued silence on repealing "Don't Ask, Don't Tell." The 265 marchers represent the number of service members discharged this week since the President and the new Congress were sworn in.

"‘Don't Ask, Don't Tell' underscores that discrimination against gays and lesbians continues 40 years after the Stonewall riots, and reminds us that many challenges remain in the fight for full equality," said Aubrey Sarvis, SLDN Executive Director. "Like those who stood up for freedom at the Stonewall Inn in New York City, we will stand up for the freedom to serve. We need to tell President Obama that 265 is enough."

SLDN has been urging the President to speak up and send a bill (the Military Readiness Enhancement Act) to the Speaker of the House and the Senate Majority Leader that overturns DADT and replaces it with a policy of nondiscrimination.

Meanwhile, the LGBT fundraiser (it is on Thursday), is in complete meltdown, with a long list of drop outs. The Washington Blade.

Tension continued to build over an upcoming LGBT fundraiser for the Democratic National Committee with several gay invitees planning to boycott the event and others planning to attend to voice their frustrations to party leaders.

The latest invitee to withdraw Tuesday from the event was Chuck Wolfe, president of the Gay & Lesbian Victory Fund. An informed source confirmed that Wolfe would not attend.

Below the fold are people who still plan to go -- and who spoke to the Blade .

But Joan Garry, a former executive director of the Gay & Lesbian Alliance Against Defamation, said she's planning to attend to "carry a message directly to the senior DNC leadership" and say that "the controversy is about more than a group of people withdrawing from a fundraiser and it's about more than impatience."

...Brian Fricke, a gay Iraq war veteran and SLDN board member, told the Blade last week he plans to attend the fundraiser even though he was disappointed by the Justice Department brief.

...Peter Rosenstein, a gay Democratic activist in D.C. ... "My concern is that if we tell the Democrats that we are not going to speak to them and just boycott what they're doing, who are we helping?" he said. "I think we have to speak to the Democrats face-to-face and say how frustrated we are, how upset we are with what's going on and demand that they do something."

...Claire Lucas, a lesbian Democratic activist. She's not on the list of special invitees. She said she "was very disturbed" by the language in the Justice Department brief, but still planned to attend the fundraiser "to continue the dialogue our community is having with our elected officials and DNC staff" on LGBT issues such as same-sex marriage and an Employment Non-Discrimination Act. Lucas also said she planned to attend "to show support for the good acts" that Obama has accomplished in office.

The Blade will have reporters at the event to cover the rapidly decomposing affair. 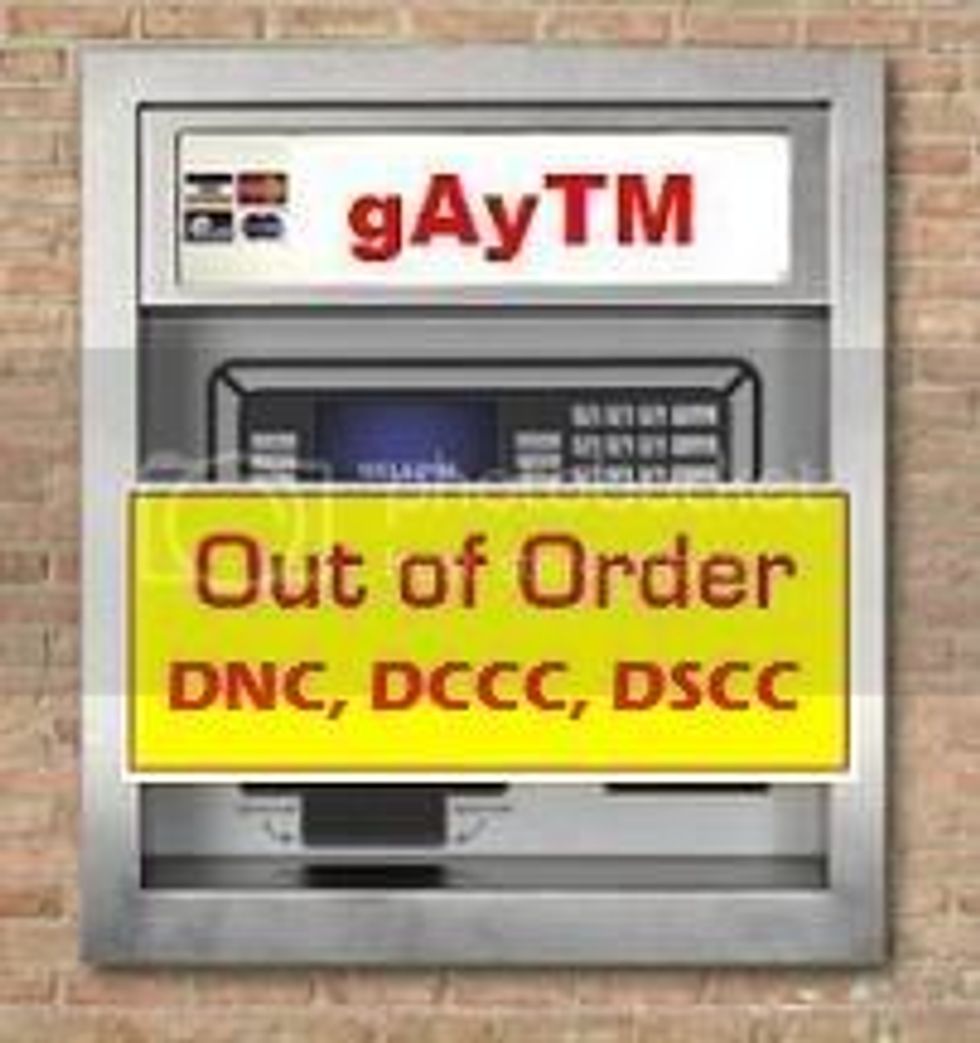 If you CAN make the date, you'll be joining the Vice President of the United States . . .

It would mean a great deal to have you with us:

Did I mention that the Mandarin Oriental has a 10,400-square-foot spa?

Also passing: The National Stonewall Dems, former Co-Chair of the Obama LGBT Leadership Council during the 2008 campaign, Stampp Corbin; the National Black Justice Coalition said no board members are attending, CNN commentator Hilary Rosen confirmed to me today via email that she is not attending.