72-year-old great-grandmother dares officer to tase her; he takes her up on it 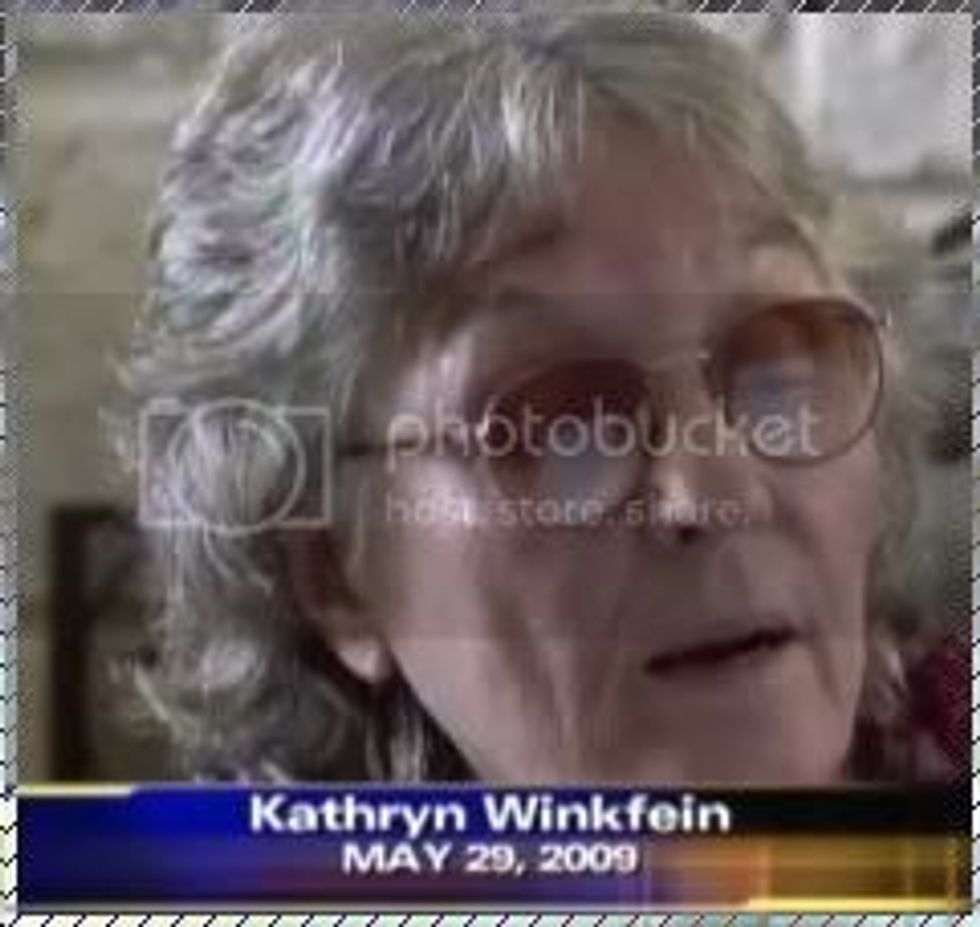 Here we go again. A cop is caught using a Taser not in the place of a gun, but as a device to ensure compliance from a belligerent person who is not a threat to the law enforcement officer.

Dash cam video has been released to FOX 7 showing exactly what happened between a Constable's deputy and a 72-yaer-old woman, before she was tasered last month. The officer says says Kathryn Winkfein mouthed off, and was physically non-compliant. Winkfein told us that wasn't true. Precinct 3 Sgt. Maj. Gary Griffin says he's reviewed the dash cam footage and he's standing by his deputy--he says followed policy.

Just after two in the afternoon on May 11, the video shows Deputy Chris Bieze stopping Kathryn Winkfein for speeding on a notoriously dangerous strip of Highway 71. After completing the paperwork, the officer returns to Winkfein's truck, but she refuses to sign the speeding ticket.

"Take me to jail," Winkfein demands on the tape, "I'm a 72-year-old woman." That's when the deputy opens the driverside door to arrest the great-grandmother. "Give me the ******* ticket now," Winkfein curses. The deputy shoves her. "You're gonna push me? A 72-year-old woman?"

The shove, the Constable's office says, served to get the two out of oncoming traffic. Then, the deputy warns her one of five times.

The deputy announces he's going to taser Winkfein, and the woman hits the ground as the taser is deployed.

I do not see how the police could view this as a proper use of a taser. Bieze threatens to taser her again if she does not put her hands behind her back. He then tasers her again. He then charges her with resisting arrest.

The video is a textbook example of how tasers have served to escalate the level of force in such encounters. While Bieze might have called for back up or physically restrained Winkfein, he moves almost immediately to the use of the taser. The fact that Constable McCain would watch this video and find (here) that Bieze acted properly raises serious questions of his own judgment.