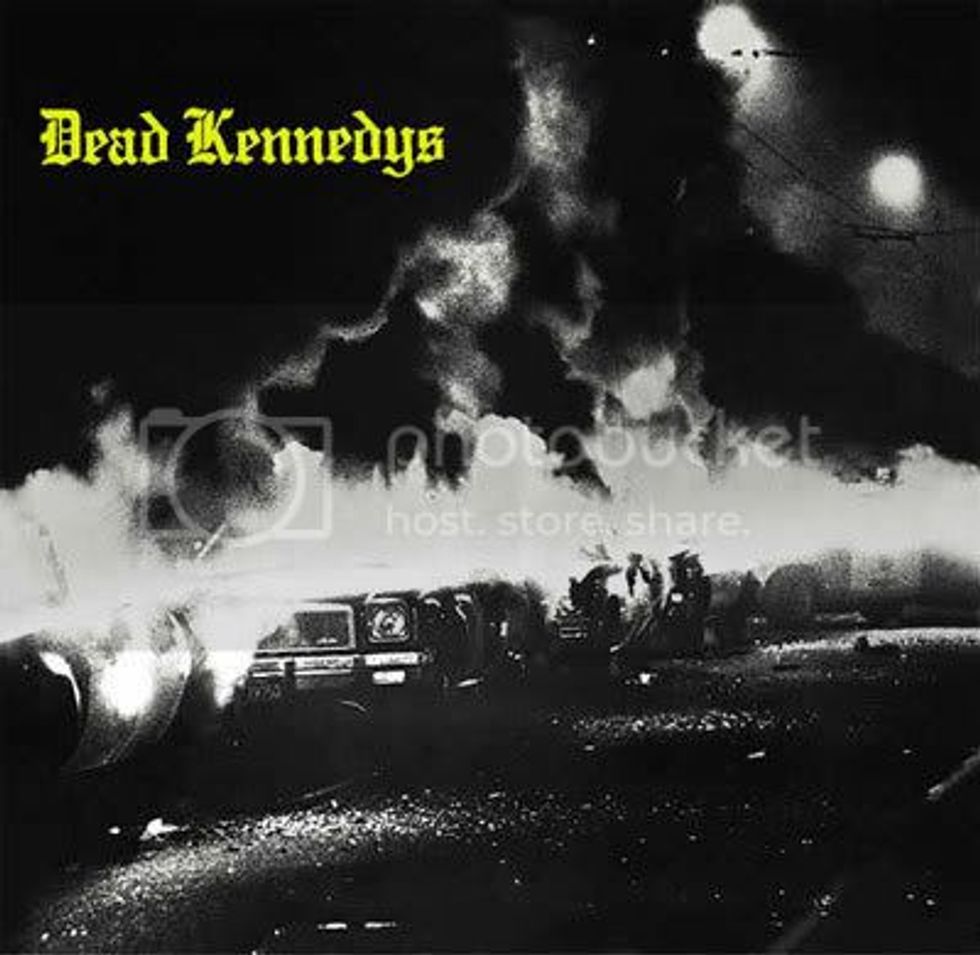 Michael has laid down another ABF challenge.

So, because it’s Friday and because some Fridays are Arbitrary (don’t ask why some Fridays are and some Fridays aren’t), here’s today’s Fun Game. We have all agreed to strike the zither music from The Third Man and the epilogue from Harry Potter and the Couples Who Found Their Life Partners During Adolescence. We have the technology to do this, too, what with the amazing Epilogue-B-Gon® and the space-age Dezitherer®. What else should we do while we’re at it? What cultural artifact is nearly ruined for you by just one thing whose removal would enhance your enjoyment of it immensely? Bull Durham without Kevin Costner? Salon without Camille Paglia? Remain in Light without “The Overload”? Get out your blue pencils and your white-out and your antipagliafiers, people, and let’s have some fun—with a purpose!

I'm going to rise to the challenge because a) this week has been unbelievably depressing and we need some fun in here and b) it came up naturally in conversation over beers with my boyfriend last night. The song "California Uber Alles" came on in the bar, and Marc idly suggested that the levels of humor and creativity in the Dead Kennedys' music might make them the best punk band of all time. I demurred, but agreed that Fresh Fruit For Rotting Vegetables is about as perfect and amazing an album as they come. In fact, I argued, it's not just that there's no weak tracks, it's that all the tracks are remarkably strong---

And then came up short. Because yes, I had unintentionally lied out loud and caught myself in the process of doing it. Because as I sifted through my memories to those days when you'd buy an entire CD, put it on the player, and listen to it---imagining myself in my old Toyota Corolla, sliding Fresh Fruit into the player and gleefully singing, "Economy is getting bad/Let's start another war"---to think of some tracks to back up my point, I remembered.....oh yeah, the one that always forced me to hit the "skip" button.

Yes, "Viva Las Vegas". It's a pointless, stupid cover. They add nothing to a song that was already pretty stupid, and Jello Biafra trying to channel Elvis Presley isn't funny or entertaining. To make my pain worse, this song got revived on the soundtrack for Fear and Loathing in Las Vegas, which undoubtedly means that a whole generation of pot-smoking cult film enthusiasts who know they probably should know the Dead Kennedys but can't be bothered to seek out their music now only know them from a song that is no way representative of the album or the band as a whole. I can't imagine this song compelling anyone to seek out the whole album.

This is too bad, of course, because if you could excise "Viva Las Vegas" from the album, you have one the funniest, most inventive punk albums ever. Of course, the intensely political nature of the album causes a particular kind of hipster white guy that unfortunately controls the world of music criticism to grab his ass and run in fear that someone might think he's a person with terminally uncool concerns like love and war. Like this quote that I cribbed off Wikipedia:

Writing that list must have been painful for them, because while punk is not always political, it pretty frequently is---I checked the list, and by my count, at least 20 of the 50 bands on there are politically shrill under the most conservative definition, which would be "holding your politics out on your sleeve and making it clear they're important to you". I'm sure a conservative blogger would imagine all 50 are shrill.

But I digress. The funny thing about the way that the Dead Kennedys put the fear of being seen as momentarily unironic into some is that one listen to Fresh Fruit for Rotting Vegetables shows you the joke's on people who think passion and humor are at odds. Plus, it's just so fun to listen to. It seems that the song-writing is more interesting every song, until the last song---well, the last one in my version of the album---"Holiday in Cambodia", which really takes punk guitar playing to another level. It manages to be atmospheric and intense and playful at once. It's a pretty unique song in the canon in a lot of ways.

But for some reason, my secret favorite song is "Stealing People's Mail".

It's just the most absurd topic to write a song that sounds like that about. It makes me want to blast it and go stealing people's mail, because it's such a good song it deserves it. By the way, the cover is a photograph taken from the White Night riots.

So, rise to the challenge. What movie/book/TV series/etc. would be a lot better if you could just slice one piece out of it?