NOTE: Contribute to the Maine campaign to ensure marriage equality remains in place here, via ActBlue, and you can also help Maine Freedom to Marry. Joe has a big post up on the Maine fight.

The Christian Civic League of Maine's Mike Heath is gloating about reaching the number of signatures needed to put "the people's veto" re: marriage equality on the ballot. He boasts even as he tries to make the anti-equality movement look like an underdog (via e-blast from his sidekick Mike Hein, whose email handle is "twofistedmanofgod"): 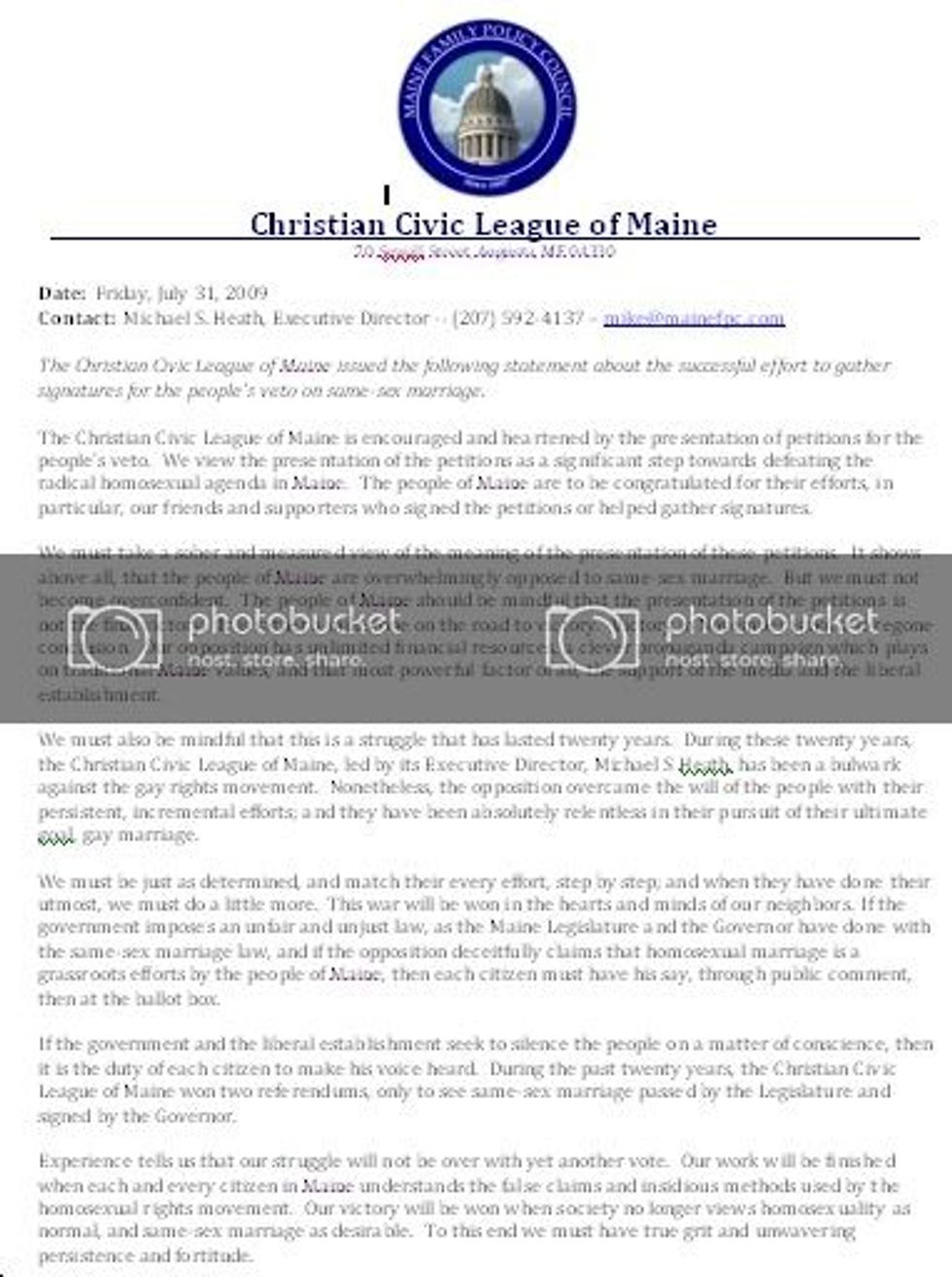 We must take a sober and measured view of the meaning of the presentation of these petitions. It shows above all, that the people of Maine are overwhelmingly opposed to same-sex marriage. But we must not become overconfident. The people of Maine should be mindful that the presentation of the petitions is not the final victory. It is rather a milestone on the road to victory. Victory in November is not a foregone conclusion. Our opposition has unlimited financial resources, a clever propaganda campaign which plays on traditional Maine values, and that most powerful factor of all, the support of the media and the liberal establishment.

We must also be mindful that this is a struggle that has lasted twenty years. During these twenty years, the Christian Civic League of Maine, led by its Executive Director, Michael S Heath, has been a bulwark against the gay rights movement. Nonetheless, the opposition overcame the will of the people with their persistent, incremental efforts; and they have been absolutely relentless in their pursuit of their ultimate goal, gay marriage.

We must be just as determined, and match their every effort, step by step; and when they have done their utmost, we must do a little more. This war will be won in the hearts and minds of our neighbors. If the government imposes an unfair and unjust law, as the Maine Legislature and the Governor have done with the same-sex marriage law, and if the opposition deceitfully claims that homosexual marriage is a grassroots efforts by the people of Maine, then each citizen must have his say, through public comment, then at the ballot box.

If the government and the liberal establishment seek to silence the people on a matter of conscience, then it is the duty of each citizen to make his voice heard. During the past twenty years, the Christian Civic League of Maine won two referendums, only to see same-sex marriage passed by the Legislature and signed by the Governor.

Experience tells us that our struggle will not be over with yet another vote. Our work will be finished when each and every citizen in Maine understands the false claims and insidious methods used by the homosexual rights movement. Our victory will be won when society no longer views homosexuality as normal, and same-sex marriage as desirable. To this end we must have true grit and unwavering persistence and fortitude.

The Christian Civic League will continue to stand by the people of Maine as they go forward to defend marriage, and together we will win the victory.

With his claim that each citizen has a right to have a say at the ballot box -- regarding civil rights, mind you -- does he really want that precedent set in his state? What else will he want to have a say on, hmmm...divorce...parental rights? Maybe the people of Maine will want to rise up and do something about the rights of fundamentalist busybodies who want to deny certain select groups of people rights.

BTW, watch out Heath and Hein (and the rest of these people), I may show up there to personally campaign against your hate initiative, see below the fold. Courtesy of Mike Tidmus: 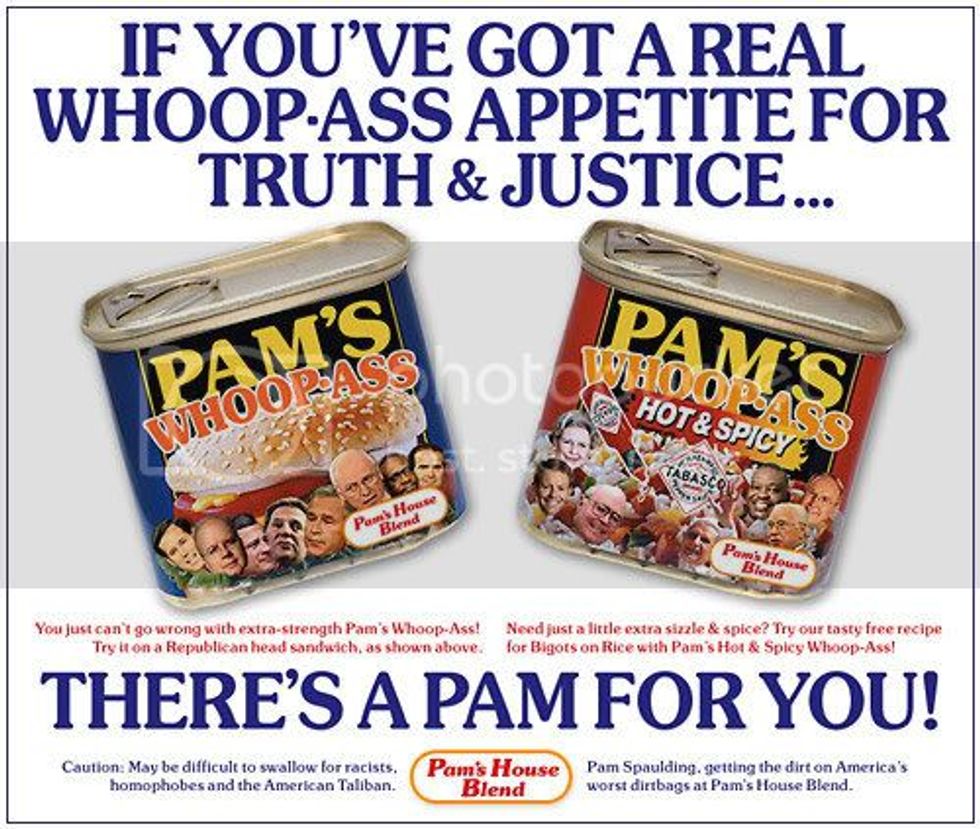