How dare you get 5 more minutes of sunshine a day than me? 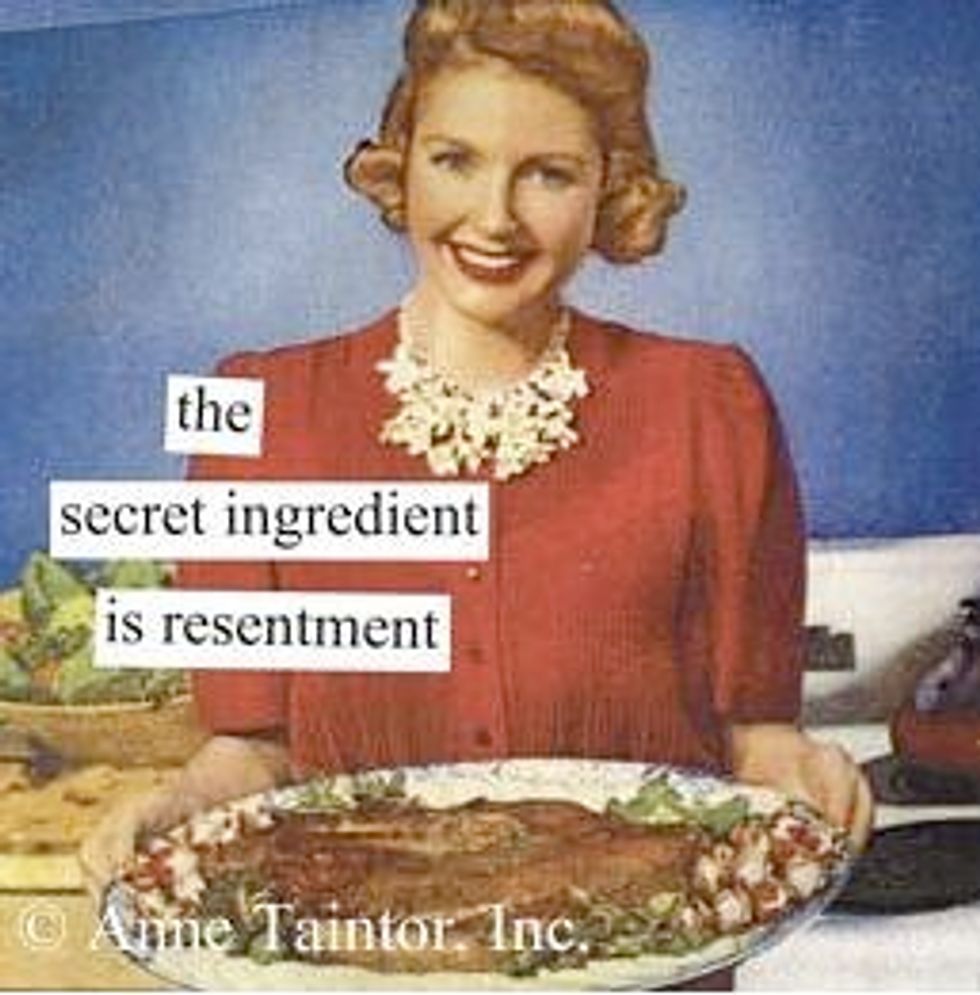 Sometimes, the need for conservatives to shut up and let the professionals do their talking becomes so strong that even I almost feel pity enough to say, "Stop trying to deny that you're nutty, because your denials are proving the point." Almost. And then I start laughing again, such as at the comments in this piece I wrote about birthers, where it was made clear to me by birther commenters that they could prove their non-nuttiness with A LOT OF CAPS LOCKS AND MANY! EXCLAMATION! POINTS! But reading The Daily Texan yesterday at the bus stop, I found what might be the absolute ideal of right wing faux populism. It was a letter to the editor by a dude protesting an article written by a female student about the assholes of the anti-choice movement. You can fill out your Wingnut Bingo card in short order with it: misrepresentations, outright lies, trotting out vocabulary words with the wrong connotations, "I know you are, but what am I?" attempts at trying to thwart those crafty liberals, Palin worshipping, and of course, thin attempts to win the argument by declaring that you're morally superior because you have a certain salt-of-the-earth quality your opponent lacks, with her tea-drinking liberal elitist ways.

And it's that last one that I found comically thin.

First, Lingwall impressed me with her originality by taking a shot at Sarah Palin. Surely this is not the “original thought” that she has been learning in her prestigious Plan II classes?

For those who don't know, Plan II is the UT version of a standard honors curriculum that a lot of universities have. A few weeks ago, Matt pointed out that conservatives like Ross Douthat are slicing up the differences that allow someone to have a leg-kicking full-on right wing resentment temper tantrum over mightily thin if they're really going to kick up dust over the state university vs. Ivy League thing. But Matt and the NY Times Douchebag have had a real lapse in imagination compared to this finance major at UT. He's realized that the real gulf between Real Americans and Latte Liberal Elitist Snobs Who Need To Be Taken Down A Peg isn't what university you went to. After all, he is a Real American who is forced to rub shoulders at UT with Latte Liberal Scum. No, the real divide is whether or not you are on the honors track at your particular university.

To be perfectly fair, right wing faux populism has its origins in this sort of A students versus C students battle. In Rick Perlstein's engrossing history Nixonland, you learn that it just burned Nixon up when he was in college that some of his fellow students were Franklins, a club composed of the 1920s version of the Cool Kids. Nixon started a counter club called the Orthogonians, basically people who resented the Cool Kids. And thus the right wing narrative about how it's morally pure to resent people for being smarter or more sophisticated than you was born, and one-up-man-ship of who is the most anti-intellectual, anti-sophistication, anti-culture---and therefore morally pure---began.

I suggest that there is no end game to this. Anything can be used to argue that someone else thinks they are so special and all that, and thus you are their moral superior. Why stop at honors track vs. non-honors track? B students of right wing inclinations, declare your superiority over the A students. Ditto C students over B students. If you flunked out of college because you kept forgetting to go to class, well, that might seem dumb to some, but it just shows that at least you don't think you're so great. If you get a 3.7 in college, console yourself by saying some assholes got a 3.8, 3.9, and even a 4.0. Who do they think they are?

Of course, the irony is that right wing faux populism and resentments are about perpetuating actual oppression. This letter writer isn't the victim of oppression he thinks he is because some fellow students run around making As and having sex as if they have a right when he's not doing either. But he's eager to force women to bear children against their will. And frankly, he's not very good at concealing that abortion bans satisfy that urge to punish people you resent for thinking they're so cool. Oh, these feminists think they're so cool with their fun and satisfying sex lives, do they? Well, they won't be laughing so hard with joy when they're forced to have a baby against their will.