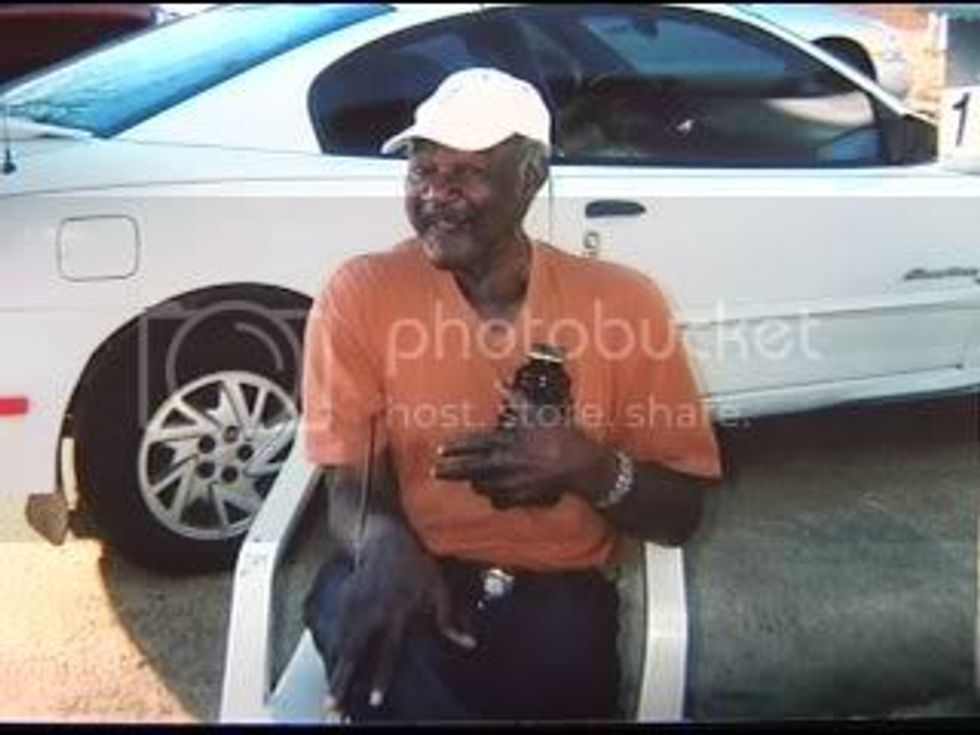 Back in March I blogged about yet another example of cops out of control -- the murder by cop of a 73-year-old black man, a cancer survivor, who was hosting a family cookout in front of his humble home in Homer, Lousiana.

Officer Tim Cox, and Officer Joey Henry showed up at Bernard Monroe's house to speak with the elderly man's son Shawn (he had a record, but didn't have any current warrants against him). The younger Monroe ran toward the house and Officer Cox pursued him and...

[T]he elder Monroe had started walking toward the front door, carrying only his drink bottle, to try to intervene. When Monroe got to the first step on the front porch, the witnesses said, Cox opened fire, striking him several times as adults and children stood nearby.

"He just shot him through the screen door," said Denise Nicholson, a family friend who said she was standing a few feet from Monroe. "After [Monroe] was on the ground, we kept asking the officer to call an ambulance, but all he did was get on his radio and say, 'Officer in distress.' "

As Monroe lay dying, the witnesses said, the second police officer, who has not been publicly identified, picked up a handgun that Monroe, an avid hunter, always kept in plain sight on the porch for protection. Using a police-issue blue latex glove, the officer grasped the gun by its handle, the witnesses said, and then ordered everyone to back away from the scene. The next thing they said they saw was the gun on the ground next to Monroe's body.

Well, here we are in August (the shooting was on Feb. 20) and there have been at least two investigations. Did anything come of this? The update is the two officers are moving on to other jobs. No one with a badge did any time for the slaying of an unarmed, elderly black man.

"Tim Cox told me he is moving to St. Tammany Parish and I think will be training canines for police departments," Colvin said. "I don't know what Joey Henry is going to do."

Both officers had been on paid administrative leave after the shooting, which is still under investigation by the FBI and state police.