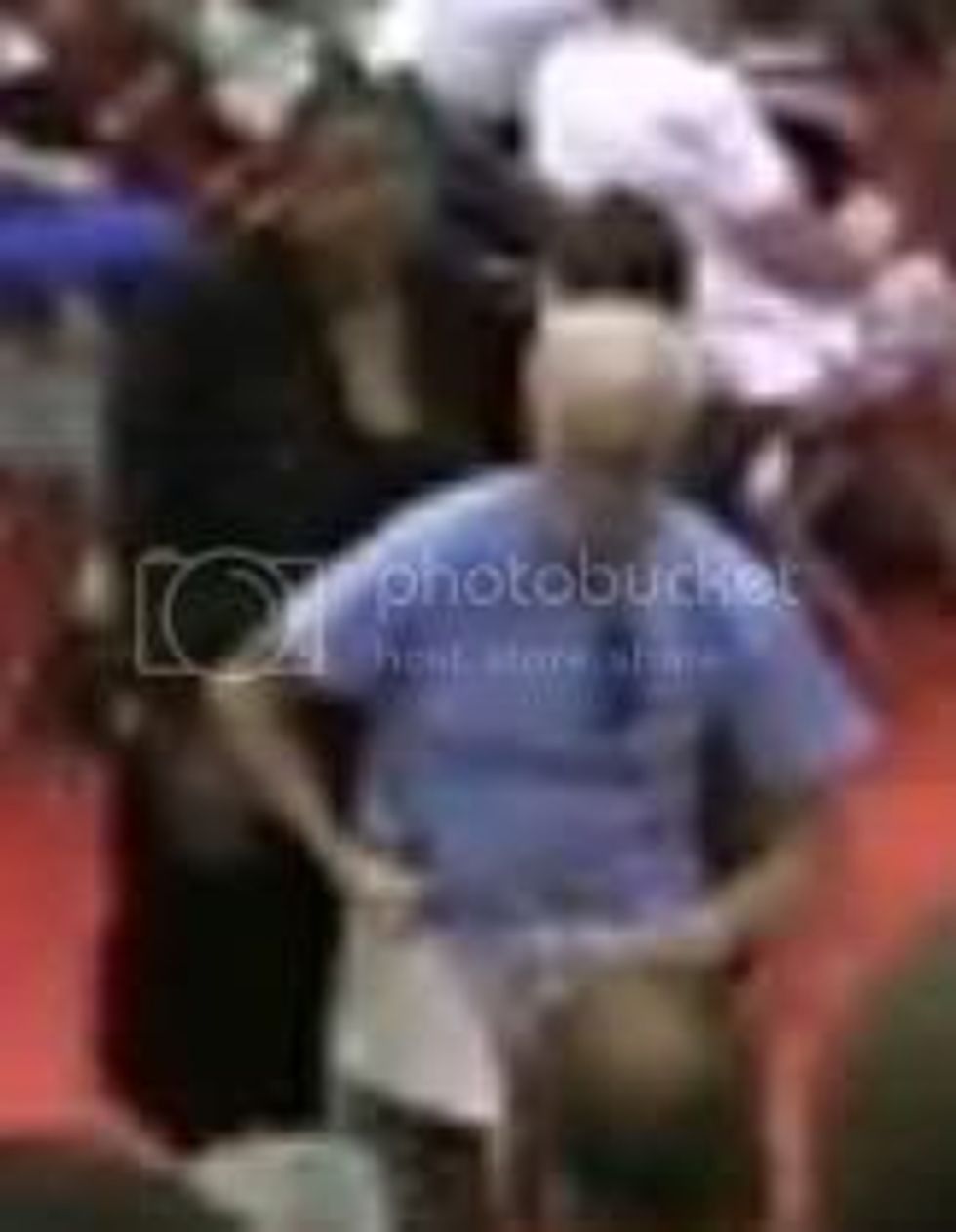 Wow. Just. Wow. All I know is if this is the path these people are taking, the darkest days are ahead. Exclusive video from an incident at Senator McCaskill's town hall in eastern Missouri:

The poster was not of Obama, it was not pro health care, the poster that was taken from the woman and wrinkled up into a ball was of Rosa Parks.

National news coverage only showed the woman being escorted from the forum and left out the fact that it was the man who started the incident. Not to mention it was a poster of Rosa Parks.

Angry Black Bitch has an on-site report of the out-of-control nightmare coming from the kind of people we saw in full-out-racist mode at McCain/Palin rallies during the campaign.

I did have an unfortunate incident with a woman when I was trying to make a phone call outside of the hall while being black. She got up in my face…said something about being tired of all us [insert N-word]…and then called me a baby killer (I was wearing a pink Planned Parenthood t-shirt). She was quickly escorted away by an extremely nice and police officer.

They are so far off the reality-based charts that it's hopeless to think the conflicts will not escalate:

A lot of the folks in attendance were confused. President Obama was portrayed on signs and pamphlets as some sort of Nazi, socialist, foreign born, communist, Muslim, euthanasia enthusiast, fascist who wants to tyrannically impose new environmental standards to perpetuate the dangerous myth of global warming all the while teaching the wee little babies about birth control in pre-school and plotting to knock off Grandma.

These people seem to be scared shitless by the Obama presidency.

Many of them are on Medicare…like Medicare…don't want to see Medicare go away, but are opposed to government healthcare coverage options.