Give me a flippin' break. In a sanctimonious and erroneous speech of epic proportions, "On Development That Respects the Environment," the Prada Papa Ratzi takes a brief break from his incessant homo-bashing to give a swift kick of blame to atheists for sending the world into hell in an environmental handbasket.

The earth is a precious gift of the Creator, who has designed its intrinsic order, thus giving us guidelines to which we must hold ourselves as stewards of his creation. From this awareness, the Church considers questions linked to the environment and its safeguarding as profoundly linked with the topic of integral human development. I referred to these questions several times in my last encyclical "Caritas in Veritate," reminding of the pressing moral need for renewed solidarity" (49) not only in relations between countries, but also between individuals, as the natural environment is given by God to everyone, and its use entails a personal responsibility towards the whole of humanity, in particular, towards the poor and future generations.

...“Is it not true that inconsiderate use of creation begins where God is marginalized or also where his existence is denied? If the human creature's relationship with the Creator weakens, matter is reduced to egoistic possession, man becomes the ‘final authority,’ and the objective of existence is reduced to a feverish race to possess the most possible.” 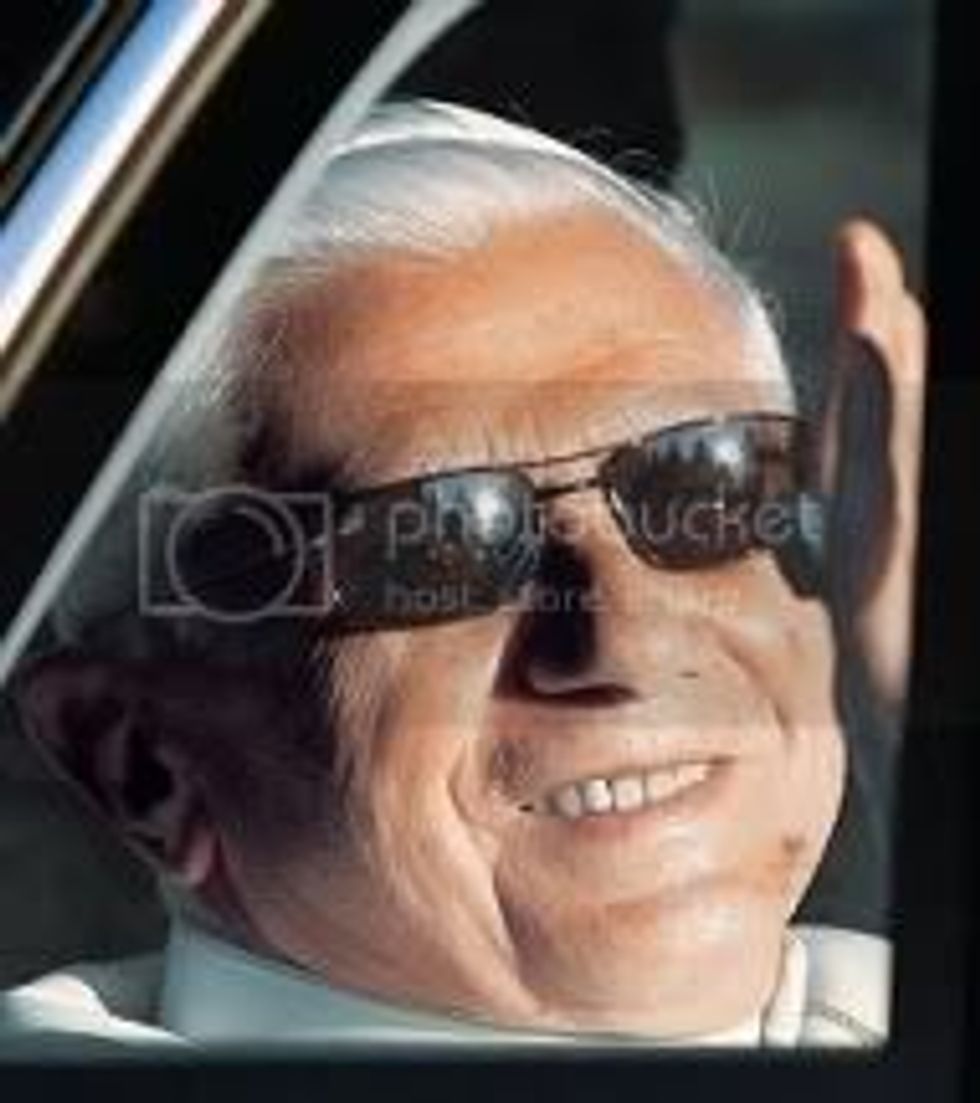 Wow. Does this man sit around all day, with his assistants at his beck and call, thinking up ways to shuttle blame for the state of the world on every group and institution except his own domain of child-raping, faithful-family ruining priests and cover-up cardinals? It's mind-blowing that he can so effortlessly bleat out these statements when his own house isn't in any kind of moral order. Paul Fidalgo@Examiner.com:

According to Joey Ratz here, atheism is a cause of environmental rape. It's the usual false equation usually made about atheists and morality--if there's no God telling you how to behave, how do you know not to kill? Or in this case, how do you know not to selfishly ravage our earthly habitat? But here, he even goes a step further, and implicates people who simply don't have God as a central part of their lives, "where God is marginalized," not always at the forefront of thought. That's rough.

The heavy dose of anti-atheist bigotry in this message is not only on the surface, blaming atheists for the plunder of the planet. Worse yet, those heads of corporations and governments who couldn't give two Hail Marys about our current habitat or what our children will inherit are primarily religious believers. In America, mostly Christian. And by "mostly," I mean "for all intents and purposes all of them." These folks are not denying God's existence--in many instances God is used as a justification for insane waste, exploitation, and brain-dead policy.

A response from Terry Sanderson, President of the National Secular Society:

“This is rich coming from the leader of an organisation that has plundered the world to enrich itself. As he sits in his golden palaces, surrounded by unimaginable luxury and material wealth, he lectures the rest of us about restraint and greed. We have nothing to learn about environmentalism from this hypocrite.”