Anti-gay film to be screened at Values Voter Summit; see who declined the conference invite 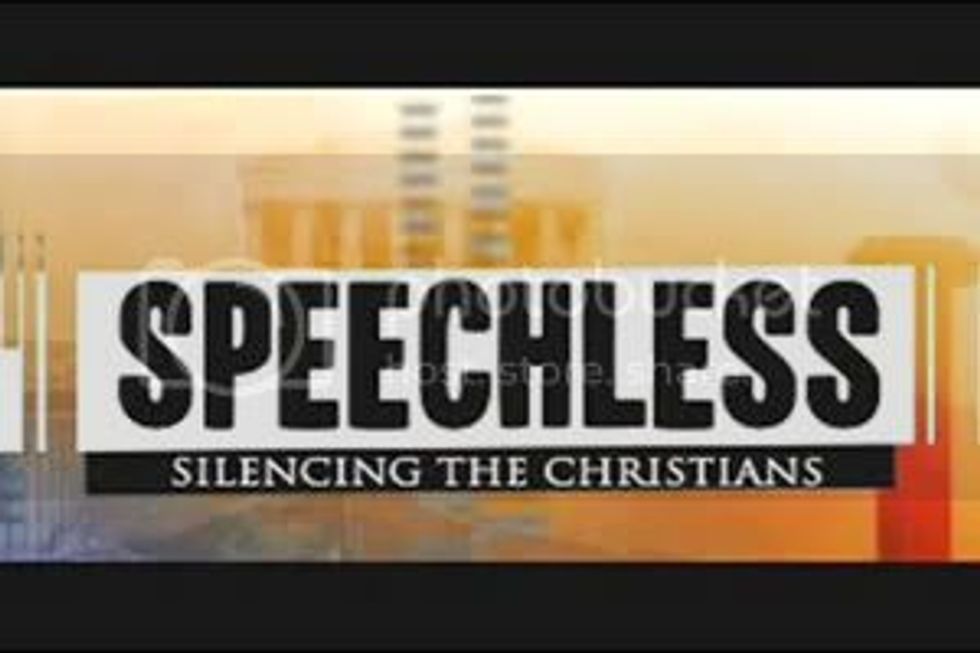 it's no surprise that the 2009 Values Voter Summit, launching on Friday, sponsored by the Family Research Council, the American Family Association, Focus on the Family and a host of other professional anti-gay, misogynist, forced birth advocates, will entertain the attendees with a screening of Speechless: Silencing the Christians.

This is the flick that was peddled around the country in local markets to air and scare people about the Homosexual Agenda. Since watching a film about say, Obama's health care plan and why it's SOCIALISM; it's always good to go back to the old saw of hating on the gays to give the crowd a collective hard-on. (OnTopMag):

[youtube http://www.youtube.com/v/Ootrp7KSZDg&hl=en&fs=1& expand=1]In the documentary, the AFA asserts that proposed federal hate crime legislation would outlaw religious speech, that employment protection laws force churches to hire gays and lesbians, that gay men and women are largely responsible for HIV/AIDS and all STDs, and that gay marriage hurts the family because it deprives children of a mother or a father.

In July, hundreds of gay activists protested outside the Florida offices of Tampa's WFLA Channel 8 after executives decided to broadcast the video. The rally was organized by several local gay rights groups including Equality Florida and Pride Tampa Bay, and the Metropolitan Community Church of Tampa, a gay-inclusive Christian denomination. The groups' pleas to not air the special had fallen on deaf ears.

But in other markets, gay activists were successful in derailing the film's release, including WOOD-TV 8 in Grand Rapids, Michigan and WSXY 6.2 in Columbus, Ohio.

“There's a time and place to show such hateful trash, a gathering of bigoted homophobes is the only place,” R. Zeke Fread, director of Pride Tampa Bay, told On Top Magazine in an email. “I'm sure Speechless will receive enthusiastic applause and a standing ovation [at Value Voters Summit].”

On Saturday, FOTF will have a conference session on "countering the “homosexual agenda” in public schools" and another on how marriage equality will destroy religious liberty. 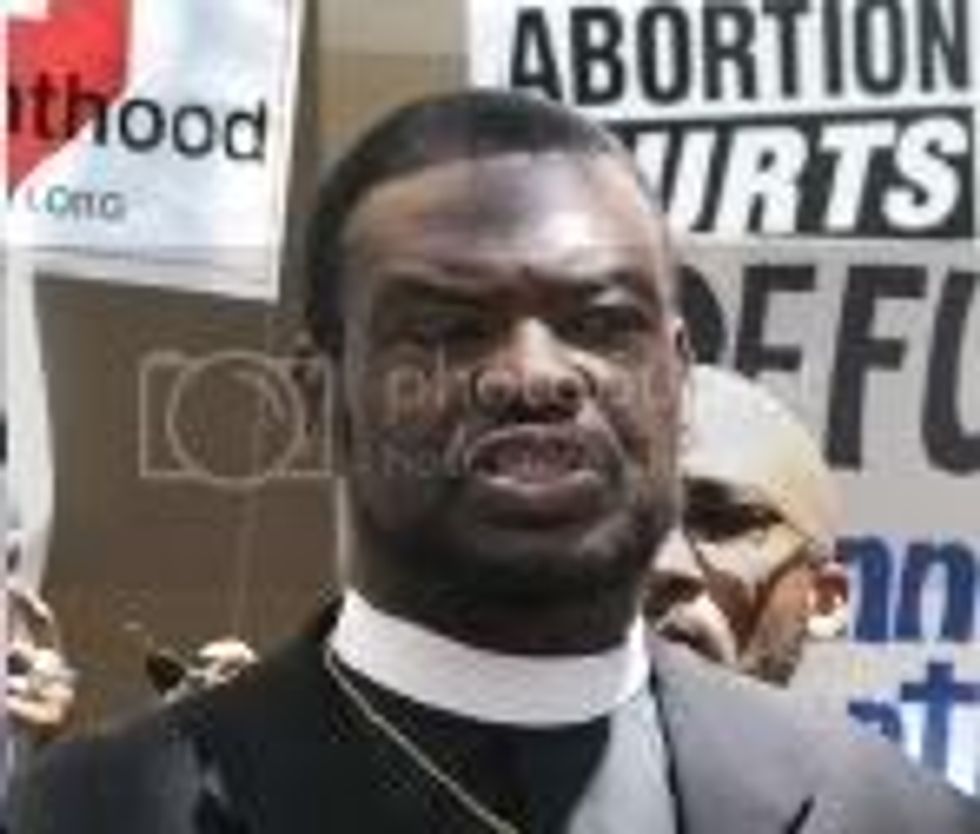 I wondered what the turnout would be for the dozens of invited "special guests" in the wingnut, bible beating world at this year's gathering. Stephen Baldwin will be there, btw. And you know 2012 presidential Clown Car peeps showed up -- Huckabee and Mitt, but no Bible Spice. Tony Perkins didn't forget to close the deal on his black pulpit puppets -- Bishop Harry Jackson and Ken Hutcherson -- plus Star Parker. 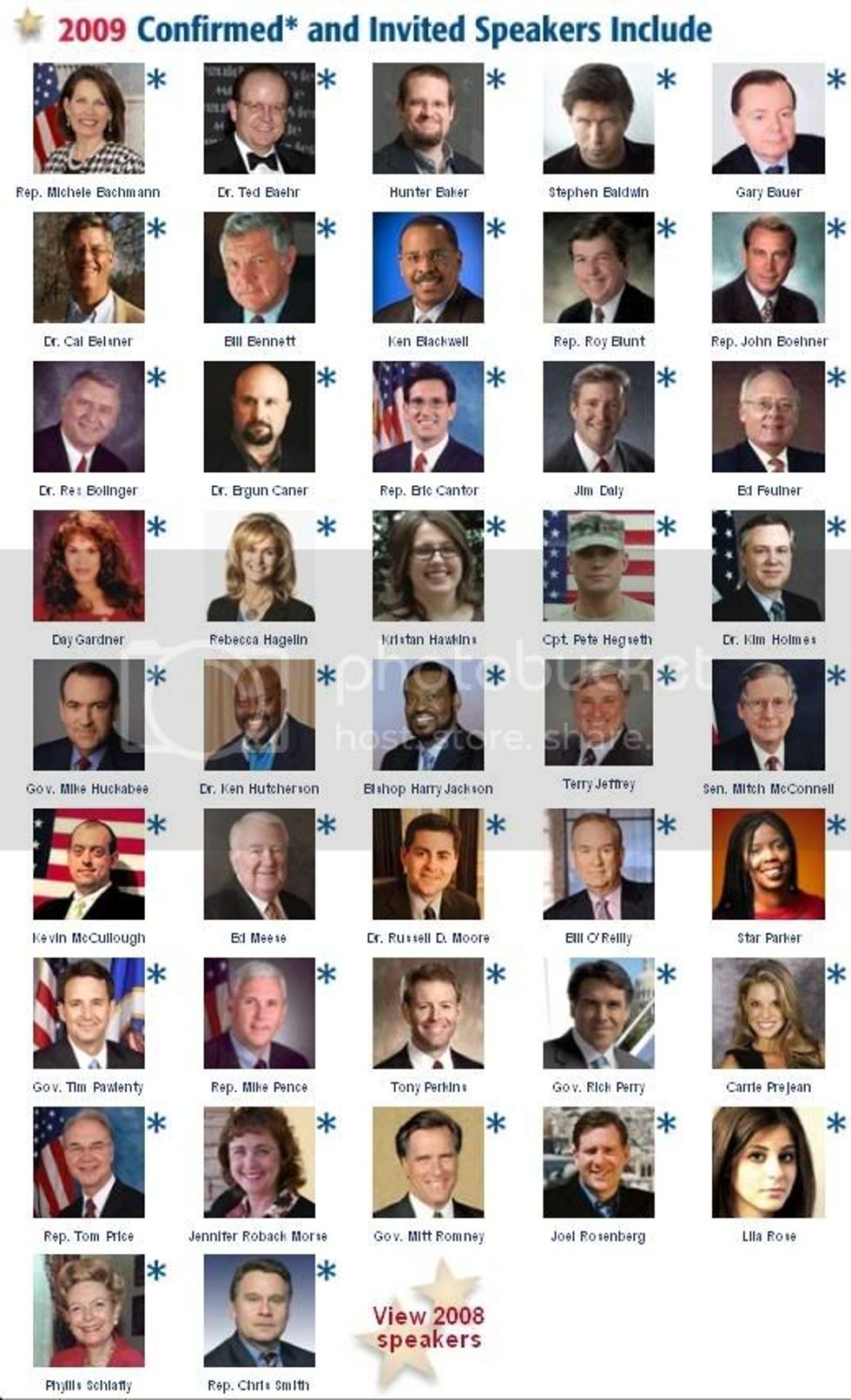 But Disgraced Miss California and memoir-peddler Carrie Prejean confirmed her presence at the blessed event.

You might recall that Gov. Mark Sanford was on the original invite list, but he was scrubbed from the site when they found out about his Republican Sexual Hypocrite Argentinian "hiking" extravaganza.