'Inside the Mind of Mark Foley' radio show debuts tonight

You too can land a radio show gig by sending pervy IMs to young men who are serving their country as Congressional Pages.

Mark Foley, the Florida Republican who left Congress in 2006 amid accusations he sent lurid e-mails to male House pages, is credited with helping to sour the electorate's view of the Grand Old Party in a year when Nancy Pelosi and the Dems swept into power.

In the years since, he's been in real estate investment, contemplating a return to politics.

Tonight, he makes his debut as a radio talk show host. "Inside the Mind of Mark Foley," billed by the station as a program that “will expose the inner workings of Washington, D.C.," airs at 6 p.m. EST on WSVU-AM (960) out of North Palm Beach, Fla. It can also be heard at www.seaviewam960.com.

Is this the kind of inner workings that Mark will share with listeners? 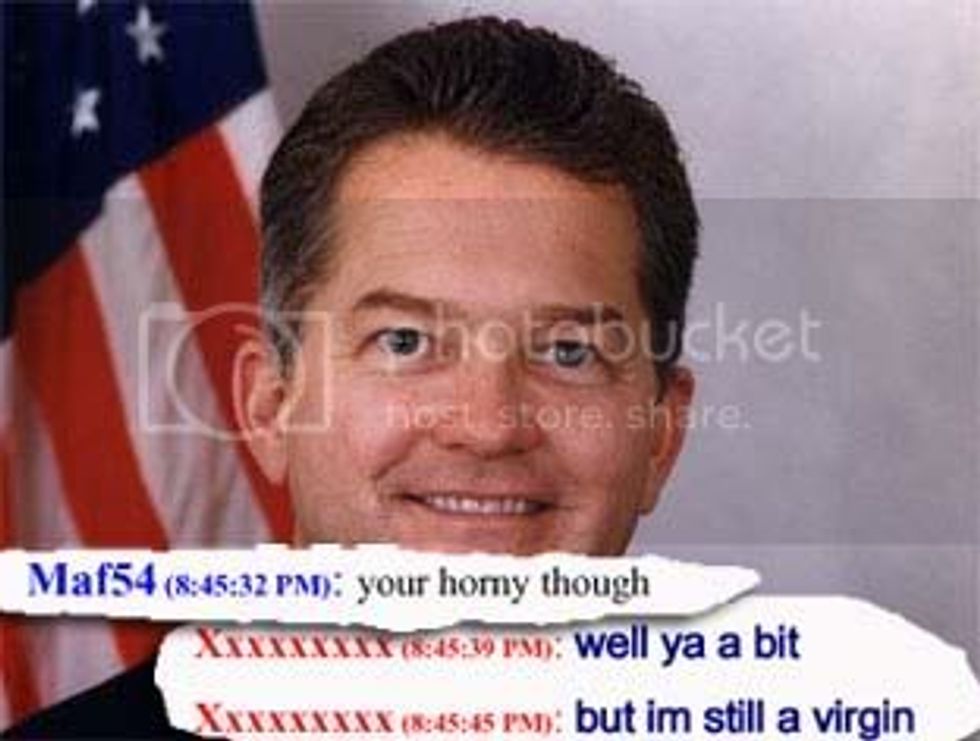 Teen: Nope, just got home. I had a college interview that went late.

Maf54: Well, strip down and get relaxed.

The language gets much more graphic, too graphic to be broadcast, and at one point the congressman appears to be describing Internet sex.

Blasts from the past:

* Foley interrupted floor vote to have cybersex with page