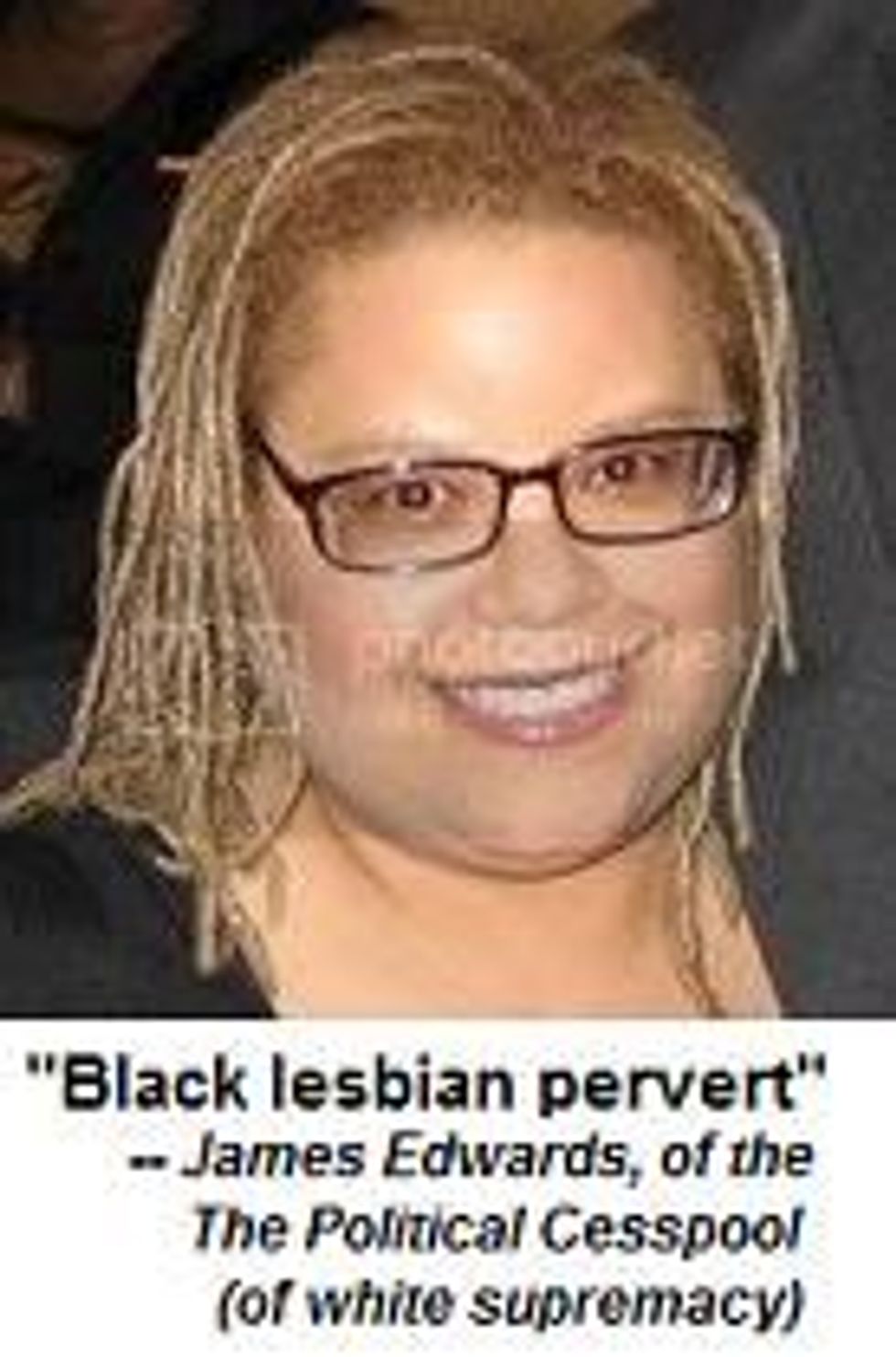 Ah yes, another endorsement, this time by James Edwards and his little trolls at the aptly named Political Cesspool Radio Program were angry that it was pointed out that Hank Williams, Jr. tossed off a cute little racial code maneuver during a concert.

A black lesbian is OUTRAGED at the shocking racism Hank Williams, Jr. displayed at a concert. Did he ask everyone to join the KKK? No. Did he use “the N word”? No. Did he say he hates non-whites? No.

He said “ain’t too many things my beautiful people can’t do.”

And here’s how the black pervert’s site reacted: 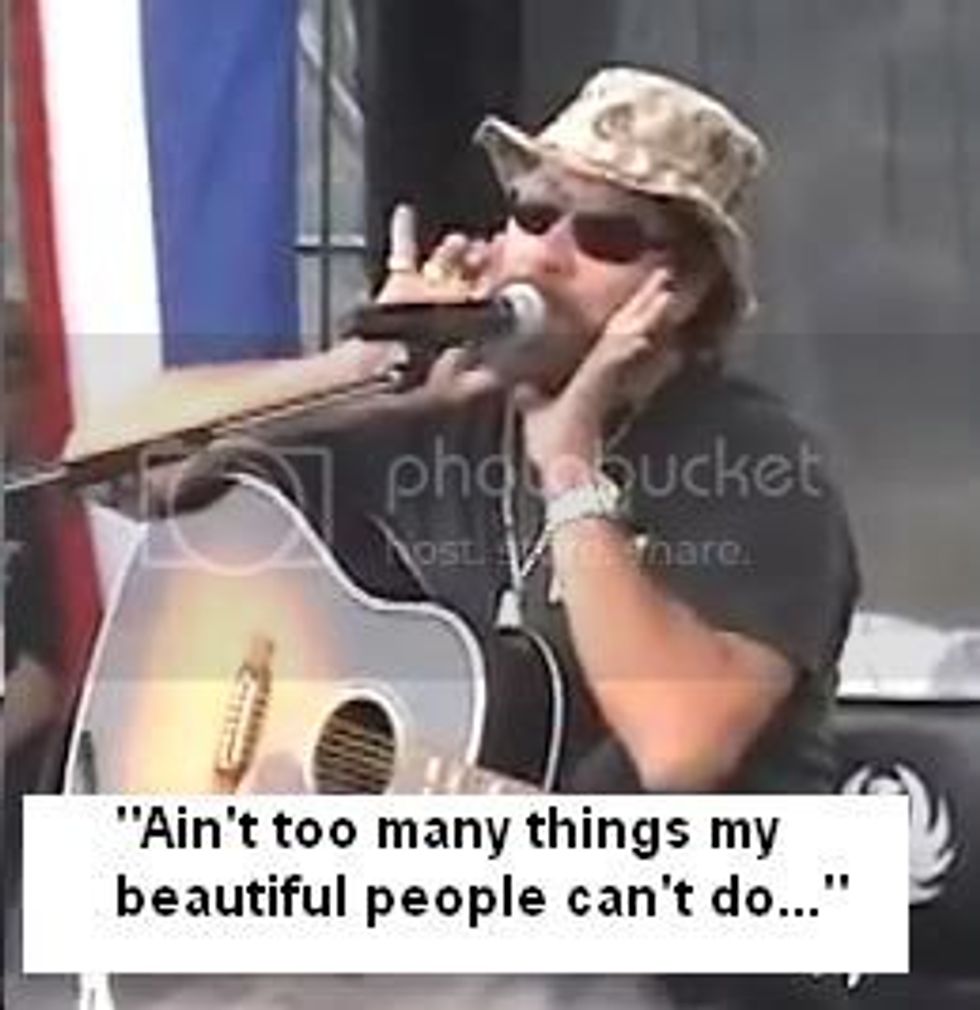 Edwards defends saying Williams singing “ain’t too many things my beautiful people can’t do” in itself is benign. Oh, that's rich. Every (moving) picture tells a story. I did a screen cap of Williams showing off his face in the video but you can see what the message is when you watch the full gesture of his hands to his face from about 2:30 on. You'd have to be a moron not to see what's going on there. Of course Edwards shows his hand anyway.

Black and Hispanic celebrities make this sort of statement all the time, and they’re celebrated for it. But a white man is a monster for being proud of his people, because white folks as a group are pure evil.

And where did I say that? Um, nowhere; it's laughable. Apparently the current state of affairs isn't to his liking and skin color has something to do with the "oppression." Besides, only 20 seconds before the gesture, he says "Don't tread on me, Barack." Nuff Said.

And if we want to talk about perversion, James, take a surf through the Republican Sexual Hypocrites files here on the Blend. I think you'll find a lot of white conservative, God-fearing, race-proud pols engaging in filthy, degrading and batsh*t stupid perversions (along with feeble cover-ups) that this black lesbian pervert couldn't dream up.

As Blender Petey points out, Edwards's parent site is a motherlode of race hate. Read its manifesto below the fold.

The United States government should be independent of any international organization of governments and American law should not be imposed by organizations such as the United Nations.
America would not be as prosperous, ruggedly individualistic, and a land of opportunity if the founding stock were not Europeans.

Since family is the foundation of any strong society, we are against feminism, abortion, and primitivism.

Private property rights are inviolable. They come from our God-given right to life.

We wish to revive the White birthrate above replacement level fertility and beyond to grow the percentage of Whites in the world relative to other races.

Issues such as education, environmental law, and police should be decentralized down to the lowest level to insure natural rights and efficiency.

We are cultural conservatives because we have certain morals to which we adhere. We are against homosexuality, vulgarity, loveless sex, and masochism.

We wish for American government to stop interfering politically, militarily, and socially outside of the borders of the United States of America. We want non-interventionism.