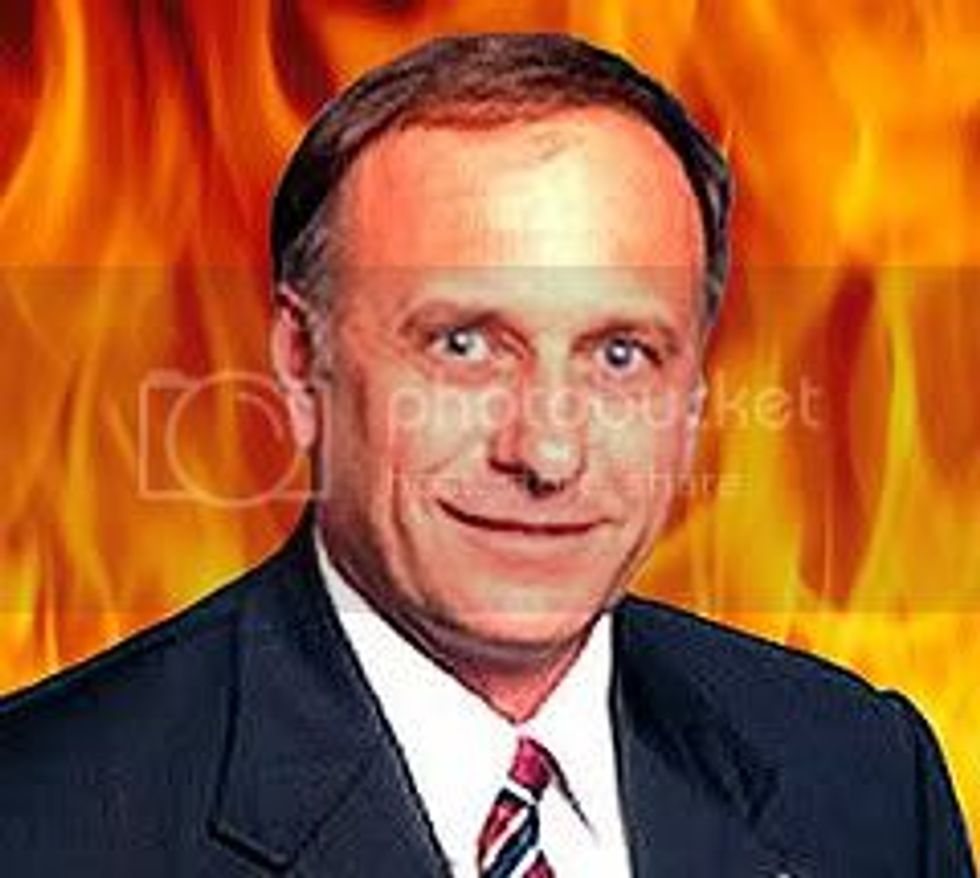 Sometimes my head just hurts from reading TEH STUPID. Rep. Steve King (R-IA) opened his trap and revealed that his grasp of reality is tenuous at best. Using logic that only someone like Rick Santorum can understand, King went on WingNutDaily radio to discuss the impact marriage equality has been on his state. (BTW, he agrees with Little Ricky that allowing LGBTs to have full civil equality would lead to a right to incest.)

King belched the usual bigot blather about Iowa becoming a mecca for gay marriage, but then he jumped the rails at high speed by suggesting that if gay and lesbian couples have access to civil marriage, it is the gateway drug to socialism. This quote jaw-droppingly stupid. Cover your keyboards. (Think Progress):

So in the end this is something that has to come with a, if there’s a push for a socialist society, a society where the foundations of individual rights and liberties are undermined and everybody is thrown together, living collectively off of one pot of resources earned by everyone. That is, this is one of the goals they have to go to is same-sex marriage because it has to plow through marriage in order to get to their goal. They want public affirmation. They want access to public funds and resources. Eventually all those resources will be pooled because that’s the direction we’re going. And not only is it a radical social idea, it is a purely socialist concept in the final analysis.

A candidate for Dumbf*ckistan. . Marriage equality=socialism because when gays get married, somehow the institution of marriage automatically morphs into socialism because we'll have access to the same public resources straight couples do.

Did I miss the memo -- is there some sort of socialism "trigger" that the homos set off that heterosexual couples don't. WTF? The full transcript of the radio program is here.