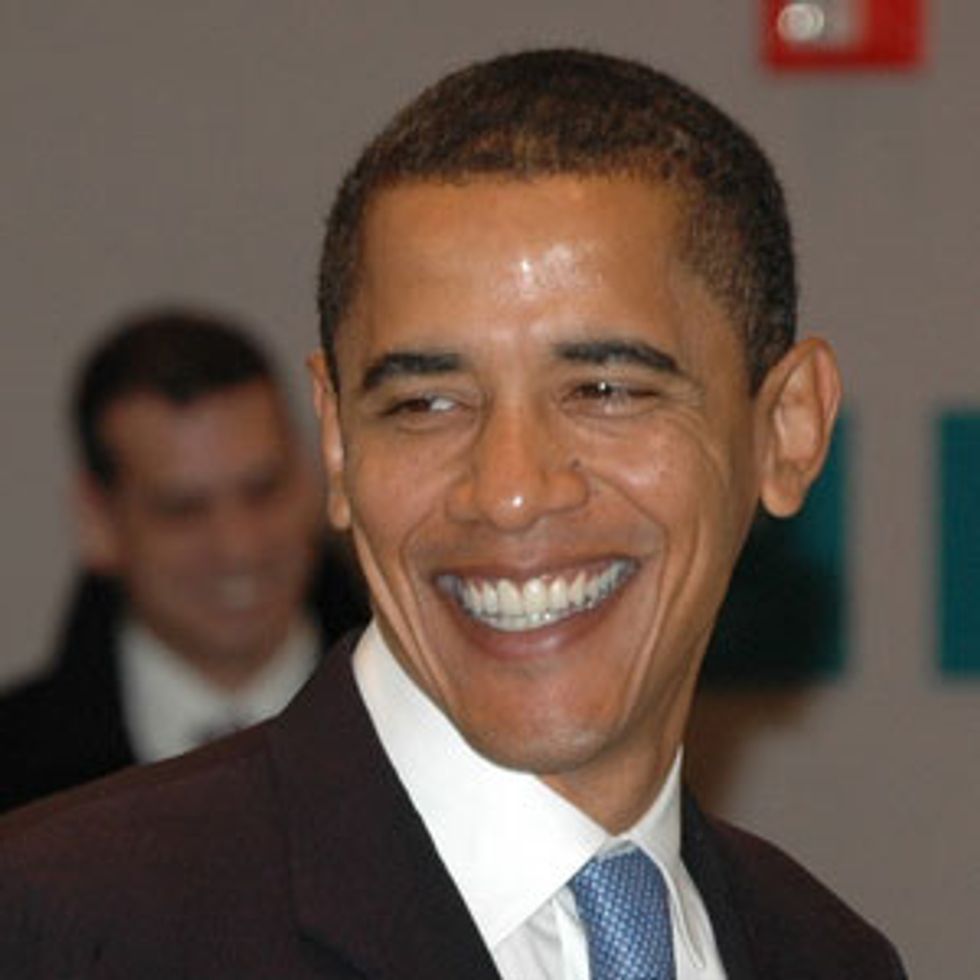 Democratic candidates in the country's only two gubernatorial races do not have dates set for campaign appearances with President Obama, just three weeks before Election Day, their staffs told Raw Story.

Spokesman for the Deeds and Corzine campaigns told Raw Story Monday evening that both Democratic candidates were eager to campaign with the president, and hopeful he would make appearances on their behalf before Election Day on Tuesday, Nov. 3rd.

Deeds' spokesman Jared Leopold acknowledged his campaign has asked the President to appear with him, but said no dates had been set yet. Obama appeared at an August campaign event in McLean, Va., with Deeds but has not ventured to voter-rich Northern Virginia on Deeds' behalf since then, although it is only minutes away from the White House.

The New York Times reported Monday that the White House "has been struggling to figure out how to deal with Virginia."

“The most precious commodity we have is the president’s time, and we have to appropriate it on a rational basis between now and Election Day,” senior Obama adviser David Axelrod told the Times.

Although Deeds staffer Leopold told Raw Story "Creigh is proud to have the president's support," media reports have noted that the candidate at times has distanced himself from Obama. Deeds declined to identify himself as an "Obama Democrat" during a debate in September, saying instead he was a "Creigh Deeds Democrat."

Deeds has also suggested that Obama's economic stimulus package was to blame for his lagging poll numbers.

"Frankly, a lot of what's going on in Washington has made it very tough," Deeds said recently, according to Politico. "We had a very tough August because people were just uncomfortable with the spending."

Meanwhile, in the Garden State, Corzine press secretary Lis Smith told Raw Story via e-mail that "Obama is confirmed to return before Election Day." No dates have been set in New Jersey, either, however.

The president has also been lukewarm in his support for the Democratic nominee in the New York City mayoral race: Obama held off on endorsing controller Bill Thompson, the Democratic candidate, until last Friday. When the endorsement did come, it was from a White House spokesman, rather than the president himself and didn't mention Thompson's name.

"The President is the leader of the Democratic Party and, as that, would support the Democratic nominee," White House Press Secretary Robert Gibbs told the Daily News. Thompson campaign staff did not respond to Raw Story requests for comment, but Obama's "silence in the race had become a political liability for Mr. Thompson, who significantly trails Mr. Bloomberg, a billionaire, both in dollars and in the polls," according to the New York Times.

Thompson, however, says it didn't matter to him.

"You won the lottery," Thompson said in the New York Daily News. "Did it matter that you got a phone call instead of somebody coming to your door?"