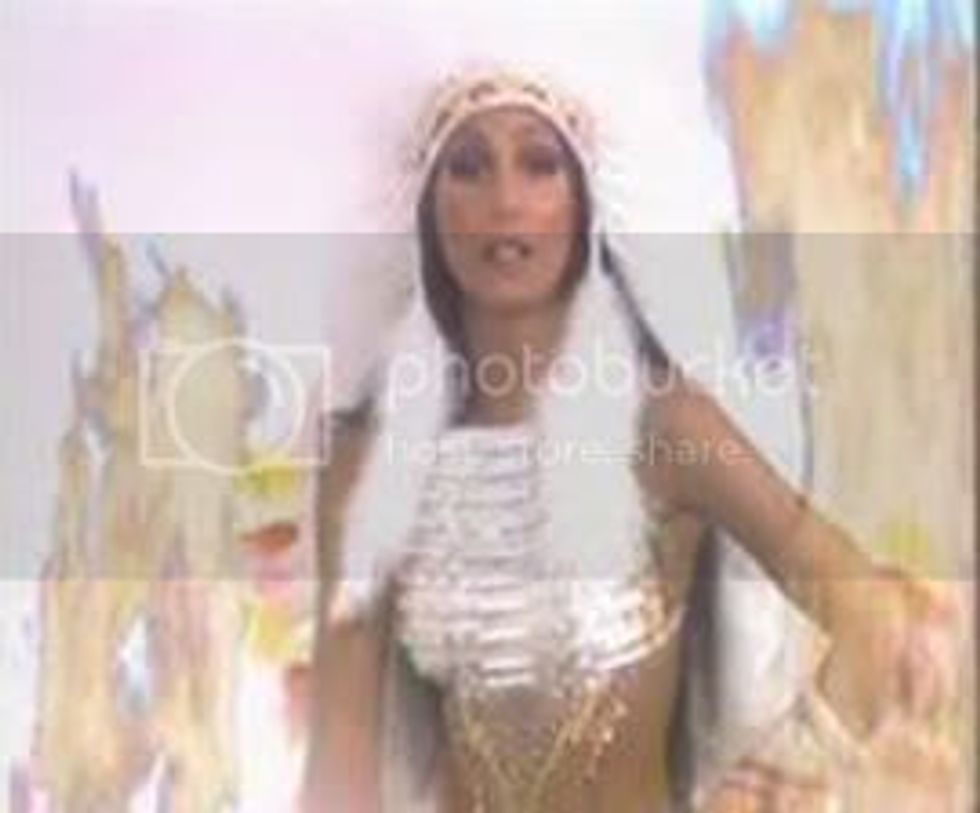 As I've mentioned many times before on this blog, I sit in a position as a triple minority commenting on these often dicey political issues. I have to take potshots from some in the LGBT community, who take issue with either the number of pieces I do about race or the content of the posts, and from some in the black community who feel that I'm not black enough or have sold out to The Homosexual Agenda.

Here's a prime example of denigrating not what I say, but what I am in terms of identity, from a black woman in the comments of Americablog who is incensed about my criticism of the administration's handling of LGBT issues. She calls racism.

Wow. The racism is flowing here. I am a daily reader of this blog but the way that you guys have attacked our first black President is unfortunate. My god he has been in office for 10 months. Is marriage more important than having a job? Health care?

I am getting quite tired of the white gays and half breeded gays slamming Obama after he has only been in office for MONTHS. Go check out the black blogs and you will see that there is a true divide in who supports Obama and who doesn't.

You see, I can't possibly be black and hold the views that I do. My "cultural" blackness is erased in her mind by my gayness, plus she's keeping score by shade of skin, aka colorism. Nice.

Of course I had to laugh at "half breed" on a couple of levels. 1) I'm not biracial, I'm the product of two parents who are black (and neither of them were/are biracial), something that people seem to have a hard time grasping is possible these days. In the end, I'm not particularly peeved about the name calling of "half breed." I tolerate that garbage all the time. It's the injection of race into the discussion that wasn't there before the commenter lobbed the irrelevant but potent bomb in there to derail the criticism of the admin. That is a tiresome and well-worn tactic to shut it down because people are fearful of the third rail of race.

It's only been in the last decade or so that people have even raised the question about me, so I attribute it to more biracial people asserting their status than anything else; and 2) If you're of a certain age, who can forget Cher on top of a horse singing this in 1973:

But note that commenter doesn't question the President's blackness, she claims it even though he is a true "half-breed". This is the level of racial discourse going on out there; it's polluted by racism from without and within, which shows you why honest, reality-based discussions about race are hard to come by. This faux "half-breed" homo will continue trying to have those discussions.

More below the fold. Bill Maxwell, in a 2003 article  in the St. Petersburg Times described the colorism phenomenon quite nicely...

Colorism has a long and ugly history among American blacks, dating back to slavery, when light-skinned blacks were automatically given preferential treatment by plantation owners and their henchmen.

Colorism's history is fascinating: Fair-skinned slaves automatically enjoyed plum jobs in the master's house, if they had to work at all. Many traveled throughout the nation and abroad with their masters and their families. They were exposed to the finer things, and many became educated as a result. Their darker-tone peers toiled in the fields. They were the ones who were beaten, burned and hanged, the ones permanently condemned to be the lowest of the low in U.S. society. For them, even learning - reading, 'riting, 'rithmetic - was illegal.

When slavery ended, light-skinned blacks established social organizations that barred darker ex-slaves. Elite blacks of the early 20th century were fair-skinned almost to the person. Even today, most blacks in high positions have fair skin tones, and most blacks who do menial jobs or are in prison are dark.

Maxwell describes a phenomenon that I am well-aware of because my mom, who was fair, experienced it and shared the tale with me --the brown paper bag test.

Her exposure to the "test" occurred in the 1950s, while living in Brooklyn, NY, she was dating a young gentleman, who was brown-skinned. She was invited to a party in the neighborhood and brought her friend to the dance. At the door, the host leaned in to my mother and said that he could not be admitted with her. She was upset and asked to step inside to discuss the matter. The host was uncomfortable that my mom didn't get the "secret signal", but brought her in (while he waited outside), and was told point blank "He doesn't pass the brown paper bag test." He was too dark, and there was to be none of that going on at this party.