The mask comes off completely 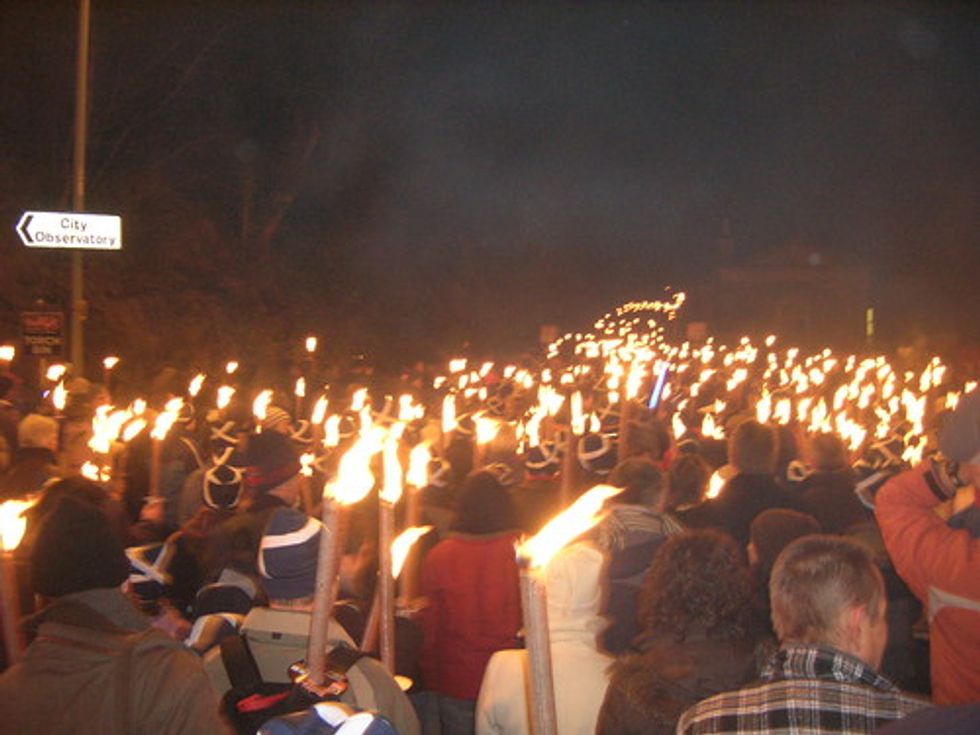 It's going to be nearly impossible to cover every attempt of the right wing to get someone fired, unless that's your specific blogging beat, because, as I noted yesterday, they're in full-blown blood lust mode. That said, I'm going to post on the attack on Kevin Jennings, the Assistant Deputy Secretary at the Department of Education for the Office of Safe and Drug Free Schools, because it's interesting that Sean Hannity and his cohorts that are trying to get Jennings fired through sheer tenacity are basically arguing that gay men are pedophiles. This is an interesting switch in tactics. Usually, they invent some unheard of ethical breach, come up with half-assed reasons they have decided this is an ethical breach, and then force the person to resign rather than get dragged down in debating whether it's unethical to do things like set up a meeting between artists and the President, if you work for the NEA. The more dada-esque the accusation, the better, in fact. Lindsay described the strategy:

With Rove in semi-retirement, the Republican party is led by Glenn Beck, Rush Limbaugh, and Sarah Palin with assists from wingmen Dick Armey and Orly Taitz. This crew favors a different approach, one less surgical and more psychiatric. Freak out randomly: The president telling kids to stay in school?!!! Counseling seniors about living wills!?! Czars?!!

The key is that there is absolutely no way to predict what will set off the GOP. At this rate, the Democrats will be reduced to a whimpering puddle on the lab floor in no time.

As she noted, it's an attempt to induce learned helplessness. Those of you familiar with domestic violence will recognize this strategy immediately as the one used by abusers to control their victims---make up random shit to get upset about, freak out until they apologize just to shut you up, and if they argue with you about something real, deny that it happened and accuse them of being crazy. The most memorable fictionalized version of this process of breaking someone was chronicled in the 1944 movie "Gaslight". That the right wing is so good at this form of bullying is sadly not surprising; that they go to great lengths to fake certain emotions to manipulate the dialogue really isn't that surprising, either.

Initially, the attempts to get Kevin Jennings fit the general mode. The accusation was one of the right wing's favorites: guilt by association tinged with sexual hysteria, which is the method they effectively used to get ACORN. (I really, really hope that the employees fired over that can leverage a decent lawsuit against the pseudo-pranksters.) Jennings was accused of counseling a 15-year-old in a relationship with an older man without reporting the relationship to the authorities. Readers will recognize the form from a common accusation leveled at Planned Parenthood. It's effective because it hits the right wing desire to be titillated while pretending to be outraged, and then scapegoating someone else for their guilt over being titillated at the idea of having sex with teenagers. Notice the common theme here is, after all, sex with teenagers. That's an important attention-grabber on the right.

In any case, the young man in the situation was 16, so there was no legal issue at hand. With the legal hook gone to give the appearance of a thinly justified attack, Sean Hannity and his cohorts just doubled down on the sexual hysteria and made the insinuations behind the smear explicit: they were implying that gay men are all pedophiles. Hannity is constructing a baseless accusation that Jennings has "ties" to NAMBLA, and that he praised the organization. In reality, he praised Harry Hay after his death for starting the Mattachine Society, which was mainly a gay rights group.

As usual, wingnuts argue and smear through insinuation, but you can construct their argument: Kevin Jennings must himself be a pedophile, even though all evidence demonstrates that Jennings is actually a large-hearted man with the best interests of young people at heart. The reasons they believe this are that they really do think all gay men are pedophiles, and also that it's bizarre that a man would take an interest in young people, and any man who does so must also be a pedophile. The idea that men might be motivated by something other than finding people to stick their cocks in doesn't register.

From a non-crazy perspective, the fact that Jennings started the Gay, Lesbian, and Straight Education Network to help create alliances that would help gay students feel safe and reduce bullying makes him a stand-up guy who fights for GLBT youth in what is often experienced as a scary and vulnerable time of their lives. For wingnuts, that he's willing to help kids come out and be safe is evidence that he's "recruiting", which they believe gay people do so they have more people to have sex with. Hannity's attempts to make this an ethics violation are fundamentally disingenuous; this has always been about Jennings being gay. The Family Research Council was really the organization that instigated this, with this flier.

Indeed, the right wing story about the situation in question---a young man coming to Jennings for advice---includes their belief that being gay means that you really have no reason to live. On Fox News, Bill Hemmer claimed that the advice that Jennings gave the young man was to use a condom, and that the young man said he just wanted to die anyway. In other words, he just made shit up. Media Matters photocopied the relevant page out of Jennings' book:

And later, Jennings noted that he ran into the young man a few years later at a banquet, and he was happy and healthy. The point of the story is obviously that the burden of the closet drives young people to despair, and to abuse drugs. Which is basically the opposite of right wing claims that the closet---or ex-gay, or non-recruited, or whatever the fuck you want to call it---is the only way for a gay person to be happy and healthy. I suspect the reason that FRC was on Jennings' tale all this time is that he presents a threat to their lies, since he knows damn well what he's talking about, and therefore presents a more compelling case than they do.

Since the accusations of professional misconduct are baseless, and the smearing is openly homophobic now, let's hope the Obama administration doesn't give into the urge to cave. If they do, they will have officially participated in discrimination against someone for being gay. In general, they need to quit caving on this shit, because someone engaging in these sorts of emotionally abusive tactics is only spurred on by evidence that they achieve the desired submission.