David Mixner: My View From A Wheelchair

NOTE FROM PAM: As I deal with the sh*tty, debilitating health issues that have affected me profoundly over the last six months, it was a blessing to come across activist and former Clinton aide David Mixner's blog entry today. He spent some time in the hospital not long ago, with a grave (still unidentified) illness that had him bedridden for a time, as well as wheelchair-bound for a period.

I contacted David and received permission to repost this piece, because it's a good reminder that it's often difficult to understand living with physical disabilities until you find yourself in that situation, even if only temporarily. If you've ever seen "Murderball," you know that being in a wheelchair is not an impediment to living a full and active life, so that's not really the discussion point; what David's post deals with is the general lack of forethought in actually adhering to the Americans With Disabilities Act access compliance, and the still-ingrained attitudes by much of the public that "you're in the way," you are "slowing them down," or even worse, they avoid you as if you were in the throes of full-blown H1N1. It's good food for thought. 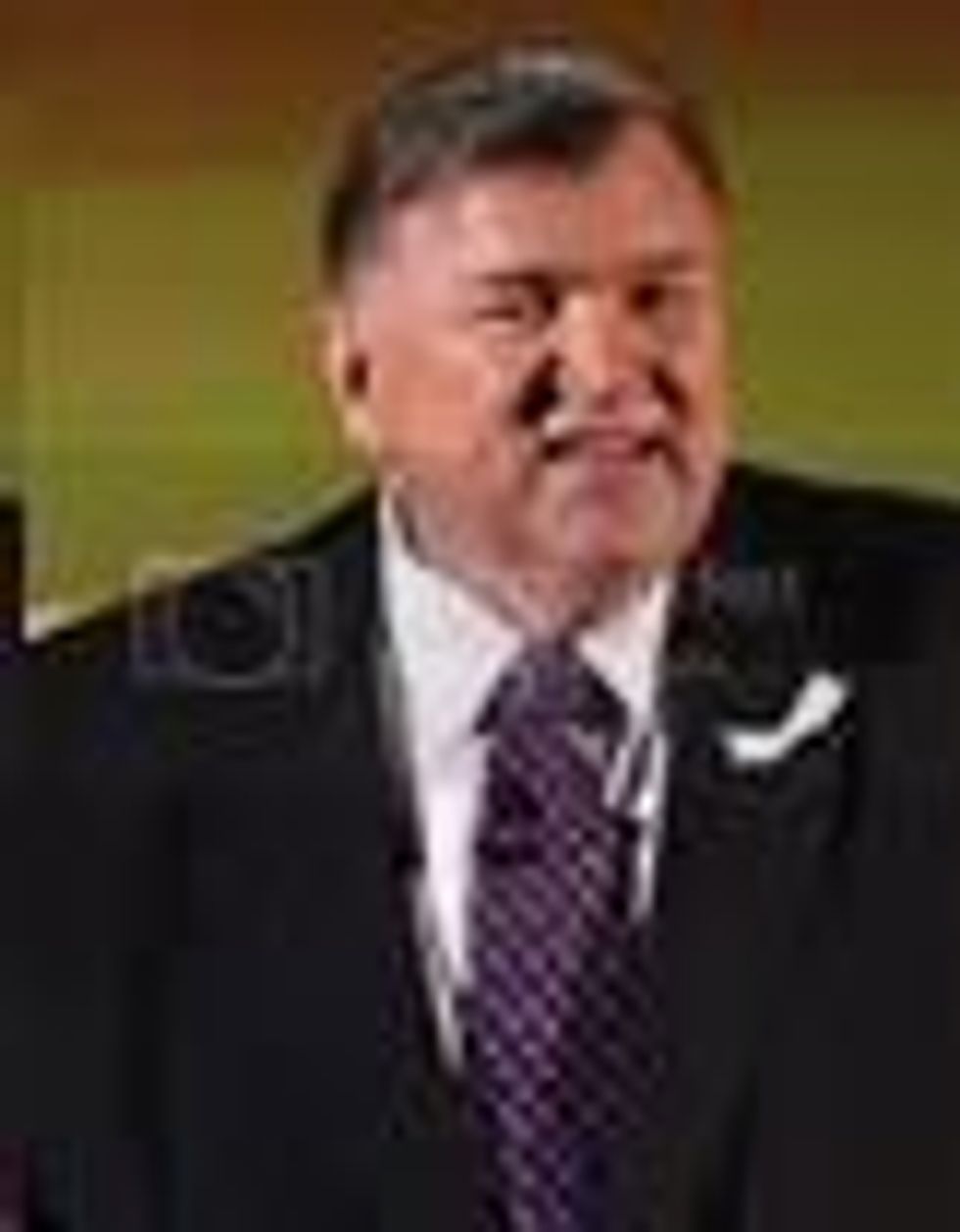 Hell's Kitchen Journal: My View From A Wheelchair

As many of you know, I was in intensive care for a week in August and have been making a slow but full recovery. My energy level is still very low and it is difficult to be mobile at times. As Tennyson says in "Ulysses", "I am not that force which in old days moved heaven and earth." Nevertheless, I am strong in spirit, my mind is sharp, my wit is wicked, my sexuality is naughty and I am back to help make the world a more gentle place with my friends.

One of the by-products of my low energy level has been that a few times I have required the use of a wheel chair in order to carry out certain tasks. Now that has not been all bad, since I have some very hot muscle friends push me around. Many said they have waited for years to be able to 'push me around.' Gently I reminded them not to get carried away.

Making_it_happen At the National Equality March, given the extremely long days and many events, I had to participate almost full time in a wheel chair. Being pushed up Pennsylvania Ave by a dear friends was a first for me but realized that perhaps it wasn't so bad since my feet were not blistered at the end. When I went to the White House for the signing of the Hate Crimes Bill, I underestimated the amount of walking to the East Room and once I arrived my strength had totally left me. Thus one more wheel chair came out for this guest. Since the signing was a 'standing event' with the President, being seated was not easy.

What I have gained through this experience is a new appreciation of the lives of those who are confined full time to a wheel chair. My perspective has been sharpened and my resolve strengthened to fight for disabled rights. Now at the March, the young were amazing to me. Helpful in pushing, solicitous of my needs, making sure I had a good site for viewing and showing great understanding. The experience at the White House was somewhat different and opened my eyes to some of the challenges facing people in a wheel chair.

Knowing I might have a problem, I emailed ahead to see if a chair would be available in the East Room. The response was that this was a 'standing event.' Say what? Knowing how swamped they must be in preparations for such a historical moment, I knew the White House had chairs and wasn't too worried. In the foyer for the reception, I quickly found one and rested from the long walk. Part of the problem with my illness (they have no idea what it is still!) is that I get very weak at times. As the doors opened to the East Room there was not a chair in sight. Forget my problems, what about older people who might need to sit through a long process?

David continues below the fold.

Two dear friends Richard Socarites and Jane Oates immediately sensing I wasn't doing too well made it their mission to find a chair. Evidently, that was a huge request and they had difficulty finding someone to respond to this special need. Finally, I found a bench way off in the corner of the East Room. Now I am a big man and I was sure this was some sort of Dolly Madison bench and if I sat on it, the entire thing with me on it would fall to the floor. However I had no choice but to try. Fortunately, both Dolly Madison and my dignity were spared!

As always with these events there was great excitement and jockeying to see the President. Even those who had seen him numerous times staked their positions at the front of the line. Finally a wonderful White House Usher came with a wheel chair and refused to leave my side the entire evening. He attempted to move me in the wheel chair to the front of the line where I could see and people could see over me. We met stiff resistance and dirty looks. This kind man was able to finally get me to an awkward position next to the wall where if I leaned way over to the right I could see the back of Obama's head in the crowd.

What an eye opener for me concerning some of the challenges people face in wheel chairs. I knew most of these people and that made it even more disappointing. They weren't about to move and lose their spot except that all they had to do was take a few steps backward. There were some other observations I noticed. When I was without the wheelchair, people would come up and chat and engage in conversation. When I was in the wheel chair few would engage and many felt uncomfortable. People would nod or wave at me across the hall but few approached. Nothing had changed about me except my position.

Now, I am making a slow and full recovery and am very excited about that. However, my dear friends the next time you see people in wheel chairs, they are not helpless nor powerless nor have they lost their ability to chat and think. They are just in a sitting position. Make room for them so they can enjoy the event as part of a greater community. Engage them as you would any mobile person. Take a second and just think carefully and ask if you are responding differently. Cause I am here to tell you, some of you are doing just that....responding differently and most likely not even knowing it.

I promise you I am already examining my past behavior to ensure I grow from this experience. If we all took a minutes to reflect, then I know we all would be better people.

Living with diabetes for over 25 years now, I definitely know not to assume when there's a party or gathering that there will be a sugar-free beverage available, even at family gatherings, or food options that are healthy. I usually bring something with me or cook a dish I know I can eat. Also, when you have a condition that is not "visible," such as fibromyalgia or diabetes, people may not understand why hiking from the outer reaches of a parking lot can be a problem on bad days, while on other days it might be fine.

There may be more sensitivity to food and drink issues these days since so many people have allergies now, certainly more than when I was a child. Peanut allergies are common now, for instance, but when I was in elementary school, PB&J sandwiches were a staple in the Partridge Family or Snoopy lunch box of most kids.

But what is different about physical disabilities that makes people uncomfortable, even to the point of treating someone you know differently? Is it embarrassment that they are "less than" they were before? That there is a deep fear that you could be in their (unfortunate) position one day? That greeting the wheelchair-bound person as you would normally would damage or hurt them somehow? It's worth exploring, as I said, because the situation David describes doesn't sound unusual -- it's like a social blind spot in this fast-paced world. That some of us cannot interact at the same height, or operate at the same pace doesn't mean our brains are any less functional, but for whatever reason the difference of disability and how one copes with it is still a problematic reality.