You're not fooling anyone with this stunt, Banana Man 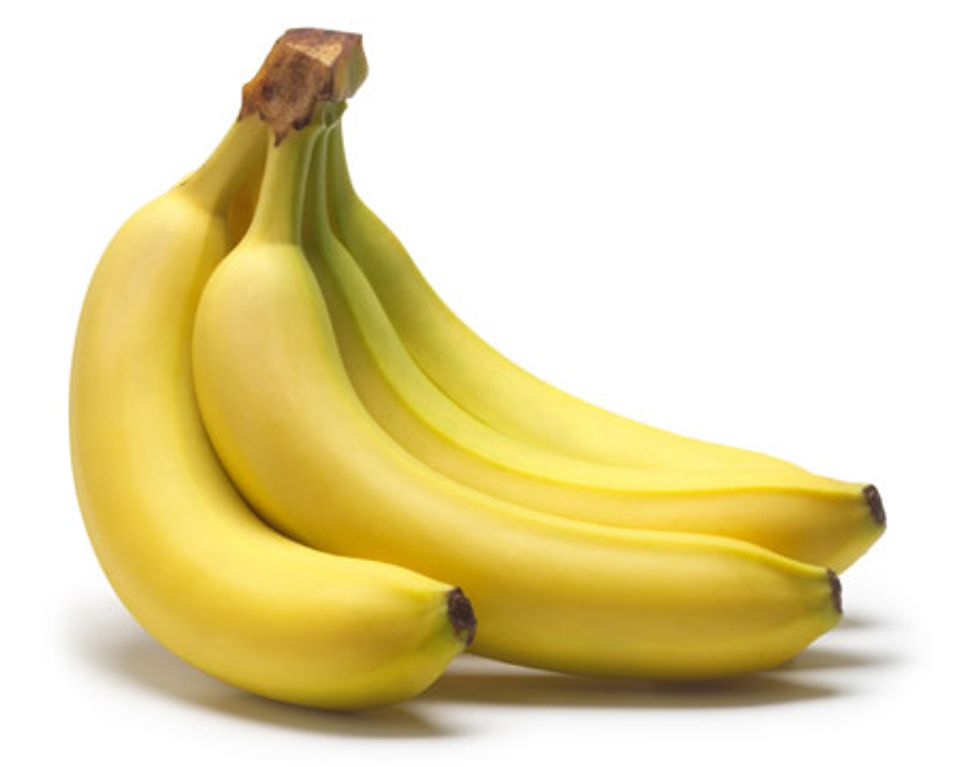 Fundamentalist Christians believe that Satan is a real being, and that he is always around, dogging people and tempting them to sin. They teach that one must always be on guard against Satan's trickery. The Bible calls Satan, amongst other things, the father of lies, implying that Satan invented dishonesty. So you would think that said Christians would reject deceit as a recruiting tactic, seeing the use of deceit as falling for one Satan's tricks. But on the contrary, they love deceit. As I've written about before, they seem to prefer it over straightforward proselytizing, because lying to people to get their attention feels dangerous and exciting, and if your lies are successful in gaining someone's attention for a time, then it can make you feel very clever indeed. Almost as clever a liar as Satan himself!

You can see that self-congratulation for the cleverness of their deceit written all over this creationist scheme to distribute copies of "The Origin of the Species" that has a forward by Ray Comfort where he spews ignorant creationist crap and accuses Darwin of starting Nazism. The idea is clearly to "trick" people they perceive as "disciples" of Darwin and the "religion" of secularism by giving them what the fundies mistake for a holy text for atheists. This makes their deceit less clever and more, as Laura Miller notes, deeply pathetic. After all, to dupe someone, you have to have some understanding of how they tick. Treating people like they believe "The Origin of the Species" is an inviolable holy text to deceive them is about as likely to work as trying to lure college students to a witnessing invent by highlighting that there will be square dancing.

The plan, innocuously named "Origin Into Schools," was announced this September in a video featuring Kirk Cameron, a former television child star who co-founded a ministry called Living Waters with Comfort. There's something almost pitiable about the way Cameron crows over the scheme; he truly seems to find it ingenious. He points out that the University of California at Berkeley cannot prevent the action because "their own Web site" dictates that "anyone is free to distribute noncommercial materials in any outdoor area of the campus." "Besides," he gleefully adds, "what are they really going to do? Ban 'The Origin of Species'? That would be big news! Especially when their own bookstore sells it for $29.99!"

As Miller notes, under those rules, straightforward religious tracts will also be permitted, though Cameron makes an excuse about why they have to attempt deceit, by falsely claiming that Berkeley bans religious displays. The claims that Berkeley tightly monitors nuts who show up at campus trying to push religious tracts on people was amply disproven by a story you might have heard lately---remember how Phillip Garrido, the guy who kidnapped and held Jaycee Lee Dugard for years, was caught? That's right. He was on campus handing out pamphlets, and the Berkeley police were concerned, not because of the pamphlets, but because the two little girls with him seemed broken and malnourished. Hard to sneak that one by people. What Cameron's lies demonstrate is that fundies have to lie to their own when engaging in tactics that involve lying to others.

By the way, even if Berkeley was super interested in censoring religious materials, all they would have to do is censor certain editions of "The Origin of the Species". Surely Bible-thumpers who are constantly arguing about this edition of the Bible over that can grasp that.

With glaring holes in their excuses like this, one is left to wonder what the motivation for this stunt is. Well, I think it's easy to understand if you think about how creationists like Cameron and Ray Comfort think of "The Origin of the Species", and of evolutionary biology. They don't really understand what a scientific theory is, which is a result of willful ignorance, not genuine stupidity. We know this because four chapters have been removed from the edition that they're handing out. Comfort claims that it was an oversight, but we know how free he feels to lie, and the four chapters removed are the ones where Darwin marshals the evidence for his theory. So Comfort clearly understands how evidence works in science, but he wants to reposition scientific writing as something closer to theological wanking by making it sound like a bunch of evidence-free bullshit spinning. Comfort claims the "error" will be fixed in future editions, an easy claim to make since I doubt there will be future editions.

No, the reason they're doing this is because they believe that "Origin" is a holy text for atheism, and it gives them pleasure to "blaspheme" it. They "prove" that this is indeed blasphemy by gauging how much they annoy the liberals, which is always and above all other things the most important motivation for wingnuts of all stripes. What they fail to understand is that scientists, atheists, and a hodge-podge of reality fans aren't annoyed because this stupid book makes us uncomfortable---I've tossed books I've had more affection for in the trash because I spilled coffee on them on accident, all without flinching because I don't think of books as sacrosanct---but because we genuinely fear what will happen to our society if fundamentalists succeed in their War Against Non-Stupidity. Indeed, I may have to reconsider my assumption that Ray Comfort isn't stupid. He's just smart enough to realize that evidence is a damning difference between his bullshit and real science, but he's still so incredibly stupid as to not realize what an ignoramus he is.

The Living Waters Web site reveals Comfort to be obsessed with goading atheists, specifically Richard Dawkins, who is featured in almost as many of the site's videos as Comfort is and whom Comfort has challenged to a public debate. (Dawkins has refused on the grounds that Comfort is an "ignorant fool," but some negotiation appears to be ongoing.) Dawkins nicknamed him "Banana Man," after Comfort used the handy snacking features of the fruit to argue for intelligent design. Comfort recently sent Dawkins an anonymous "gift basket" containing his edition of "The Origin of Species" plus a banana, and said, with regard to the proposed debate, "I think I can smell English chicken."

The notion that Dawkins---who made a documentary of himself debating religious people about their supposed subject of expertise, which is their own religion---fears debating Ray Comfort about biology is nuclear level stupidity. Comfort and Kirk Cameron made a video arguing that the perfection of the banana is evidence of design. They couldn't have picked a worse example, because the bananas they were eating---the same kind you find at the store---are dramatically different from the wild bananas that humans first discovered. The banana as we know it, like many fruits and vegetables, was dramatically changed over time through the very selection process described by Darwin. Human beings were the natural force that induced the selection, tossing out bananas we didn't like and growing only the ones closer to the goal, until we got the banana we have now. Wild bananas and the bananas they claim god created look very different indeed.

Perhaps the most clever trick that creationists come up with altogether is this "won't debate me" crap. It's such an easy sham to perpetuate. Make yourself so unpleasant, so crazy, so impervious to reason that no one in their right mind would want to spend two minutes talking to you, much less have to treat you with enough respect to get through a so-called debate with you for an entire hour. And when someone has a normal, human reaction to a blathering fool, which is to distance themselves, you declare victory. Because "winning" isn't about being right so much as being the last man standing, I guess.

It's telling that they're going after Dawkins. I don't think that's an accident, and I don't think it's strictly because Dawkins is a scientist and an outspoken atheist. It's because they know that the belligerent gallivanting around and being an asshole really isn't Dawkins' style. I know! That's not what you've heard! But if you actually listen to Dawkins debate others, you'll see that he takes a soft-spoken, reasonable attitude towards his opponents, and he prefers to treat them with respect and the assumption that they're willing to have an honest conversation. Now, I realize that's not the "respect" that a lot of religious people think of when they think of respect---the "respect" we're used to showing religion is tip-toeing around the religious, so as to not trip up uncomfortable contradictions so that they aren't put in a position of questioning their delusions. But all through the documentary "The Root of All Evil?", Dawkins tends to strike a balance between not hiding his honest observations, but not really getting up in anyone's face about it, either. He simply states his point and lets the religious person react. To my mind, that's a greater show of respect, because the assumption is placed out there, whether the person deserves it or not, that they are capable of an honest conversation.

But Comfort has made it abundantly clear that he is not capable of such a thing, and that he intends to piss all over it. I don't blame Dawkins for not wanting to deal with it, either. But desire not to waste your time with fools and fearing an honest conversation are totally different things.