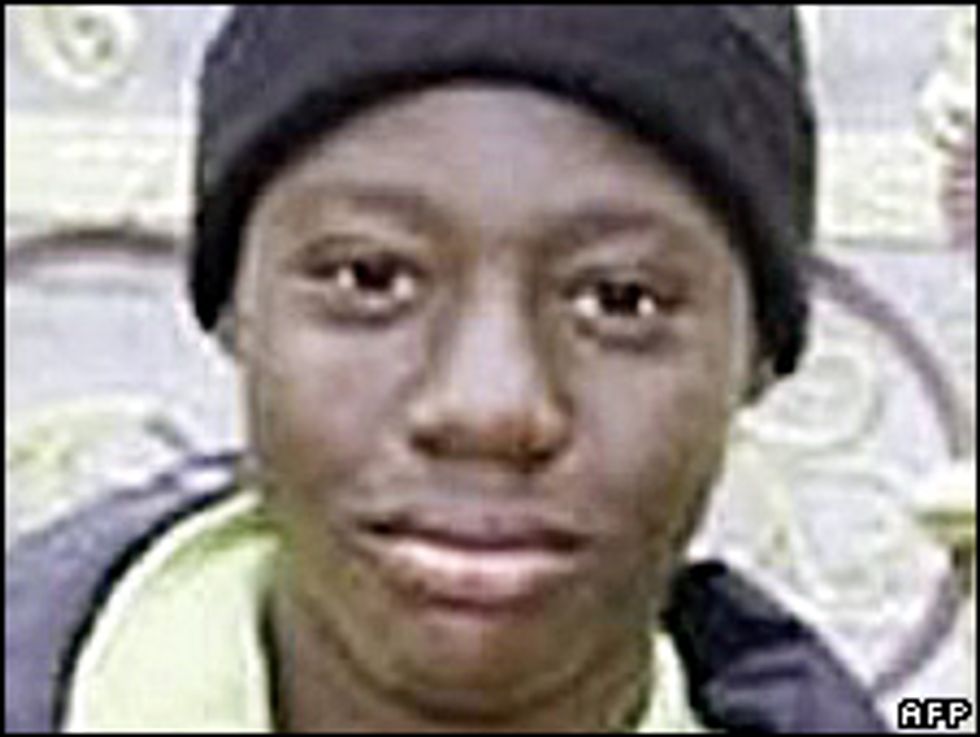 LONDON — The Nigerian man charged with trying to blow up a US airliner had been placed on a UK watchlist and barred from entering Britain earlier this year, Home Secretary Alan Johnson said on Monday.

Speaking on BBC Radio 4's Today Programme, Johnson confirmed 23-year-old Umar Farouk Abdulmutallab had been placed on a watch list in May after applying for a visa to study at a bogus college.

Abdulmutallab, who has been charged with trying to blow up a Northwest Airlines plane over Detroit on Christmas Day, had previously been living in London between 2005-2008 on a student visa while reading mechanical engineering at University College London (UCL).

"He was a legitimate UK student on a legitimate student visa -- he hasn't been in this country for 14 months," he told the programme. "In May, he made an application for a fresh student visa which was refused.

"As soon as that happened, he was on our watchlist. If someone's refused a visa, they automatically go on our UK watchlist," Johnson said.

Police and MI5 officials were looking into a number of issues, including whether he had been radicalised while studying at UCL, Johnson said.

"What happened when he was in this country? Was he radicalised in this country, was there any association with whoever may have been behind this plot?"

"We don't know yet whether it was a single-handed plot or (if there were) other people behind it -- I suspect it's the latter rather than the former," he said.

All information regarding people on the UK watchlist was routinely shared with the US authorities and Johnson said he would be "very surprised" if there had been any "hiccup" in procedures.

Washington has said Abdulmutallab was added to a watchlist of some 550,000 names last month after his father warned US officials in Abuja about his son's increasing radicalism.

But he was not added to the no-fly list, meaning he was able to secure a valid US visa with which he flew from Lagos to Amsterdam, then on to Detroit on Christmas Day.