Pastor Rick Warren attempts to straddle a volatile issue -- Uganda's legislation that calls for the execution of gays -- and commits a double twist, backflip FAIL by saying "As a pastor, my job is to encourage, to support. I never take sides." 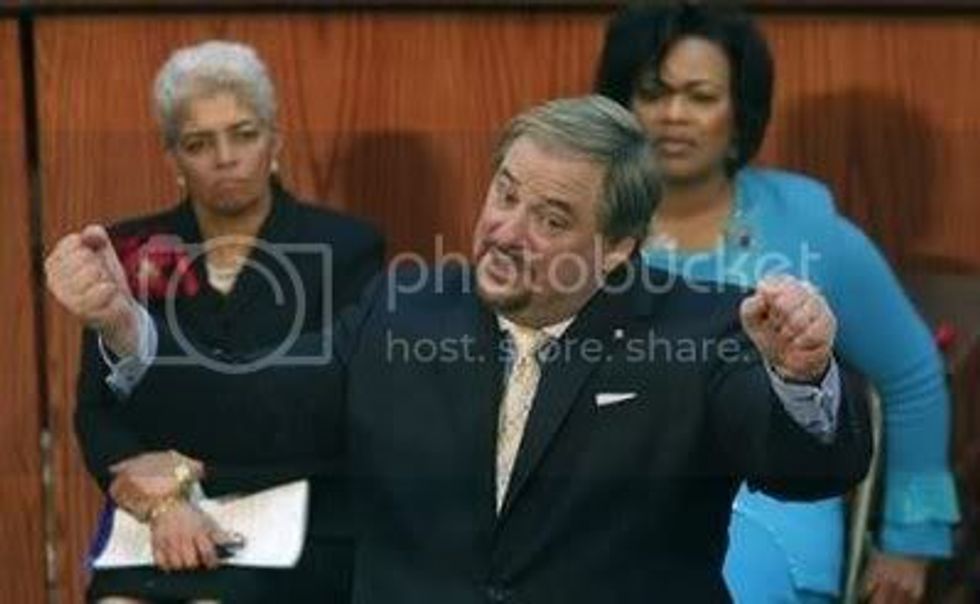 Warren is not hesitant to interfere in international religious divisions or schisms. Though not Anglican, he has been a major player in providing American support to African Anglicans who are seeking to oust any affiliates from the Anglican Communion that make any accommodation for gay Christians.

...[He]’s no stranger to activism on behalf of legislation. Though he was not highly visible in supporting Proposition 8, he did not hesitate to instruct his flock – which does not stop at the walls of his church – to vote to take away the civil rights of their gay neighbors.

But Warren has now found the one exception to his political involvement. And that exception is the proposed Ugandan “Kill Gays” bill. Unlike virtually anything else that flickers across his attention, this piece of legislation just doesn’t rise to the level of requiring his involvement. That would be “interfering in the political process of other nations.”

Or maybe Rick Warren just doesn’t find it unethical on the part of leadership in Uganda to execute HIV positive gay people, incarcerate the rest for life, ban any form of activism that might object, and jail those family, friends, or acquaintances who fail to report their gay loved ones to the government.

Warren's moral judgment here only points out that hypocrisy knows no bounds -- and this is the man who Barack Obama invited to deliver the invocation at his inauguration. Pillar of loving Christianity, Rick Warren. Does the White House have any comment about this? Will someone ask Robert "I know nothing" Gibbs at the daily presser?

Oh wait -- the Obama administration has taken a position -- it agrees with Rick Warren!

And is it a coincidence that the Obama administration -- in which Warren has a fan at the very top -- has not spoken out loudly enough against what's happening in Uganda and that the man who doles out the AIDS dollars (our taxpayer dollars, need I remind) on behalf of the president to Uganda, PEPFAR chief Eric Goosby, says pretty much what Warren says? According to Newsweek.com, Goosby says his job is "not to tell a country how to put forward their legislation."

Truth Wins Out calls for Secretary of State Hillary Clinton to hold a hearing on PEPFAR funding to demand strict human rights, patient confidentiality and free speech controls are tied to PEPFAR aid, particularly since Goosby is not concerned.

Goosby appears to be both ignorant of HIV/AIDS in Uganda, and determined to use taxpayer dollars to undermine the very same education programs that PEPFAR was created to support:

Goosby’s use of federal funds to subsidize the punishment of HIV/AIDS education and health-care workers, and to push LGBT Ugandans deep underground, is inexcusable. And the silence of U.S. Secretary of State Hillary Clinton, regarding her subordinates’ support for violence in Uganda, is unacceptable.