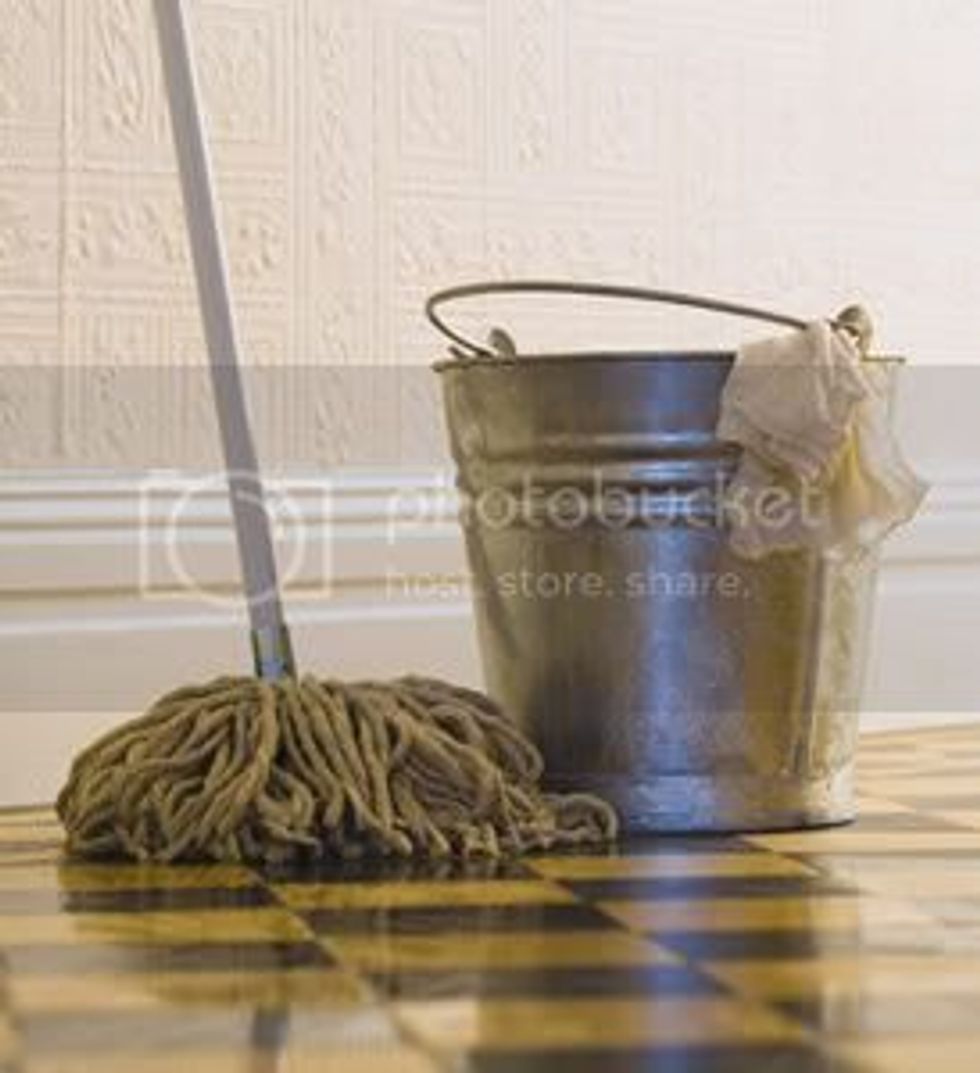 This idea was generated after I posted in my Twitter update "Why do piles of laundry appear to clone themselves?"

What's your least favorite household chore, and if you have a spouse/roommate/partner, how do you divide the chores?

Actually, laundry isn't my least favorite chore. We live in a one-story house, so it's only a matter of crossing our living room over to the washer and dryer located in the hall. This is a godsend, given my fibromyalgia.

We have one of those rolling carts with the canvas bags attached that has three sections. We use divide it up as lights/darks/delicates. We also have plastic laundry baskets to carry when I'm feeling ok. So overall, laundry can be done while we're doing other things. FOLDING LAUNDRY and putting it away sux if you have a mountain to do.

I guess my least favorite chore is DUSTING. Dammit, why does it seem like after you dust it's only a couple of days later it's piling up again!? It's not like we don't change our filters enough.

Tools of the trade for me are a Swiffer duster (to get first pass of dust), then the Pledge and cloth come out. Taking stuff off, dusting them and then doing the surfaces has to be the most tedious BS imaginable.

Next least favorite is VACUUMING, and I leave that one (and garbage/recycling detail) to Kate. When we had our late great Lab mix Bailey, we had to do this every other day with the nuclear Dyson or there would be tumbleweeds everywhere. She shed like mad. When Bailey passed on, we had only Chloe the Bichon (doesn't shed), and then adopted Casey the pit bull. Casey's hair is as short as the Ridgebacks I've owned, but she doesn't seem to shed much, and barely has any hair on her belly. That means Kate now gets a break. We can go a week or more without vacuuming, and even then, no tumbleweeds and it can be done with a Swiffer Vac.

After that, the other chores go fall lower on the list.

* Mopping: Argh; maybe I spoke too soon. This bites; we switch out on this one.

* Doing bills isn't an issue because most are on auto-draft or I do through bank bill pay.

* Dishwasher detail: don't mind this since I'm thankful to have one. I lived in places for almost my entire existence without one.

* Cleaning the bathroom: Kate does it.

* Grocery shopping: not really a bother; we have a Kroger less than 2 miles from the house and a Super Target's about 4 miles away. We usually shop together.

* Ironing: we never bother with it.

* Dog walking: Either both of us do it or I do it; both are easy enough for one person to walk. We also have a small fenced backyard.

* Feeding the dogs/day camp: I usually do the morning shift, feeding and taking them to The Pet Resort at the Triangle since Kate is a zombie in the AM; she picks them up takes them home and feeds them dinner. They don't go every day (it's pricey, but Casey and Chloe need the exercise and socialization), but we do the AM/PM feeding split regardless.

More below the fold. The only chore we now outsource, and this was a hard decision, is YARK WORK. I just can't do it anymore, and we used to do all kinds of projects along with the maintenance. I did the hedges (manual shears), Kate would mow (electric), and we'd both weed the beds, but during the growing season, it required us to be out there every weekend. The fibro was the last straw for me.

Anyway, between the cost of outsourcing that and the dog day care, the budget keeps us home, but as with everything, you have to make choice$. I'm a homebody anyway (despite the blog travel; no wonder it wears on me).

So...how do you handle chores?

Trump fumes at the media for not repeating his conspiracy theory about 'agitators' on Jan. 6: 'Probably antifa'

President Donald Trump complained that the press does not focus on his conspiracy theories about Jan. 6 during an appearance Wednesday on Lou Dobbs' podcast.

"The are other fears as well for American citizens that come as a result of confused leadership, I'll put it that way," Dobbs said. "The Jan. 6 committee effectively creating political prisoners in this country for the first time."