Well, okay, but it's still so tone deaf 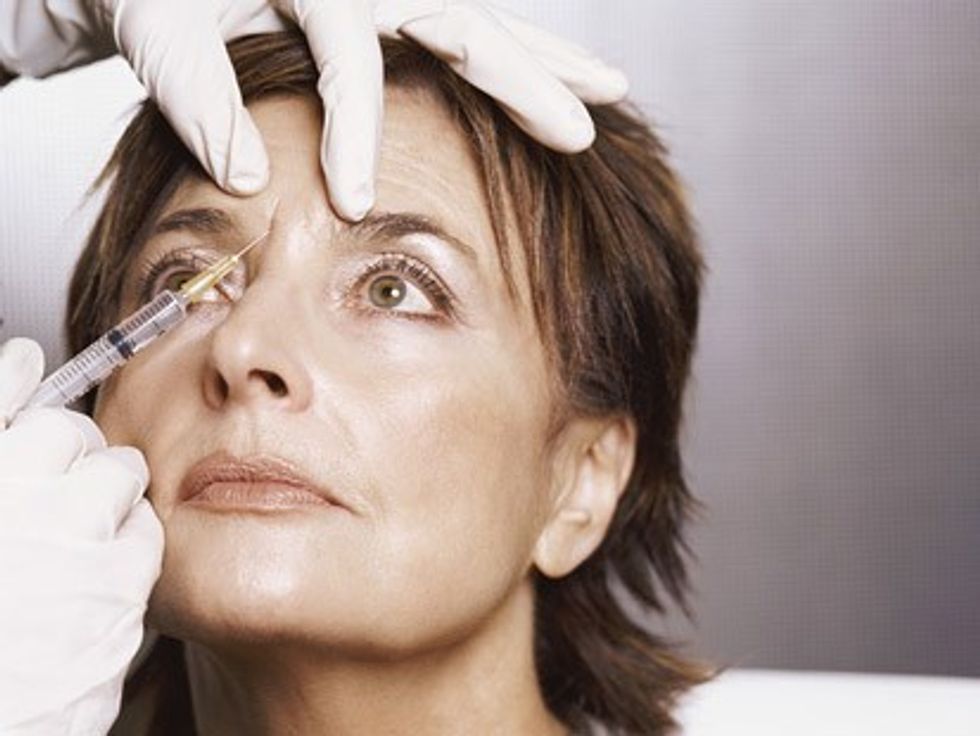 Kate Harding has an excellent analysis of the outcry by organizations like NOW and feminists like Gloria Steinem against the proposed 5% tax on elective cosmetic surgery that would be used to finance health care reform. What seems like a good idea on its face---tax a luxury to pay for a necessity---is more complicated when you look at it. Kate really sheds light on all the complications. The reason that such mainstay feminists are speaking out is because the vast majority of people who use plastic surgery (86%) are women. And even though we think of plastic surgery as a rich woman's hobby, in fact a surprising percentage of women who get it don't make that much money.

But here's the thing: 78% of people who get cosmetic surgery are white. So there's a huge racial gap here. I'm inclined to wonder if the rates of plastic surgery in the lower income brackets are so high because young, poor, white sex workers are getting breast implants and other procedures so they can boost their income. If so, I'm wary of protecting plastic surgery at the cost of making more health care available to all. Not because I have a problem with women who feel they need to get plastic surgery to do sex work, but because I think that the return on their investment is so low that the government really should consider discouraging it like they do other sham investments. Those breast implants you pay $8,000 for on credit that will mean they eventually end up costing you two to three times that much are going to require so much money to be paid for that the few extra years you get out of sex work for them will probably be eaten up paying them off.

But that's just a theory. The larger point is that I just really question the judgment of feminists who are making an issue out of this. Not that their arguments about the sexist catch-22 facing middle class white women are wrong. But organized, mainstream feminism has a bad reputation as a movement that puts the needs of middle class, middle aged white women before all other concerns. And the health care reform debate intersecting with feminism keeps threatening to dredge up those concerns about organized, mainstream feminism, even though the primary beneficiaries of health care reform, at least at first, will be lower income women. Health care reform should be an opportunity to create alliances between feminists fighting to protect women's rights in health care and activists working on behalf of people of color and lower income people---who have the worst health outcomes because they have the least access to health care---and so far that's worked out okay. I was worried about the Stupak-Pitts amendment situation, because there is a constant danger that the outcry over that will overshadow equally pressing needs that lower income women have for access to all kinds of reproductive health care, including prenatal care, but so far that hasn't been much of a problem. And that's because the Stupak-Pitts amendment is, above all other things, an attack on lower class women's access to reproductive health care. (Women whose employers pay their health insurance or who don't need huge subsidies can probably pay the out of pocket cost for an abortion that's not covered. They're like $500.) But this outcry over a plastic surgery tax that would basically be taxing privileged women so that much less privileged people can access basic health care? Tone deaf.

As much as I absorb the intellectual arguments about the sexism lurking behind this tax, I just don't care. I think there are way more pressing concerns that are fed in large part by sexism that need to be addressed, and we need money to do it. The feminization of poverty, for instance, is a much bigger and more pressing issue---women are more likely to be poor and more likely to be supporting dependents while poor than men. And for those women, regular access to basic health care matters more than access to plastic surgery. Yes, even for employment. Yes, even when we're talking about how women are dinged for looking old when looking for work. Nothing is more fatal to your looks than constant stress, poor access to health care that leads to more illness, and poor nutrition. Fixing those issues would do more for women looking younger and more hireable than anything else. Plus, you'd have the added bonus of the fact that less stressed out, less sick, less harried woman of any age is more likely to do well in an interview and start climbing her way up the ladder. Remember, almost any concern that affects middle class white woman is a double down concern if you're poor or a woman of color, and that includes these age concerns. And lower income women and women of color aren't using plastic surgery as a quick fix, making the plastic surgery tax a rather narrow concern.

Instead of asking for fewer taxes on a relatively privileged group of women, may I suggest an alternative? How about an equivalency tax that affects men, so that everyone is doing their share to pay for health care? If plastic surgery is a medical luxury used mostly by women, then erectile dysfunction drugs can be taxed in fairness, as a lifestyle improvement drug that, while absolutely important, is not as necessary as more basic forms of health care. That way, we can consider these to be taxes on medical care that is important but elective, and take some of the shame out of the whole thing, while also acknowledging that most people who use these forms of health care can afford to pay a little more for them. (Marc suggested the Viagra tax. I can't take credit for the idea.)