Yep, this hysteria about "hooking up" is fundamentally misogynist 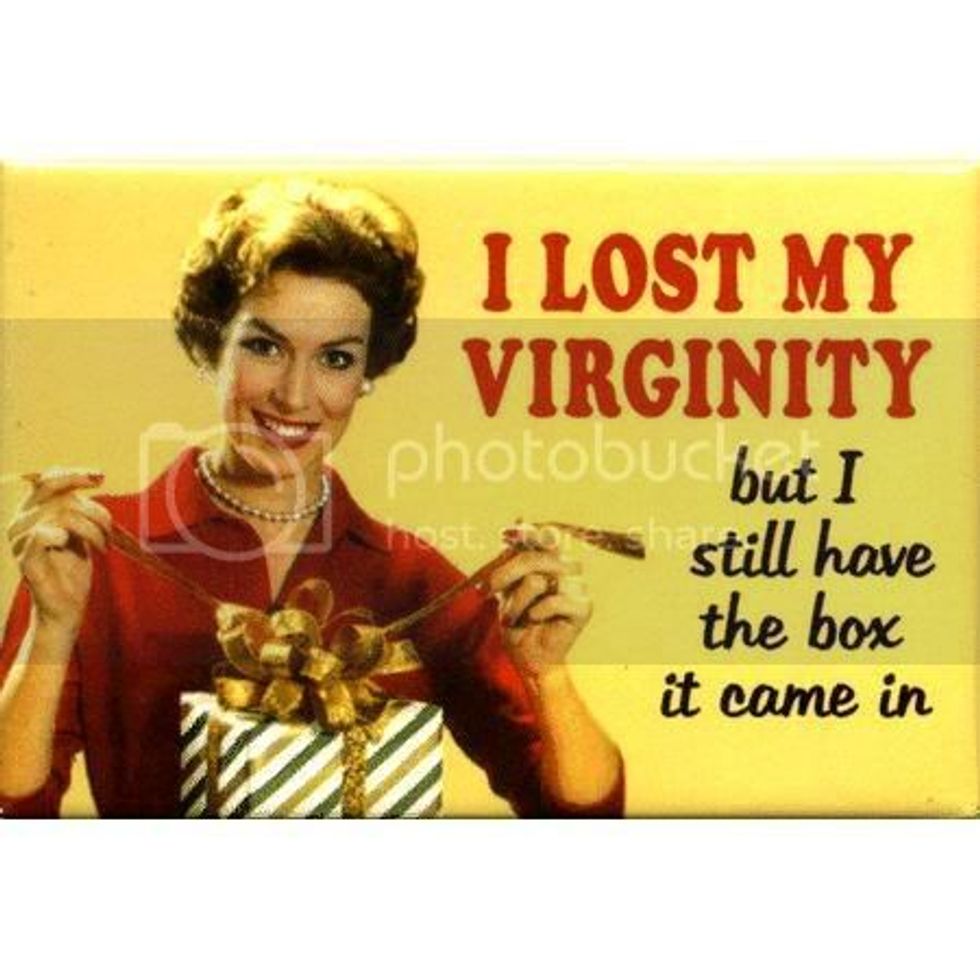 I've been sitting on this piece sent to me by a friend for a few days now, because of the Big Brooklyn Move, but better late than never. Jonathan Zimmerman has a theory about why the Twilight series is so popular: because feminism is so bad for women, amirite? We've all heard this story before, about how the double standard that shamed women for sexual activity but lauded men is actually good for women (at least the slim minority that escape being labeled sluts, feeling ashamed because they masturbate, or being tied to a table in a maternity home to deliver a baby you'll never get to look at), because withholding sex is the only way for women to get precious, precious male attention. But what I really liked about this piece is how up front Zimmerman is about the reason that he believes that women should hold out on sex in exchange for commitment from men: because women are so fucking loathsome, that it's ridiculous to even consider the idea that a man might choose their company for pleasure. And that the only way for a woman to get male attention is to use sex as a tool to get men to pretend that they like you.

In other words, it's a female fantasy. It's also every boy's nightmare. After all, the hooking-up deal works pretty well for guys. Lots and lots of sex, without all that messy relationship stuff? What's not to like?

What fascinates me is how much this belief smuggles in a larger belief about male superiority. Basically, the gulf between men and women, in this worldview, is this: Male company is desirable, female company is repellent. In fact, men are so wonderful, perfect, and amazing that women will vie for their attention, even if it's insincere and condescending, because of course, no man could actually like, much less love, a woman. But that's how great men are. They could kick you in the shins, and you'd be begging for more. They can pretend to like you to your face while trying to get you in bed while mocking you to your friends, and you'll be eager to suck it up, because men are so much better than you. Really, they're gods, and pathetic, loathsome women should be grateful for whatever scraps we can obtain. And we can only obtain scraps from our gods in the traditional way: sacrifice. Sacrifice of dignity, self-worth, and of course, of your own sexual desires.

But this is far from the only time Zimmerman relishes the idea that women are desperate for even the most insincere attention from men, whereas men think women are nothing but irritating meatbags around the pussy.

You hook up first, then decide if you want to "go out."

And it turns out -- surprise, surprise -- that most guys don't want the second part, so long as they get the first.

We are supposed to be unsurprised, because Zimmerman assumes it's a given that men are so infinitely superior to women that it can't be any other way. There is no such thing as a man who loves a woman, has a crush on a woman, wants to spend time with a woman. That's like believing that a man actually enjoys mucking around in pig shit, when of course, that's just the price you pay for getting the pork. Women who have sex with men without making the men pretend to like us for a time is like inventing a machine that makes pork without you having to go through the pig shit or the slaughtering aspects.

"No real commitment, no real feelings involved, this is like a guy's paradise," Bogle said one male student told her. "I mean this is what guys have been wanting for many, many years. And women have always resisted, but now they are going along with it."

Foolish women! No doubt convinced by those short-sighted feminists that they are people with personalities that have something to offer the world besides their pussies! Now they're learning the hard way---the choice is to get fucked and left miserable (because no woman likes sex, just male attention) or to withhold sex and have a man pretend to like you while making fun of you behind your back and getting you to do chores for free in exchange for his ever so precious attention.

Personally, I think I'd rather do without male attention at all, if the price I have to pay is that it's barely concealed contempt. But according to Zimmerman, my high self-esteem is just defeating me! Smart women apparently prefer to hang up our last ounce of dignity to have a man pretend to like us for a slightly longer period of time than to simply get laid and then do other things that don't involve someone who hates you pretending to like you.

On this not-so-delicate subject, I've heard plenty of my 40- and 50-something male peers complain that they were born several decades too early. But I have never, ever heard a woman say she'd prefer today's hooking-up system to the dating rituals we grew up with.

May I suggest it's because women aren't likely to open up about their gratitude for feminism to men who radiate the belief that not only are men exponentially superior to women, but that women are repugnant and good for nothing but fucking? And perhaps Zimmerman's male friends are chosen by him because they share a contempt for women. But may I also suggest that Zimmerman's world is a small one, and my world looks much different. I've met many men who find themselves able to fall in love with women, and who don't see commitment as a price you pay to get sex. I've met many people who think that women can want sex for itself, and aren't all broken up because a mere fling didn't turn into a feigned affection that drifts into mutual hatred. I've seen heterosexual couples that like each other, lots of them. I've talked to plenty of people who hooked up on the first date, and found that they were so happy being around each other, that they kept going. Yes, even the men. Strange, those men who like women. It's almost as if women have more to offer the world than their cunts.