Fox News: US could send Haitian refugees to Gitmo 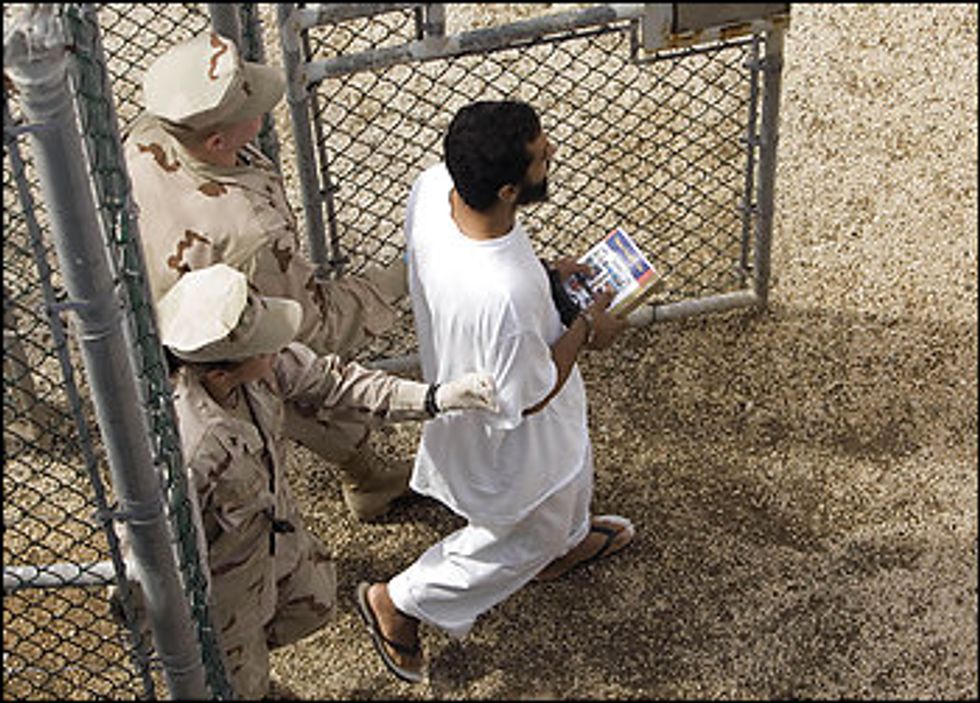 Just when you thought the situation at Guantanamo Bay prison in Cuba couldn't get more complicated, a new report claims that the US is considering hosting homeless Haitian refugees at the suspected terrorist naval prison.

Citing two Defense Department officials, Fox News reported late Wednesday that the US military is considering housing survivors from the Haitian earthquake at Guantanamo Bay, a region of Cuba that is under US control.

"We are certainly keeping that option open," one official purportedly said. "Of course no final determinations have been made as the military is still in its 'assessment' mode."

Guantanamo Bay has a long history of housing refugees from the Caribbean, particularly Haitian refugees.

In 1991, after a military coup ignited a violent power struggle in Haiti, more than 30,000 Haitian refugees passed through Guantanamo Bay, according to GlobalSecurity.org.

If refugees from Tuesday’s earthquake are brought to Guantanamo Bay, they would likely be housed at Camp Justice, where reporters and other visitors have stayed when covering the military trials of terror suspects.

Camp Justice is about a half-hour drive, across the base and over densely forested hills, from where terror suspects are currently being held at Guantanamo Bay.

A US General told reporters that hosting refugees at the facility was a possibility.

"It's a resource that's available if we need to take advantage of it for various reasons," Gen. Douglas Fraser said Thursday. "So we're looking across the region to just understand what the possibilites are there."

Added the network, "In recent months, military officials at the base have said that – after the detention facilities are closed as President Obama has promised – Camp Justice might still remain so that refugees from the Caribbean could be housed there if necessary."

Four members of the US embassy staff in Haiti were evacuated to the US naval base at Gitmo on Wednesday, where they are being treated for critical injuries.

The Fox report was first noted by ThinkProgress.

Immediately after his inauguration, President Barack Obama declared that he would close the US detention facility, arguing that the base had hurt the US image abroad (terror suspects have been held without formal charges for years). The self-imposed one year deadline is unlikely to be met.