In the thick of it: when fatphobia plays out in politics

In the New York Times, Adam Nagourney has a long profile on under-siege Senate Majority Leader Harry Reid, covering his "light-skinned/Negro dialect" dustup, his behind-the-scenes political maneuvers, and his personal life. I'm reading along and then this jumped out at me:

By reputation and appearance, Reid, who is 70, is one of the blander elected officials in Washington. Upon closer inspection, he is deeply and deceptively interesting. He is a senator from Nevada who hates gambling (“The only people who make money from gambling are the joints and government”); a backroom deal-maker who does not drink alcohol or coffee; a Washington celebrity who sniffs at the dinner-and-party circuit. “Senator Daschle went to dinner almost every night with someone,” he told me. “I go to dinner never, with anyone, during the week.” He does find time, at least twice a week, to slip on a pair of black Lycra stretch pants to do yoga with Landra at their apartment in the Ritz-Carlton. He has an intolerance for fat people, manifested in asides to aides who seem to be getting portly and an office staff that is suspiciously slim.

WTF? Well, as we know, social prejudice against fat people is still perfectly acceptable, and it's legal in hiring practices as well, as it the case in Sen. Reid's office. And in fact, we're not talking only about the morbidly obese, garden variety obese, or just "thick" folks. How many already painfullythin models or actresses have been told that they are too fat for a job?

But when it crosses the line into politics, fatphobia becomes even more egregious and irrational. It's often used to dismiss or ridicule political opinions. I can't for the life of me figure out how what one weighs has anything to do with the value of what one says or writes. But it happens all the time.

Sen. Reid's personal problem with fat people reminded me of David Mixner's recent brave column, "On Being Fat." David is an accomplished man in several areas - as a civil rights activist, an author, a political strategist participating in over 75 political campaigns, and served as an aide to former President Clinton. Despite that remarkable work, Mixner has had to repeatedly deal with open prejudice against him because of his weight.

I asked David if I could repost his essay and he was thrilled to share it with others to open the discussion. I mentioned to him how I was moved by it.

You hit the nail on the head about how much derision those of us who are less-than-svelte experience. I receive hate mail with "fat" tossed in for extra effort all the time, as if obesity alone is responsible for generating an opinion of any kind, lololol. I brush most of it off because those folks aren't very bright, but I always know that for every one of those turds, there are educated people who dismiss my essays for the same reason unconsciously. 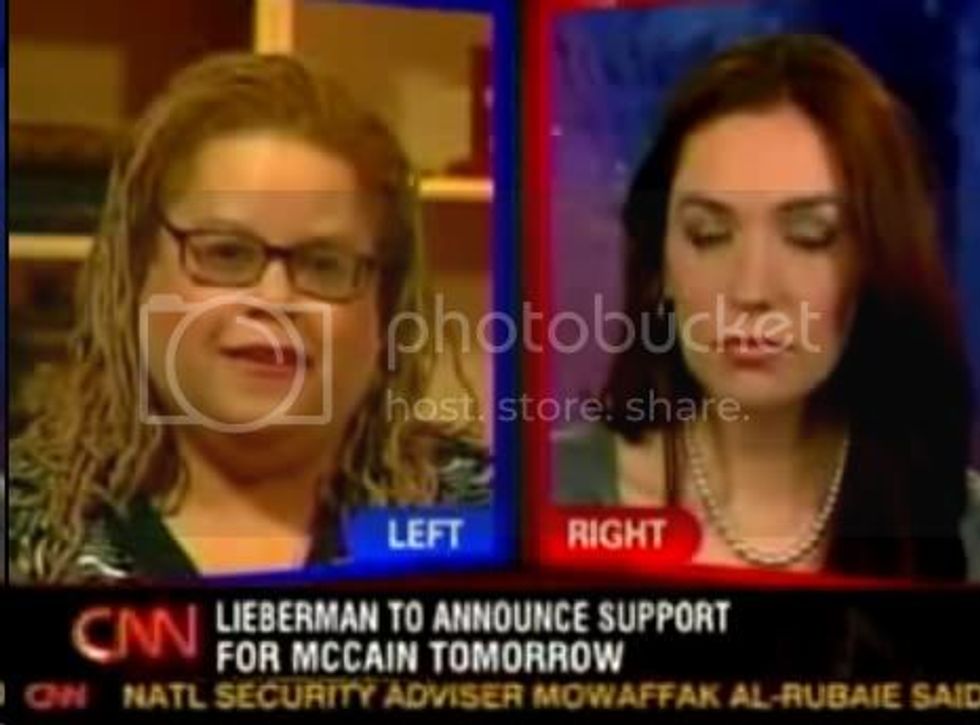 When I was asked to appear on CNN for the first time (2007), Mike Rogers blogged about it afterwards and, one of the commenters actually said "I like Pam, I just wish we had a prittier face representing liberals. looks sell, sorry?" Another said:

"I cant believe the talking progressive heads dont go on diets and loose some weight so we can get more people to like us. PUT DOWN THE BIG MAC STEP AWAY FROM THE MAC AND CHEESE JUST SAY NO TO DEEP FRIED FOODS!!!!"

I already was tentative about doing TV, but it has had a lasting effect on my reticence and self-consciousness about doing it. I know it's irrational, but one gets tired of people investing too much of their evaluation on what I say based on what I look like.

The irony is that bit on CNN was about 30 lbs ago; having shedded it not because of pressure to do so, but due to chronic illness. But enough about me; here's David's eloquent essay. I hope this generates an interesting and worthwhile discussion, not silence.

Hell's Kitchen Journal: On Being Fat 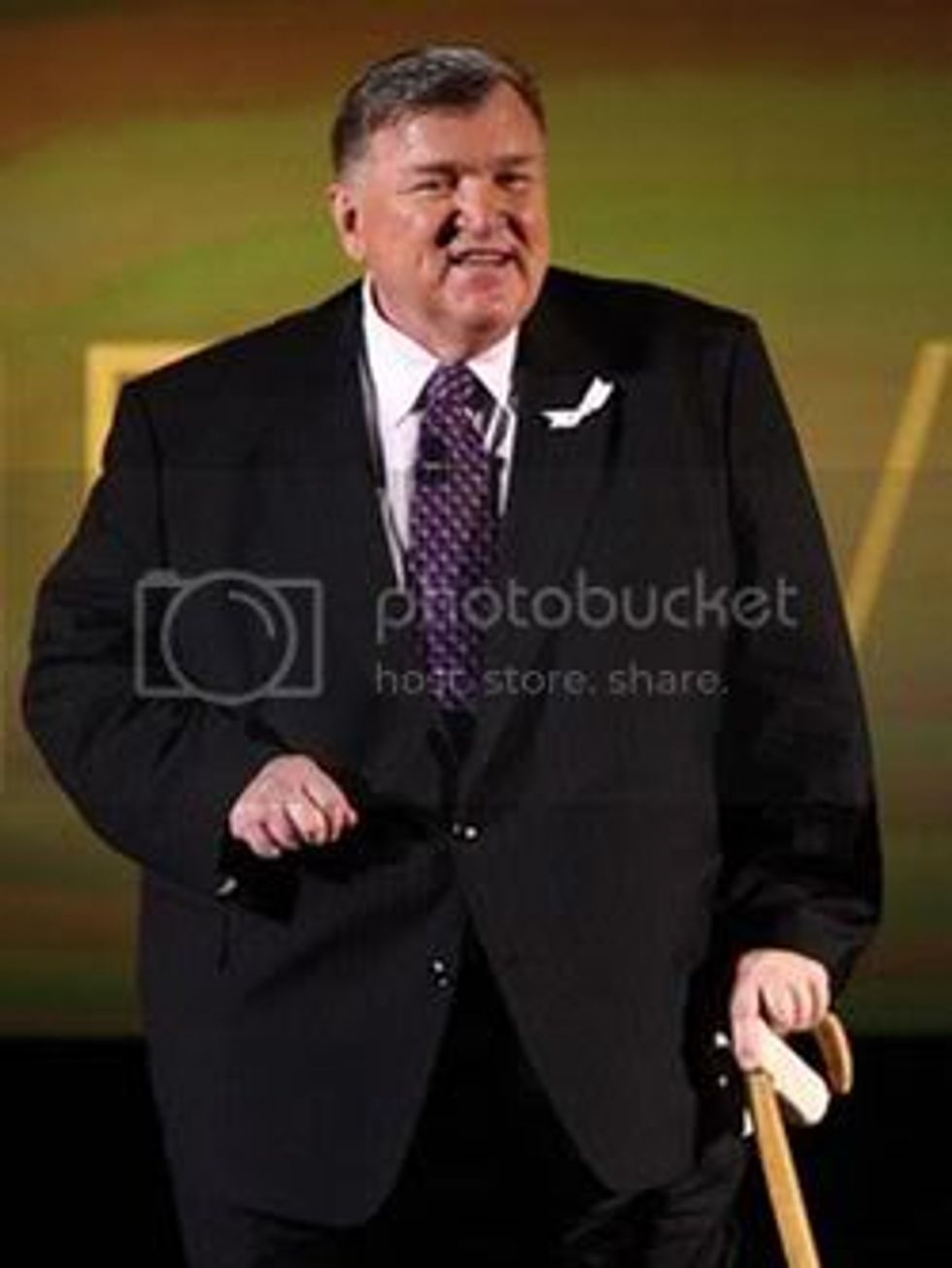 Over the years, through being both right and wrong on key issues, it never ceases to amaze me the number of people who seize my weight as an opportunity to discredit my ideas. Some of the most vicious and cruel responses to my speeches and writings have come from always anonymous lowlifes who taunt that I shouldn't be heard because I am a 'disgusting fat pig' or 'obese political whore' or 'horrendously ugly fat pig.' One would like to think that those words have no power over you but the fact of the matter is they always do. Bigotry of any sort, always cuts right to the bone.

Now, in writing this column, some of my friends urged me not to broach this topic. "Why draw attention to your weight and away from your ideas?" Well, has anyone seen a picture of me? I am fat. I am also attractive and proud. There is no question that losing weight would be helpful for my health. None of the surgeries and intensive care visits were a result of my weight, but it is true that my recovery time was prolonged from these last three years of health hell.

Amazingly, total strangers feel they have the right to pass judgment on a personal health issue. They have no qualms about saying "You ought to lose weight." People would be appalled if I walked up to an amputee and said, "Do you know you are missing a leg?" Honestly, I am quite aware of my weight and have put on significant amounts during these three years of health crisis. Right now, I am in the process of losing that additional weight.

In tandem with nutritional habits learned in childhood or from personal traumas over one's life, I firmly believe some people have a genetic marker determining the ability to gain or lose weight Coming from a somewhat poor family, my mother was a miracle worker in preparing meals that made us feel full, think we were getting great cuisines and stop us from going hungry. Often it would be cooked dough with chicken broth and creamy gravy poured over buttered white bread as our main course. That would be considered a special treat in my family. Lately I have realized how wonderful my mother was in making ends meet and at the same time make us feel we were getting special dishes. God bless her - she did really well given what was available.

Celebrations in childhood were always surrounded by food. The worst thing possible was to have someone at your table and not have enough food; the second worst thing was to leave any food uneaten. Food was a reward for getting older, longevity in marriage or getting an "A" on your report card.

What drove me to write today was not the ugly and cruel comments both privately and publicly about my weight. I like who I am. Also am working hard after the last three years to get into better health. Anyone who chooses to judge me on my weight loses out on a pretty incredible person here. Because I have been given so much including the ability to put those comments in the proper place, it isn't me I worry about. What bothers me are the millions and millions of increasingly obese young people who are the subjects of bullying, assault, discrimination, anger and cruelty. Society totally supports these actions directed at people who are overweight. Kids lose the ability to have a childhood, go to dances, to be popular and to contribute their gifts and talents because of their struggle with weight, despite the fact that near a third of Americans are overweight. It is all about appearance, not substance.

So for them, I speak out today.

Zip the lip the next time you are about to pass judgment on someone's weight. Trust me, they don't need you to point it out - they know about their struggle. If you see someone be cruel, speak out. What was amazing to me when those comments appeared in web sites, no one took them on for being insensitive bigots. Instead, there was amazing silence. Maybe by speaking openly with my weight struggle I can inspire some young person battling with their weight to not give up on life as they deal with that issue. Perhaps they can be made to realize that a person can be successful and powerful and still have health issues.

For those who can't resist judgment of me and my appearance, I can only say what they say in the south, "Well, bless your heart."