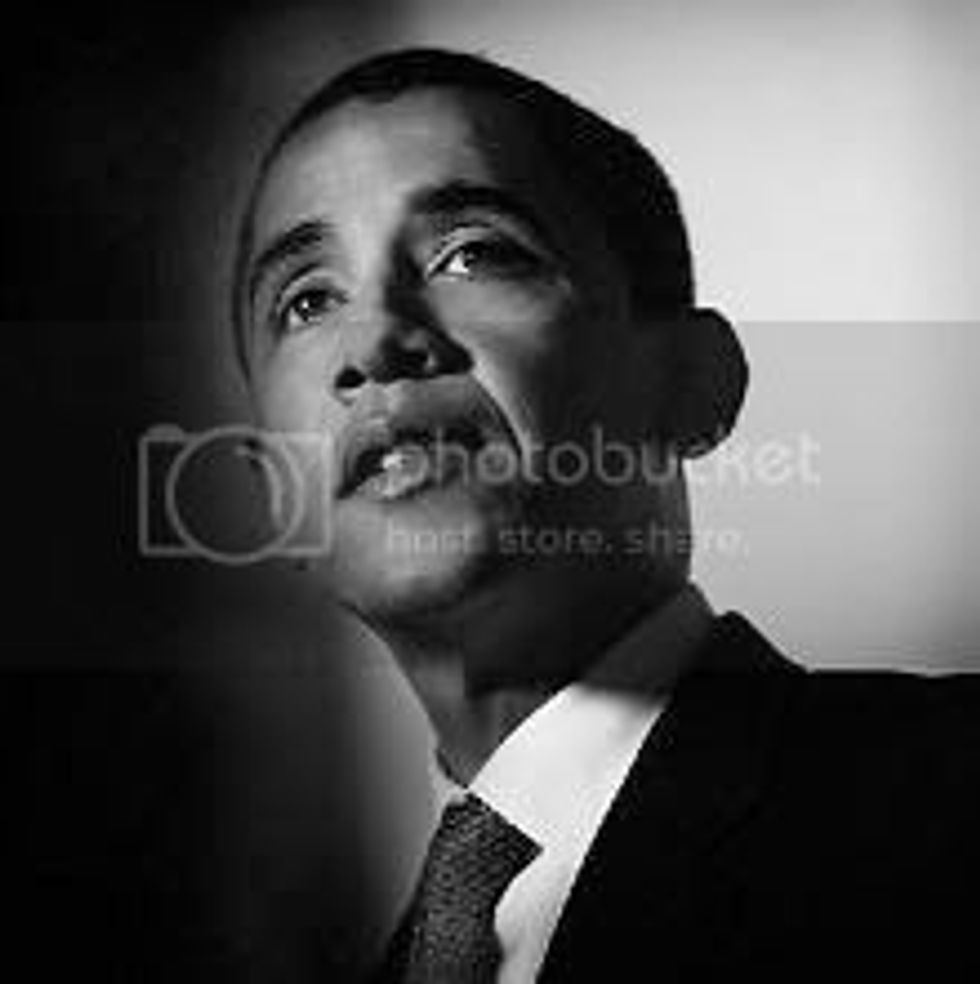 You know, I believe that marriage is between a man and a woman, but I also think that same-sex partners should be able to visit each other in hospitals, they should be able to transfer property, they should be able to get the same federal rights and benefits that are conferred onto married couples. And so, you know, as president, my job is to make sure that the federal government is not discriminating and that we maintain the federal government's historic role in not meddling with what states are doing when it comes to marriage law. That's what I'll do as president.

Well it's 1/19/2010, and the federal government is still discriminating against the LGBT community, and as we've read in recent days, our rights are getting refiled down to the bottom of the inbox of To-Dos because of political concerns. Take the election to fill Ted Kennedy's Senate seat. The administration is already crowing that LGBT rights are just not important enough to address if she loses (and Dems go below a 60 seat majority). Kerry Eleveld of The Advocate, in her "View from Washington" column, lays out the frustrating reality of the "Coakley Effect" -- it was discussed at that top-secret LGBT honchos meeting last week.

Turns out the Coakley race is not only key to bagging health reform so Democrats can finally pivot toward other legislation, but it also might serve as a bellwether for Dems on social issues. That reality was apparently a point of discussion at the emergency meeting called by major donors and the LGBT lobby groups last week in order to strategize about repealing "don't ask, don't tell."

Many in the room lamented that the political climate is not good for pushing a pro-equality agenda right now. "If she loses, all bets are off," said one attendee of the meeting. "The Democrats will stay away from social issues, and focus like a laser beam on jobs.

To show you that there is no plan on our issues, witness this:

One of the most telling conversations I had with an attendee of that closed-door LGBT meeting centered around fact that the community doesn't have a high-level adviser in the White House who feels LGBT issues to the core of their being. Because of that, this person noted, there's no overarching architecture for passing LGBT legislation amid the intricate web of White House planning. Thus, every gay item is essentially a one-off, and once it's passed, the community has to start from scratch to find a new opening for the next item.

In other words, from day one, whoever is ostensibly representing our issues -- inside the admin or in our orgs -- didn't hammer out any kind of workable plan. At all. They have no juice with this administration and when the fundraising letters go out and land in your mail/inbox, it's time to let them know how effective they have been. Who knows why this is, but I'll speculate for a second, based on nothing but observations. During the transition, a large slice of our leaders in charge of these kinds of matters had their eggs in the Hillary basket in 2008, and thus had to build a bridge with few relationships of note with the Obama team. That slows down any sort of progress in getting infrastructure in place. Our LGBT liaison in the White House, Brian Bond, has largely been invisible, so it's hard to say what level of advocacy he represented, how much juice he has to follow through independently, etc. We can only look at the result....an emergency meeting now that the horse is out of the barn and the barn is burning down.

"Did we as a community do something wrong when we gave lot of money, made demands about very specific legislation, but we didn't get ourselves a power broker on the inside?" the person questioned, betraying a hint of regret inside players sometimes display upon realizing the limits of their influence. "We may have won some battles but lost the war because we didn't get a powerful passionate advocate at the upper levels."

Honestly, if Coakley wins, do you think Congress and the President will jump right onto our issues? If so, I have a bridge to sell you. The window of opportunity to prioritize civil rights for a loyal donor/voter constituency is closing on more than one front. Have you heard what the President has said about the federal Prop 8 case, now entering its second week?

More below the fold. David Mixner hits the nail on the head about the silence, saying "Obama's Silence Is Hurting Us Now":

Isn't it about time that President Obama find a way to help us instead of sitting quietly while his words are used against us time and time again? Not being for marriage equality is hard enough for us to stomach but now to remain totally silent while is words "marriage is between a man and a woman" have been used against us everywhere. Is he really content to allow his words to be used against us in elected bodies, in the courtroom and on the ballot? Doesn't such systematic use of his quote demand that he stand up by our side?

His silence is killing us.

The latest to use in full force his words against marriage equality are the lawyers fighting the Olson/Bois case before the Federal Courts...How much longer is Obama going to remain silent while the bigots use his own words against our struggle for freedom?

Apparently for the duration, as long as the White House feels politically vulnerable, and believes that LGBT citizens are not seen as in dire need of removal of institutional discrimination. There is no urgency being created by those who advocate for us, or direction to tell the community how to express the frustration and lack of dignity with which Congress and this White House has treated the LGBT community. As candidate and constitutional scholar Obama said in the above quote, he believes that "marriage is between a man and a woman," despite full knowledge this is ridiculous from a civil perspective. Yet his promises to remove any federal discrimination have turned into delay and deny for one political reason after another.

UPDATE: Howie Klein has an idea about where gay donors should go...

Blue America has embarked on a Better Democrats campaign for this cycle, starting with this ActBlue page, Send The Democrats A Message They Can Understand. Please take a look. We are targeting bad Democrats and trying to assist grassroots progressives who are opposing them.

The Democrats who voted against the Matthew Shepard bill-- again, all Blue Dogs-- are serial homophobes who oppose gay fairness at every opportunity, just the way Republicans do. Blue America opposes and hopes to defeat each and every one of them -- Dan Boren (OK), Chris Carney PA), Travis Childers (MS), Lincoln Davis (TN), Joe Donnelly (IN), Brad Ellsworth (IN), Parker Griffith (AL, who has since left the Blue Dogs to officially join the Republican Party), Baron Hill (IN), Frank Kratovil (MD), Mike McIntyre (NC), Charlie Melancon (LA, a candidate for the U.S. Senate in a state with a lot of gay people), Walt Minnick (ID), Mike Ross (AR), Heath Shuler (NC), and Gene Taylor (MS)-- not with a worse or equally bad Republican but with a better Democrat.

If you donate any money at all the the DCCC, most of it will go towards bolstering anti-gay Democrats in trouble with the Democratic base. Your money will go to make sure dedicated and relentless homophobes like Chris Carney, Frank Kratovil, Baron Hill, Walt Minnick, Joe Donnelly, Brad Ellsworth and Travis Childers are re-elected so they can continue voting against gay families.

And the DCCC has already started trying to destroy progressive candidates like Doug Tudor in favor of conservative shills like Lori Edwards in Florida. At the very least, we hope to eviscerate the power of their Blue Dog caucus and make it less able to work against the interests of gay people and other Americans who are not part of the corporatocracy conservatives seem to believe should get all the breaks.

Again, if you'd like to help, this is a very good alternative to donating to the DNC, DCCC or DSCC: Blue America.