I'm launching this feature on my pad, not here (unless folks are interested), but I wanted to post some of the recent garbage I've come across related to breed-specific legislation that I wanted to share...

Because Kate and I are dog lovers and know how hard the economy has hit local shelters (many people abandon or surrender their dogs for financial reasons) we made several deliveries of toys, towels and food to the Animal Protection Society of Durham last year but last fall we also decided to sponsor a dog cage. This will cover the costs to house a "guest" canines during the year in terms of food and necessities.

The APS handles the intake and adoption of animals for the city/county, with the city's Animal Control handling animal pickup and enforcement of local ordinances. This differs from, say other county shelters handle both, and having visited some, the animals spend their limited time there before euthanasia in pitiful, horrible circumstances.

The dogs at the APS are in clean cinderblock suites, kept up by the many volunteers who walk and give the dogs human affection and attention to make them adoption-worthy candidates, and that includes the often forgotten and misperceived pit bulls, which are often pit mixes. No pittie is put up for adoption without temperament testing, so it's a matter of educating folks that pits are great family dogs, love children -- but they are not first-time adopter dogs, like many breeds that prospective owners should research rather than impulse adopt.

So I'm starting a weekly blog entry (no prompting from the APS, though they'll probably gain more traffic, lol), where I feature some cute pit bulls that deserve a chance for a forever home with the right person or family who's willing to put in the time, training and love to meet their needs, because the love they will receive from this very people-focused breed pays off in big dividends. My first two...

Too many dogs end up back in shelters, particularly after the holidays, because of the lack of understanding of the dog breed's working, herding, burrowing, lure-chasing or guarding instincts (see Jack Russell Terriers, Border Collies, Weimeraners, German Shepherds, Rotties, Dobermans -- and pits). If you can't put in the time to give a positive outlet for them, you'll have your furniture destroyed, or an anti-social, snipping, lunging, out-of-control dog -- it's not their fault, it's you the owner --and knowing what you're in for.

More below the fold that is something you should see, particularly those who believe in breed-specific bans. I was shocked at the number of breeds besides the "pit bull" (which has a preposterously broad definition) that you might not think some states and municipalities ban. Your breed may be next.

We both watch The Dog Whisperer (Cesar Millan, National Geographic) and "It's Me Or the Dog" (with Victoria Stilwell on Animal Planet), and DogTown (Best Friends Animal Society, National Geographic). Anyone who wants to implement breed-specific legislation and believes that pit bulls are evil and not rehabilitable, should watch the NatGeo programs in particular. Cesar Millan is a huge advocate for pit bulls and frank about the facts and myths -- and focuses on responsible dog ownership. See his pack gallery and his stories about pits Daddy and Junior.

But when I was watching a program about owners who couldn't control their Shar Pei from going red-zone ape-sh*t when vistors came, I decided to look up the breed's history, and what do you know, it was historically used for guarding and fighting. You don't see that breed on most breed ban legislation. In fact, many advocates of the Shar Pei know the breed is no different from pit bulls in that respect, but try to hide the history to avoid getting on a ban.

Incidentally, Western breeders maintain that any dog in China that protects property is called a fighting dog, whereas in Canada and the United States, they are referred to as guard dogs. This is still a moot point. Up until the introduction of Breed Specific Legislation, designed to target breeds alleged to be "more likely" to attack and largely aimed at criminalising the American Pit Bull Terrier, the Shar-Pei was regarded as a breed designed, bred and selected for dog fighting.

After the introduction of various Breed Specific Legislation, many breeders started to deny the fighting ancestry and concocted fanciful tales of a hunting heritage. It is worth mentioning that the Chinese and Taiwanese still regard the Shar-Pei as a dog-fighting breed, although the prohibitive cost of the breed has done much to discourage such abuse.

Isn't that special? And what about Rottweilers -- how come they escape breed bans?

Rottweilers are a powerful breed with well developed genetic herding and guarding instincts. As with any breed, potentially dangerous behavior in Rottweilers usually results from irresponsible ownership, abuse, neglect, or lack of socialization and training. However, the exceptional strength of the Rottweiler is an additional risk factor not to be neglected. It is for this reason that breed experts recommend that formal training and extensive socialization are essential for all Rottweilers.

I guarantee you that a good number of Rottie owners haven't gone through formal training, and those dogs can outweigh pits by 50 lbs. or more. And I can't count the number of times I've had people recall some they know or themselves being bitted by a German Shepherd Dog, a breed rarely on a BSL list. But they are clearly a menace if untrained and do turn up in shelters a lot.

Moreover, studies rely on 'reported' bites, leading the National Geographic Channel television show, The Dog Whisperer to conclude that small dog breeds are likely responsible for more bites than large dog breeds, but often go unreported.[32] In addition, according to the National Geographic Channel television show, Dangerous Encounters, the bite of a German Shepherd Dog has a force of over 200 pounds (compared with that of a Rottweiler, over 300 pounds of force, a Pitbull, also over 200 pounds of force, a Labrador Retriever, of approximately 125 pounds of force, or a human, of approximately 170 pounds of force), which means it is important to note the impact that 'reported' bites and serious injury have on any dog bite studies and to distinguish a dog attack from 'aggression'.[33] Regardless, one source indicates that fatalities have been attributed to over 30 breeds since 1975, including small breeds, such as the Pomeranian.[34]

These claims have also been disputed on the statistical basis that German Shepherds represent a higher proportion of the population than other breeds and also because of the use of German Shepherd Dogs as protection dogs, which would require controlling statistical data for "pet" or "companion" use and not military, police or guard use. An Australian report from 1991 indicates that German Shepherd Dog bites are still over-represented in Australia when the statistics take into account the difference in population (though not use).[35] Again, though, there is a difference between 'aggression' in a dog and a dog attack. It is also important to note that German Shepherds are very common in cross-bred canines. And due to their popularity the layman will likely recognize most GSD cross-breeds simply as "German Shepherd," if a report is ever filed.

In fact my brother-in-law was just bitten by a GSD recently, while riding on his bike in a park. If that had been a pit or pit mix, would it have been reported? I'll have to ask him sometime.

Anyway, take a look at this list of Breed-Specific Legislation implemented around the country. I couldn't believe my eyes on this one.

Honestly we're down to banning these dogs now? 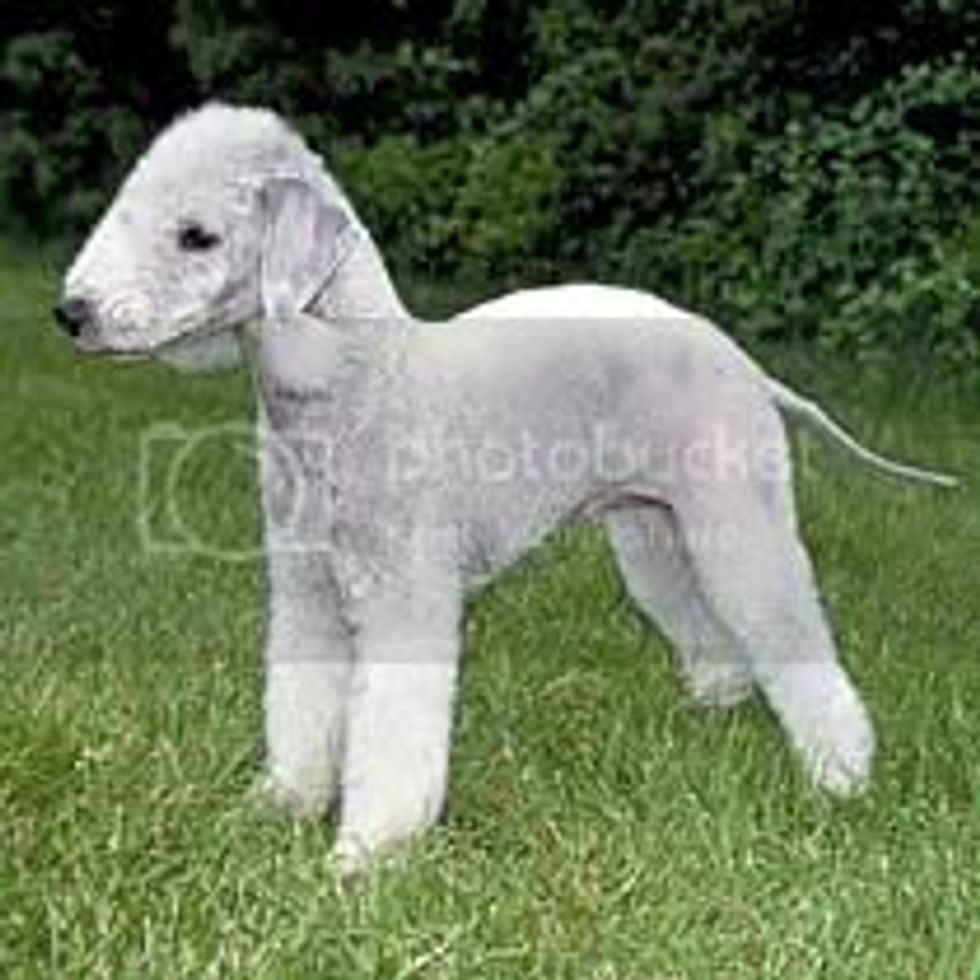 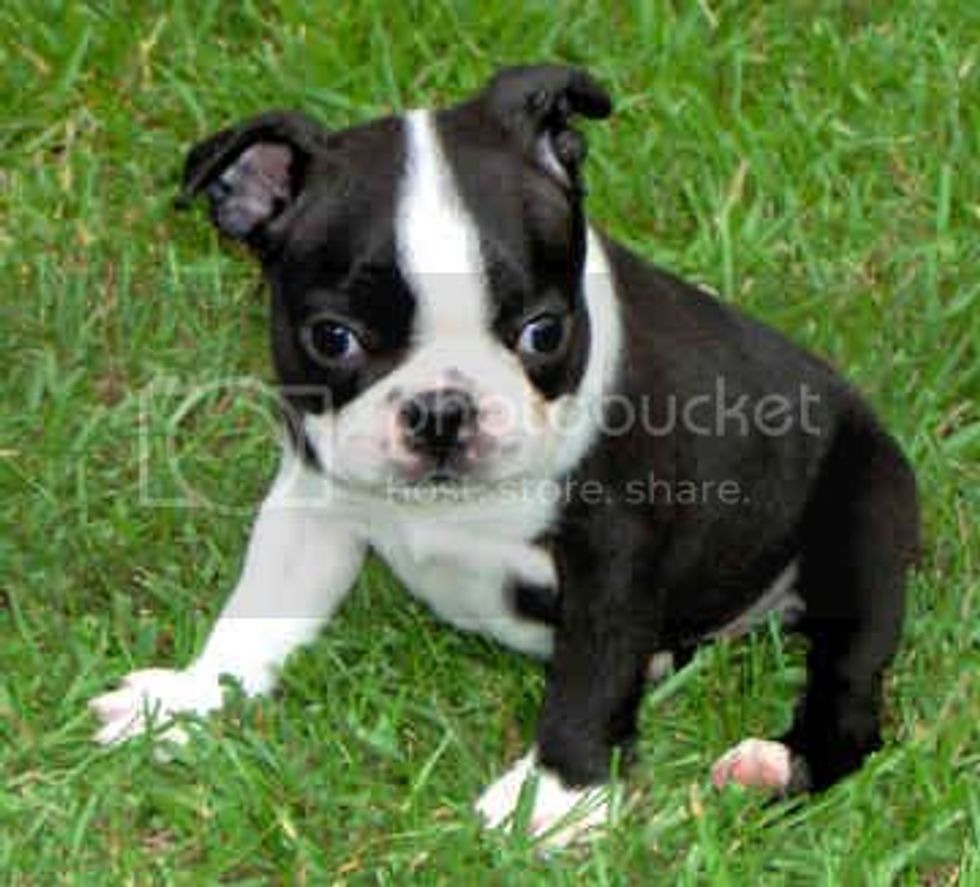 Bedlingtons have NO fighting history. Boston Terriers, believe it or not, do, but it has been bred down over the years to be solely a companion dog. I want to know what the f*ck kind of information the New York City Housing Authority used to make that list up.

And Dobies, Rotties and German Shepherds DON'T make the above list, despite the factual information out there?! Oh wait, those are popular breeds, regardless of their potential for possible aggression issues in the wrong hands. And there are ridiculous iterations of this statement in almost all of the legislation listed, banning:

[A]ny dog exhibiting those distinguishing characteristics which substantially conform to the standards established by the American Kennel Club or United Kennel Club for any of the above breeds.

The canine merely has to look somewhat like a pit bull to be banned/destroyed, including mixes. That means you could have a Lab/Pit mix litter with some looking like the Lab, others like the Pit, and no idea which may have a dog-aggressive nature that the legislation is trying to ban. This is outlandishly subjective legislation intended, to scoop up enough dogs and deeming them dangerous, instead let's bad owners off the hook, and punishes responsible owners.

My goal with this weekly feature is to give left-behind pit bull pet prospects some sunshine and light, rather than focus on those "pits" that generate bad headlines because of their owners. So many dogs that could brighten lives end up euthanized or ignored for purebred purchases from breeders or pet stores. Please support and encourage spay/neuter programs to reduce the population of unwanted cats and dogs brought into the world.