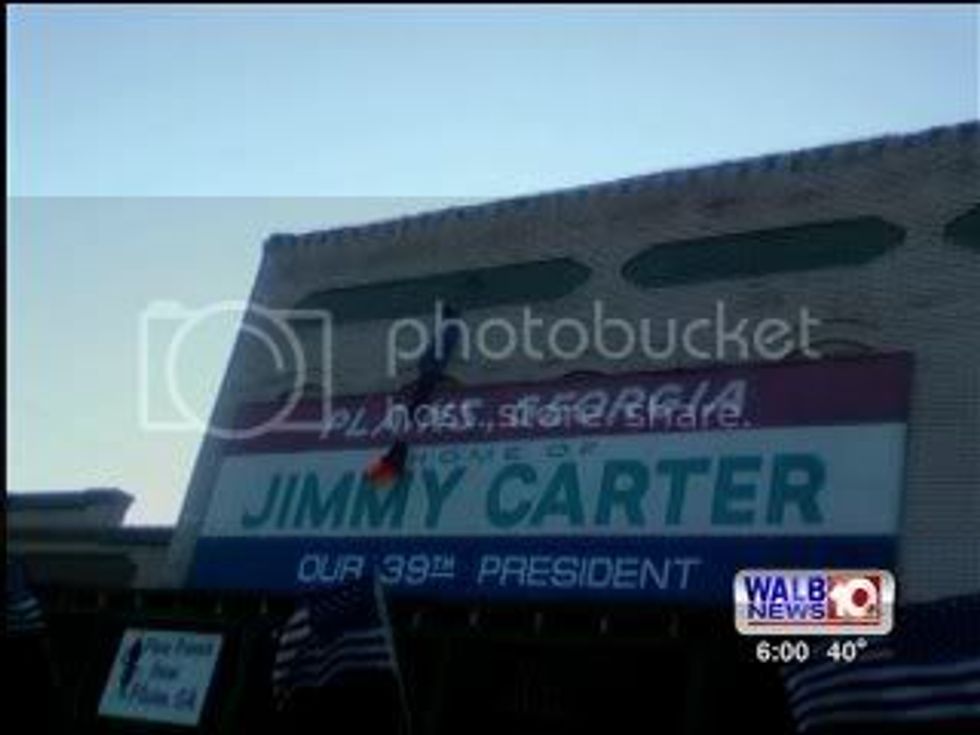 Yes, the color-aroused yahoos are already off to a nice start in 2010. (WALB):

A doll found hanging off of a building in Plains is causing controversy. Controversial enough to get the United States Secret Service involved.

Witnesses say it was an image of President Barack Obama with a rope around his neck and the display was found hanging in one of the city's most recognizable sites dedicated to former President Jimmy Carter.

A few people were able to snap pictures of the black doll with the rope hanging off that building right in the center of town before it was taken down.

...Store owners we asked for comment said this shines a bad light on the home of the nations' 39th president.

And they would rather not say a word, but one did say off camera she hopes whoever did it is caught. "I don't think it's right I don't know if it's someone horse playing or what," said Davis.

Yeah, horseplay. News video is below the fold.