Statistical arguments don't have to be dry and ineffective 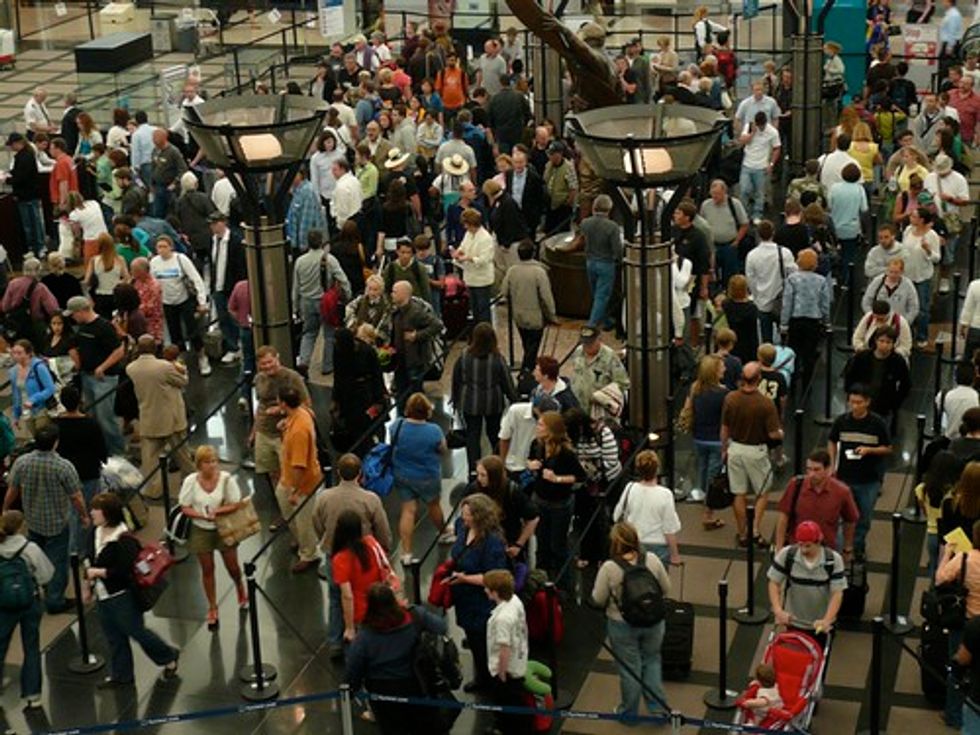 Via Paul at Lawyers, Guns, and Money, Kevin Drum---while agreeing that we shouldn't overreact to terrorist campaigns---basically says such an overreaction from the public is inevitable.

First, this line of argument — that terrorism is statistically harmless compared to lots of other activities — will never work. For better or worse, it just won't. So we should knock it off.

Second, even in the realm of pure logic it really doesn't hold water. The fundamental fear of terrorism is that it's not just random or unintentional, like car accidents or (for most of us) the threat of homicide. It's carried out by people with a purpose.

Actually, the fear of terrorism is the threat of homicide, and that's why it gets blown out of proportion for some people, particularly those with narcissistic tendencies (see: conservatives) that make it hard to calculate risk. Fear of the unknown especially blows this fear of danger out of proportion---I was actually warned by some people, when I moved to New York, about the dangers of subway accidents, even though my actual danger of getting killed in transport is exponentially lower riding the subway than it ever was driving a car or riding a bike around cars. I would definitely say the fear of homicide is number one in driving irrational behavior---that's why so many suburban types completely lose their shit at the very idea of living in a city, especially one that has a high homicide rate, even though most of the time the high homicide rate is due to issues like fighting over drug dealing territory or domestic violence situations, both of which aren't going to kill you if they don't involve you. (Not to downplay the importance of those issues, but for those not involved, the concern is due to empathy and compassion, not fear for your own hide.) I would argue the very people who freak out at the idea of even visiting a big city with a high murder rate, even though the chance of them getting killed by murder is below their chance of getting killed traveling to and around the city, are the very same people who get sucked into the high drama of Terrorball.

But the real question here is: Does pointing this out work? Kevin is adamant that it doesn't, and therefore we should cut it out. Which seems extreme to me---we should only cut it out with haste if it's counterproductive, if pointing out low risk somehow increases fear. I see no evidence to suggest that it does, honestly. And the promotion of these statistics, even if it doesn't "work" to immediately cause people to calm the fuck down, does have other effects that are useful. For one thing, it gives us a way not to cede ground to conservatives. Just the appearance that they're winning is something that helps them win, so we should be making arguments and not backing down, even if the arguments themselves don't have any magic power to change a whole lot of minds immediately. It also gives people who are skeptical of Terrorball more reason to be skeptical, and helps put them further into our camp. It can inform policy response, which in turn influences public opinion.

All that said, I think the fundamental error Kevin is making is that he, like a lot of us, has absorbed the idea that because conservatives say that intellectual, rational arguments are de facto dispassionate means that they are. Well, not just conservatives, even. That's a myth that's shot through our society, but conservatives really push it hard at times like these, because the less thinking people do, the better conservatives do. I 100% agree with Kevin that unless an argument can be bundled up into an emotion that makes it relateable to people, then it won't go anywhere. But the "terrorism really isn't much of a threat, statistically speaking" argument can be conveyed with atuite relateable emotions, especially right now. Two major ones that are pretty damn effective come to mind.

1) Don't be a pants pisser! Conservatives gain a lot of power by playing like they're Big, Powerful Men. But the problem is that this directly conflicts with panicking over what are relatively marginal threats, no matter what Maureen Dowd says. The statistical arguments can and should be coupled with a cool bravery, of the sort that has sold 90% of action movies since they started making action movies. The hero (and sometimes heroine, finally) stares the scary monster in the eye, shrugs coolly, and dispatches with them without pissing their pants or showing fear. (We've been rewatching "Buffy the Vampire Slayer" at my house, and I can tell you that the show really took a turn for the better when they started to portray Buffy as cool and invincible at times, like when she blew The Judge up with a bazooka.) Even W. knew that he had to act resolute and unafraid in the days after 9/11. What the Republicans were smart about doing was insisting that everyone else act like panicked children, but I think it's as appealing, probably more appealing, to act like an intelligent, courageous adult. And the stats can back you up.

The other emotion that we can put into play is shame. Those who panic, especially in light of these damning statistics, are pants-pissing infants, afraid of the dark. Using the statistics, this argument shaming conservatives is very helpful, especially since most of them have a big thing about seeming like big, powerful men (and their stalwart ladies). That they are anything but is a powerful point to make, and we shouldn't shy away from making it, armed with statistical proof.

2) Airport security is a joke. Right now, the zeitgeist is more about annoyance at security hassles than it is fear of terrorism. After 9/11, that calculation may have been different, but right now, everyone's sick and tired of the bullshit. The diaper bomber's failed attempts to start a fire on a plane were meant to hurt Americans not just due to the symbolism of attacking on a cherished holiday, but also to strike fear by maximizing the number of people tied up in security headaches at the airport. My sense is that it did the opposite; it made people even more annoyed at how pointless and silly the whole security theater thing is. The contrast between the very real danger that you would miss a flight because of all the nonsense (and then be stuck in Holiday Traveling Hell) and the very distant, unlikely danger of a dangerous terrorist attack was heightened. Everyone I spoke to about the situation, no matter where they fell on the political spectrum, focused entirely on the silliness of it all. The horror stories were not of terrorism, but of relatives that were nearly prevented from going home after a dog died because of security theater, relatives that were erroneously put on no fly lists because someone with a similar name once called a flight attendant a nasty name, things like that.

Look. I live an hour from Detroit. I spend time in Detroit. People around here are not particularly scared. In fact, they’re more annoyed at the new ridiculous TSA guidelines than they are afraid that Barack Obama is going to let planes blow up out of a morbid and detached curiosity about the physics of concussive force in midair.

In other words, security theater---especially after 8 years of such intense, often embarrassing security theater---is losing its power to keep people afraid, and instead is starting to be seen as a real injustice. And therefore it highlights the real conflict between justice and security. The time is ripe to move on this point, and really drive home people's sense that justice and fairness is being sold out for statistically minor risks.