Irish Cardinal under cloud of scandal: I will only resign if the Pope asks me to 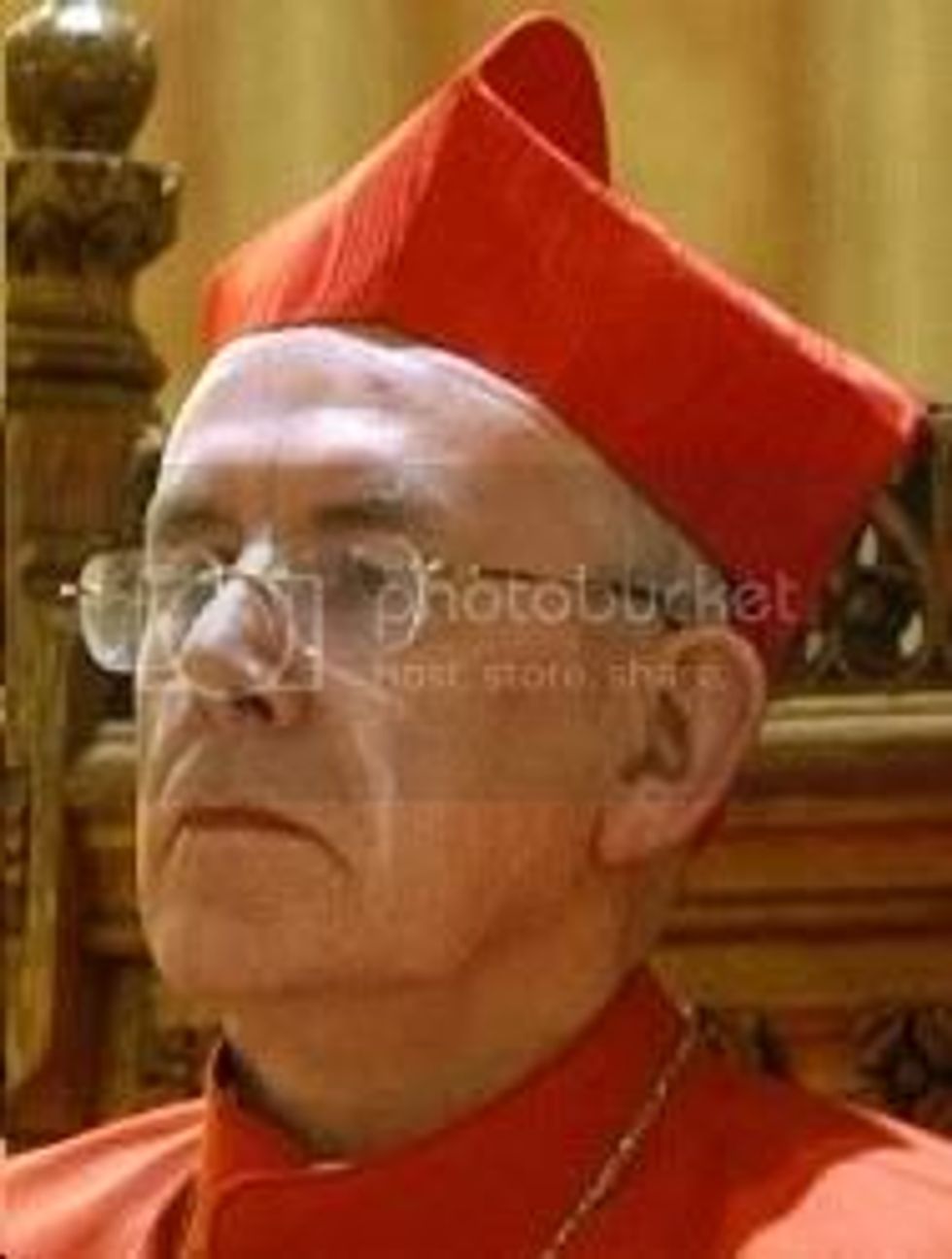 Oh man, it's getting ugly now. How do you like the gauntlet that Cardinal Sean Brady, leader of the Catholic Church's Irish flock, has thrown down at Pope Benedict. Why? It's because Brady is under his own cloud of abuse scandal, and smells blood in the water now that Papa Ratzi is hanging on for dear life when it comes to responsibility for child-raping priests on his watch.

The leader of the Roman Catholic Church in Ireland has said he will only resign if asked by the Pope amid allegations he witnessed teenage abuse victims take vows of silence over a paedophile.

Cardinal Sean Brady, the Primate of All Ireland, admitted that he attended meetings in 1975 when two teenage boys signed oaths of silence while testifying in a Church inquiry against Father Brendan Smyth.

The priest was later uncovered as the most notorious child abuser in the Irish Catholic Church, carrying out more than 90 sexual assaults against 40 youngsters in a 20-year period. Survivors’ groups say the revelations show the cardinal colluded in the cover up of Smyth’s crimes – which, they say, allowed the cleric to continue offending - and say he must quit immediately.

Dr Brady claimed that wider society handled child abuse cases differently in the 1970s. 'There was a culture of silence about this, a culture of secrecy, that's the way society dealt with it.'

Wow. What a defense that is -- "everybody was doing it," as priest after priest was shuffled from one diocese to another to victimize hundreds of children. I don't know what culture of silence he's talking about, but he, in a position of power, and as an adult with great power over the lives of innocent children, surely knew what he was doing was immoral and criminal activity. Does he feel any guilt? Hell, no.

Abuse campaigner Colm O'Gorman said Cardinal Brady ‘is now deeply personally implicated in the gross failures of the Catholic Church in the management of Smyth and his rampant sexual offending against children.’

...Cardinal Brady said yesterday that he would not be resigning because he had done nothing wrong. ‘I did act, and act effectively, in that inquiry to produce the grounds for removing Father Smyth from ministry and specifically it was underlined that he was not to hear confessions and that was very important.’

A shout-out to Cranmer, who compiled a list of shame in the post "Is Pope Benedict XVI about to resign?" (Doubt it, they'd have to pry the Pradas off of his cold dead feet). It's below the fold. Look at the mounting stories of scandal -- still not a peep from Benedict himself: 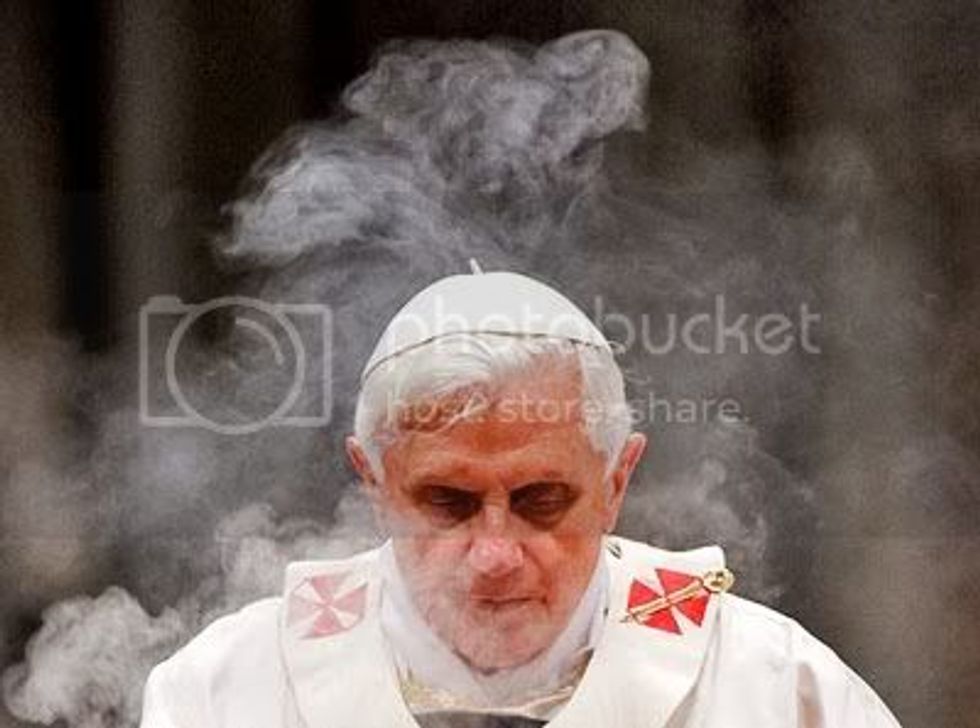 La Repubblica: A paedophile priest in Munich when Ratzinger was bishop.

Il Messaggero: Paedophilia, abuses at Munich when Ratzinger was bishop.

AGI news agency: Paedophilia: in Munich, Ratzinger accepted a priest for a cure

Reuters: A paedophile priest in the Pope's ex diocese.

Corriere della Sera: Paedophilia, a case in Munich when Ratzinger was bishop.

And even Avvenire, a journal of the Italian bishops, says: Paedophile priest was moved to Munich.

There are very many more across the Americas, Africa and Asia.

But it was not only The Times in the UK which ran this story:

The Daily Mail: ‘Joseph Ratzinger of Munich – the future Pope Benedict – had approved therapy for a priest suspected of abuse’.

The Guardian: Pope is 'shocked' to hear of abuse case in Munich while he was archbishop

The idea that this long list, certainly only a smattering of what's out there now, is a hit job on the Pope, or that all the media around the globe are "setting him up" is absurd at this point. In fact you could argue that Cardinal Sean Brady is calling Benedict's bluff on this one, Big Time. Let's see if Papa Ratzi has the stones to call for his resignation.