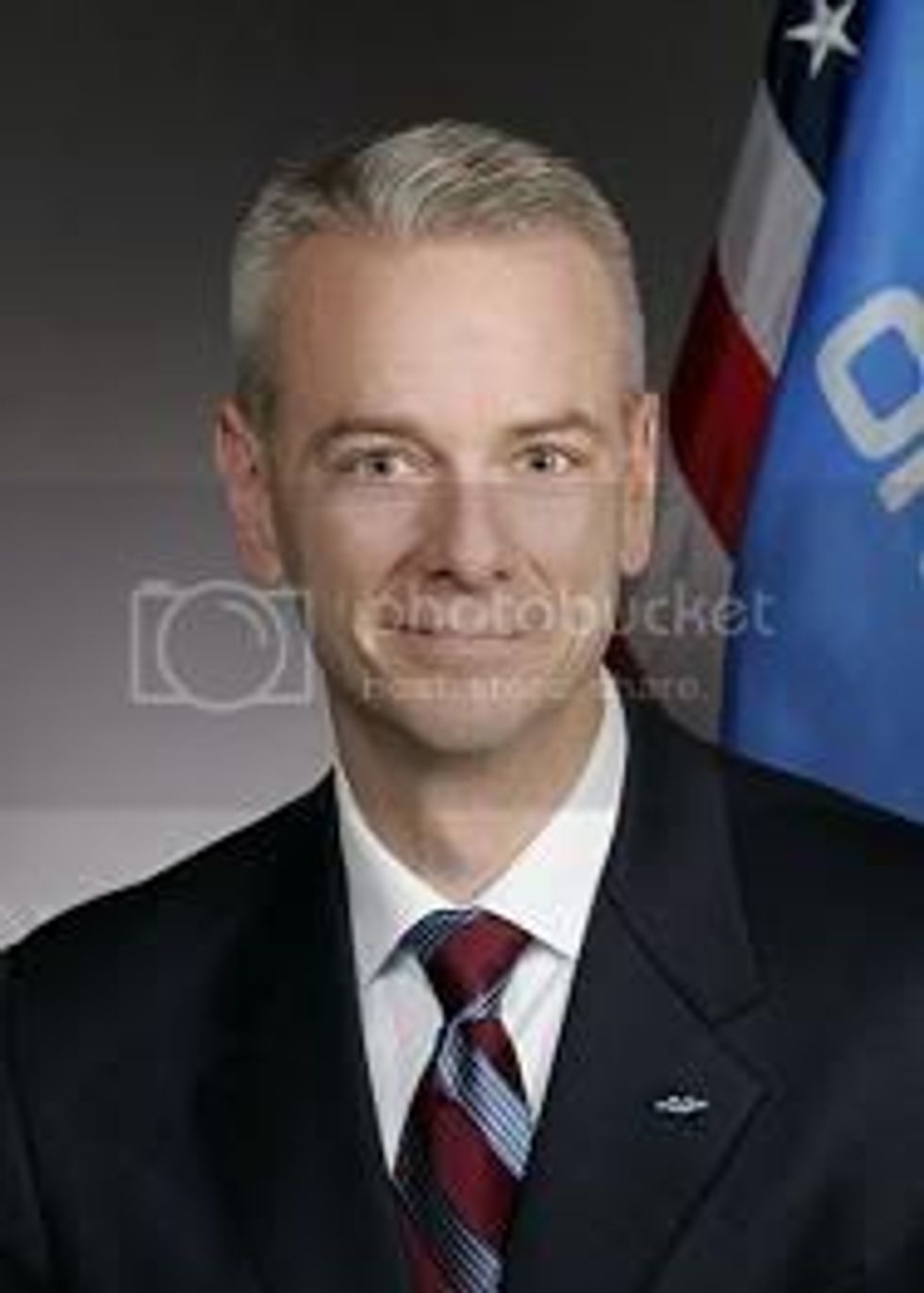 Here we are, back to the land of Sally Kern, where the hot bigoted wind comes sweepin' down the plain.

The latest piece of legislative bigotry is from State Sen. Steve Russell (R-Oklahoma City),and it's about as low as you can go. States' rights, peeps -- let's opt out of federal hate crimes protections!

In an amendment presented on the Senate floor Wednesday afternoon, Sen. Steve Russell, R-Oklahoma City, gutted a bill that had been filed to create a task force to study the Oklahoma Secondary School Activities Association, and inserted language to make changes to the state’s hate crime statutes.

Under the new provisions of Senate Bill 1965, reports that were collected during investigations of possible hate crime that did not end in a conviction would be destroyed or kept by the Oklahoma State Bureau of Investigation.

Only a few senators questioned Russell about the contents of his proposed amendment. The measure passed 39-6 and now heads to the House for consideration.

When Russell introduced this concept to his peers, he stated that he had a problem with "sexual orientation" as a protected class...it's like, you know, necrophilia.

Russell said because the government has decided to intervene on issues of morality, he is worried that religious leaders who speak out against any lifestyle could be imprisoned for their speech. "The law is very vague to begin with," Russell said. "Sexual orientation is a very vague word that could be extended to extremes like necrophilia."

...When asked about whether the state of Oklahoma should reject the $5 million in federal funds that the federal government would give to law enforcement agencies to help prosecute hate crimes, Russell said he thought about finding a way to pass his law while taking the money, but said it would be a compromise in the values of his bill.

Yes, that's how much he hates teh homoseckshuelz.

UPDATE: The reaction by Oklahoma's The Equality Network (TEN):

The Equality Network (TEN) is outraged by the Oklahoma State Senate’s 39-6 vote in support of SB 1965, a bill that forces state law enforcement officials to obstruct the provisions of the federal Matthew Shepard and James Byrd, Jr. Hate Crimes Protection Act that protect lesbian, gay, bisexual, and transgender (LGBT) people. Using an amendment to gut the language of a bill that had been filed to create a task force to study the Oklahoma Secondary School Activities Association, Senator Steve Russell (R-Oklahoma City) inserted the original text of SB 2165, a bill that the Senate Judiciary Committee had declined to pass on to the floor.

The new SB 1965 leaves LGBT Oklahomans no legal recourse if they are victims of hate crimes. Not only does the state hate crimes law exclude sexual orientation or gender identity, but SB 1965 also prevents law enforcement officials from asking for federal assistance in enforcing the LGBT-inclusive federal hate crimes law. The bill does not seek to repeal federal or state hate crimes protections accorded on the basis of race, national origin, religion, or disability. Instead, it intentionally excludes only hate crimes perpetrated on the basis of actual or perceived sexual orientation or gender identity, two categories added to federal hate crimes law by the U.S. Congress in October 2009.

“Senator Russell’s bill is truly terrifying in its implications.” warns Kathy L. Williams, Ph.D., president of The Equality Network. “This legislation sends the message that violence against LGBT Oklahomans is acceptable. It also sets a chilling precedent that Oklahoma will only enforce certain federal laws and cooperate only with selected federal agencies. We believe this unconstitutional and blatantly discriminatory bill will harm all Oklahomans, regardless of their identity and regardless of whether they are victims of hate crimes.” SB 1965 will now be considered by the Oklahoma House of Representatives. If the measure passes the House and is signed by Governor Brad Henry, it will become state law.