Judge refuses to jail activist who hung banner in Senate building, over objection of US Attorney 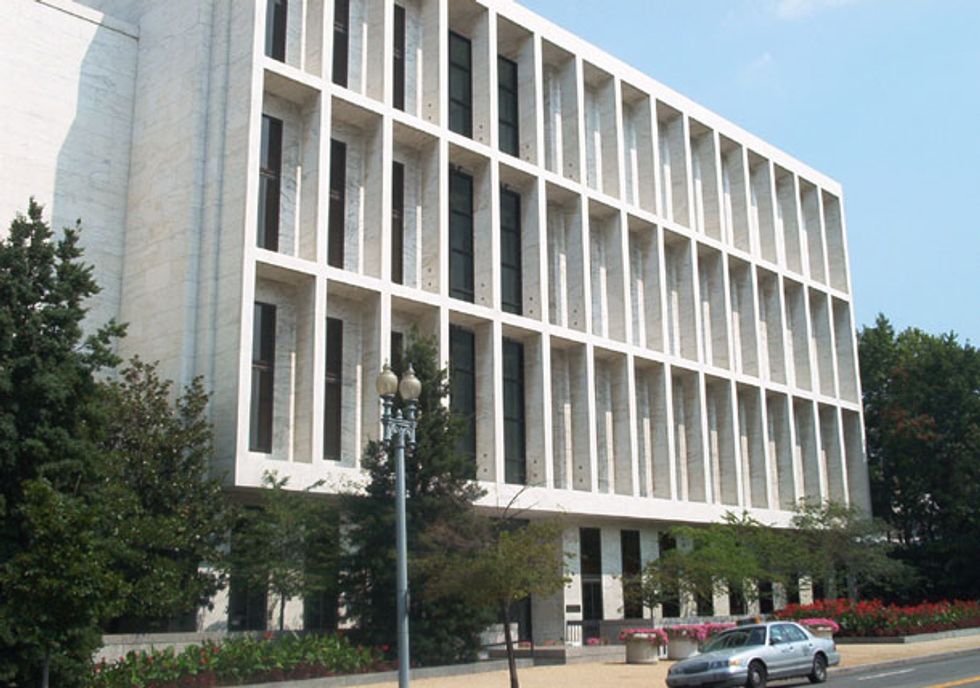 The 60 year-old Bloomfield, NJ resident was convicted May 13 of two misdemeanors¬disorderly conduct and unlawfully assembling on Capitol Grounds. He was facing up to three years in prison in today's sentencing for unfurling two banners saying "Green Jobs Now" and "Get to Work" from the Hart Senate Office Building's 7th floor into the atrium on Sept. 8, 2009, the day the Senate returned from its summer recess.

The U.S. Attorney's Office requested a sentence of three years, all of which would have suspended except 40 days. The Office was not available for comment at the time of this filing.

Because of two prior convictions for similar non-violent actions, the U.S. Attorney's Office attempted to triple Glick's maximum sentence. Glick has been arrested for non-violent demonstrations a total of 16 times.

In a noon sentencing packed with supporters that lasted approximated 30 minutes in Washington, DC's Superior Court, Judge Frederick H. Weisberg gave Glick a suspended sentence with one year of probation.

The sentence also includes 40 hours of community service and $1,100 in fines.

Weisberg stipulated that if Glick violates his probation he then faces an automatic 30 day sentence per violation.

Ann Wilcox, Glick's attorney, said, "We were really pleased with the outcome and that the Judge Weisberg had given him another chance to continue his work."

"We're happy Judge Weisberg agreed this is not the worse thing in the world to unfurl banners in a Senate building and we're glad he chose not to send Ted to jail, even for a short period of time," Wilcox added.

Mike Tidwell, founder and director of the Chesapeake Climate Action Network (CCAN) where Glick is Policy Director, said that "everyone in the climate movement should be relieved for Weisberg's decision."

But Tidwell also noted that, "The fact that the government chose to go after this case with the intensity it did, while a single person from BP has yet to be prosecuted shows how misguided the government is in its environmental policies."

"We've always maintained it was wrong that a non-violent leader like Ted be made an example of and we give immense credit to Weisberg for recognizing that what the U.S. Attorney's Office was asking for did not fit the crime," added Tidwell.

According to witnesses at the sentencing, Weisberg said that the letter writing campaign assisted him in assessing Glick's character.

Weisberg repeatedly said that he read "literally hundreds" of letters of support for Glick, while acknowledging that some were more helpful to Glick's cause than others.

Celebrities such as Susan Sarandon, Danny Glover and Ed Asner were among those who penned letters.

Within hours of sentencing and completing probation paperwork, Glick was returning to his CCAN office to prepare for the Senate's return to Washington next week, when it will attempt to work through a climate bill.