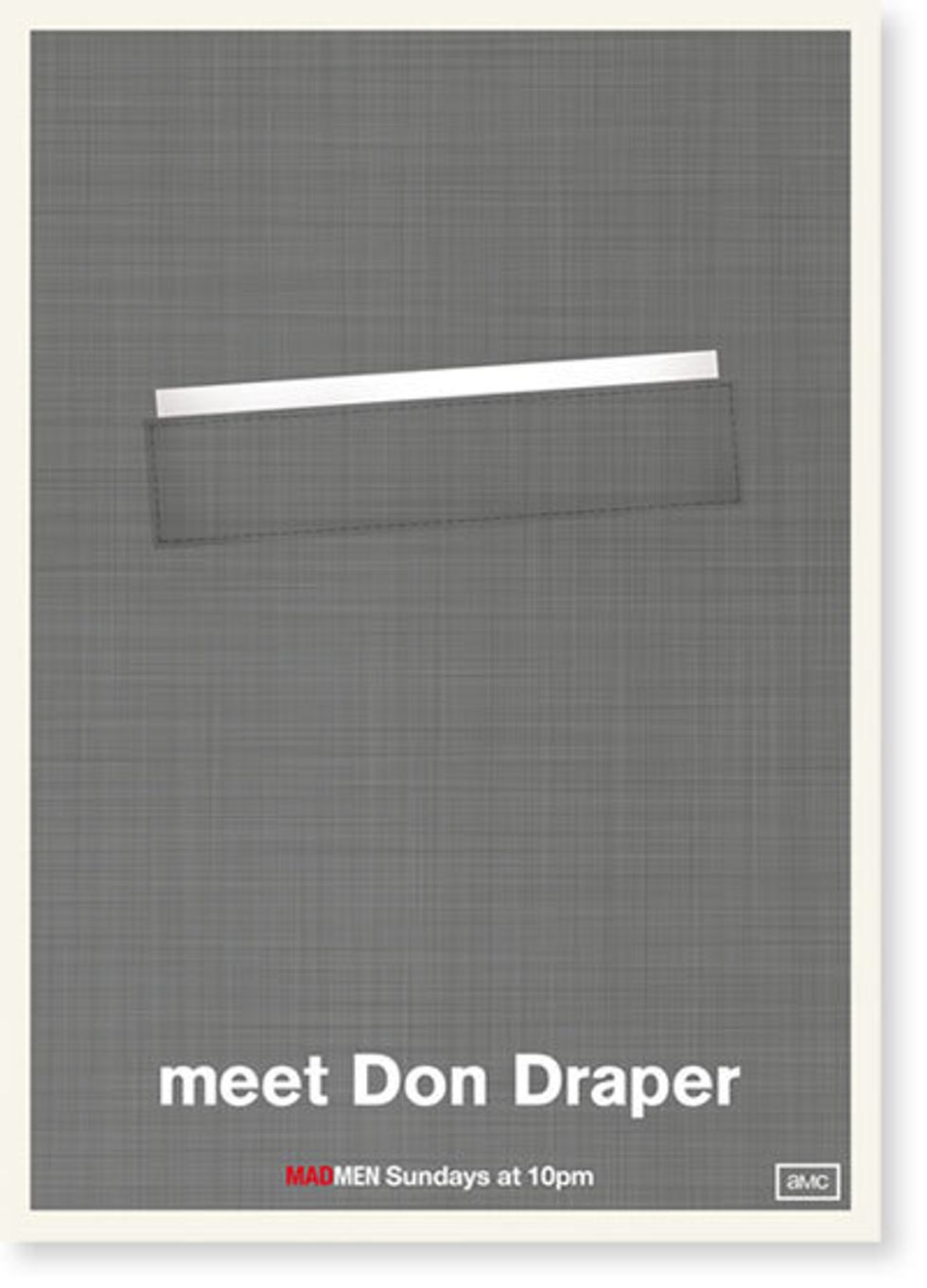 You didn't think I'd leave you hanging, did you? Not when I'm fairly obsessed with "Mad Men". I wrote a piece for Alternet before the premiere with some speculation about season four. A lot of what I predicted remains to be seen, but my biggest prediction, which is that the season finale of season three hinted at stylistic changes on the show, seems to be panning out.

The finale of season three signaled a shift in the world of "Mad Men." Viewers have no doubt that when the curtain comes up, the advertising industry players will find themselves living in the nascent days of the Swinging Sixties of our collective imagination: miniskirts, the British Invasion, the birth control pill, desegregation, and of course, the creative explosion in advertising.

(Yes, I'm aware that Peggy got an Enovid prescription in 1960, but at the time, that would have been off-label use. By late 1964, though, millions of married women and even some single women were switching to the pill.)

As I predicted, the energy of the show went up a couple of notches, as did the height of women's hair. Matt Zoller Seitz noted that along with the faster pacing of the show, the characters speak to each other more forcefully and with a bluntness that they didn't have before. This doesn't strike me as accidental; Weiner is trying to suggest that the changeover from the 50s mentality to the 60s mentality brought with it this energy, freedom, and frankness. The last scene, where Don decides to drop the mystery man act and instead portray himself as a brazen, exciting guy who is a bit of an asshole, reinforces how much this is all intentional. The meditative "Mad Men" may be over, replaced with a faster-paced show that reflects the faster pace of the time the show is set in.

GD wrote about the season premiere at Ta-Nehisi's place, and an interesting debate broke out in comments about Don Draper's tantrum with the Jantzen people. Was it a sincere moment of overwhelming anger, or did Don plan for it after the Advertising Age article made him realize he needed to remake his public image? Answering that question struck me as the linchpin of the episode. On one hand, we've seen sparks of Don's temper before, such as when he yelled at Rachel Mencken in the series premiere, or when he stomped out of a meeting with the new British owners. In most cases, his temper tantrums actually resulted in him getting his way, either immediately (as with the Brits) or after he smoothed things over (as with Rachel). But all this is just more reason I think that Don may have planned this bigger, more explosive temper tantrum. After all, his previous tantrums weren't nearly as over the top, and he rarely ended them with a delighted instruction to a secretary to capitalize on what just happened. Last season, Don spent months bowing and scrapping to Conrad Hilton, and he got shit for it. He's realizing this is a new era, where the advertisers are going to be the stars and the clients are going to line up to be a part of it all. So he staged the temper tantrum, and attacked clients that we know for a fact are having meetings with every advertising firm in town. In other words, he made sure that when he exploded, he did so in a way that the news would spread all over town in minutes.

But what is really telling is something that a commenter at Ta-Nehisi's blog pointed out---the B plot is all about feigning conflict to get attention. Don scolds Peggy for the Sugarberry ham stunt, but just a couple scenes later he's pulling a similar stunt in order to attract attention to the firm. Of course, the actresses who got into the ham fight really did end up having a fight, and I suspect that's because we're meant to assume that Don is going to start inhabiting this new role he's created for himself just as thoroughly. But as a stunt, it will work. There will be fallout, but the primary objective of drumming up business will be achieved.

I had mixed feelings about Don's conclusion that he should create and trumpet conflict, and use gossip as a marketing tool. On one hand, it was delightful to see him get his mojo back after what had obviously been a trying year for him. On the other hand, we were also witnessing a fictionalized version of the creation of the celebrity-centric culture that has grown particularly tawdry in recent years. In Don's glowing account of the way they got away from Sterling Cooper, I could hear the end game of that kind of journalism, which is a nation of assholes enjoying Lindsay Lohan's personal crisis, as if she's not a human being who deserve sympathy instead of abuse. I heard an impeachment trial over an adultery. But perhaps I'm overthinking it. The era of holding your cards so close to your chest didn't do much for people's well-being. The benefits of a culture based around individual stories and even gossip have been profound, as well---the second wave of feminism was able to ride the use of personal stories documenting sexism straight to massive social and policy change for women. The high note of rock music as the episode went out was there to encourage us to view this new personability with enthusiasm; we're meant to feel its liberating effects.